How US troops responded to liberating the Dachau Concentration Camp 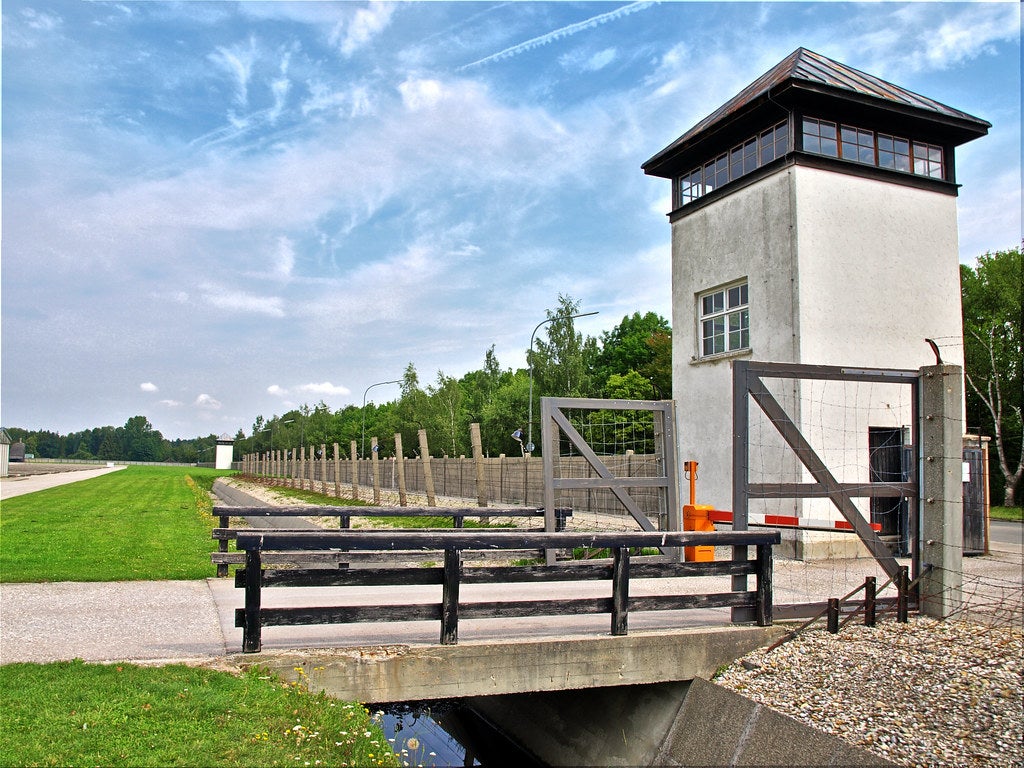 This camp was near the Bavarian city of Dachau, and and human feces.

Unlike at Ohrdruf, the American GIs were going to make sure some of the surviving Nazi SS camp guards paid a price for what they did there.

When the Americans first arrived, the SS guards were still firing at them in short bursts. The 45th was soon joined by the 42 Infantry Division under the command of Brig. Gen. Henning Linden. The Nazi garrison was substantial but no match for both Infantry Divisions. Most of the prison complex’s SS garrison and leadership had already fled.

A Swiss representative of the International Red Cross was called in to negotiate the camp’s surrender.

On April 29th, SS Lieutenant Heinrich Wicker surrendered to Gen. Linden and the Americans began to secure the main camp. Once inside, the U.S. troops were horrified and enraged by the scene. There were hundreds of corpses strewn throughout the prison complex, along with rooms full of stacked, emaciated bodies.

They took 100 SS guards prisoner amid a growing typhus infection among the camps inmate population, which numbered as many as 32,000. But not all of the SS soldiers had surrendered. Those who were still fighting were manning the guard towers. Sparks left some of the Nazi POWs under the watchful eyes of a machine gun team and began to make his way toward the fighting.

Almost as soon as he’d begun to walk away, he heard a young private shout that the SS guards were trying to get away, before an eruption of machine gun fire split the silence. Returning to the scene, he found a dozen or more SS prisoners gunned down by the team. Elsewhere in the camp, U.S. troops were looking the other way when former inmates began to assault the camp guards.

Some SS troops attempted to get away, but were chased down by the former prisoners and severely beaten or killed.

In all, Sparks estimates that around 30-50 SS camp guards were either killed by American troops or allowed to be killed by former Dachau inmates. The rumor about Americans killing all the SS guard was later spread, but Sparks disagrees with the rumor.

An Army investigation of the incident alleged 21 deaths were perpetrated by U.S. troops, with another 25 attributed to the former prisoners. General George S. Patton, as military governor of Bavaria, received the report and the charges of Sparks being complicit in the reprisal but tore up the charges.

For his part, Gen. Dwight D. Eisenhower, who had personally witnessed the Ohrdruf Concentration Camp liberation along with Patton, simply cabled Washington that the camp had been taken by Americans and that 300 SS guards were “neutralized.”

Sparks noted that the “good citizens” of the nearby city of Dachau were forced to assist with burying the remains of the murdered prisoners. The 45th Infantry Division was soon on its way to Munich, the capital of Bavaria, and was fighting in the streets the next day.