This trendy watch strap was invented by French combat divers 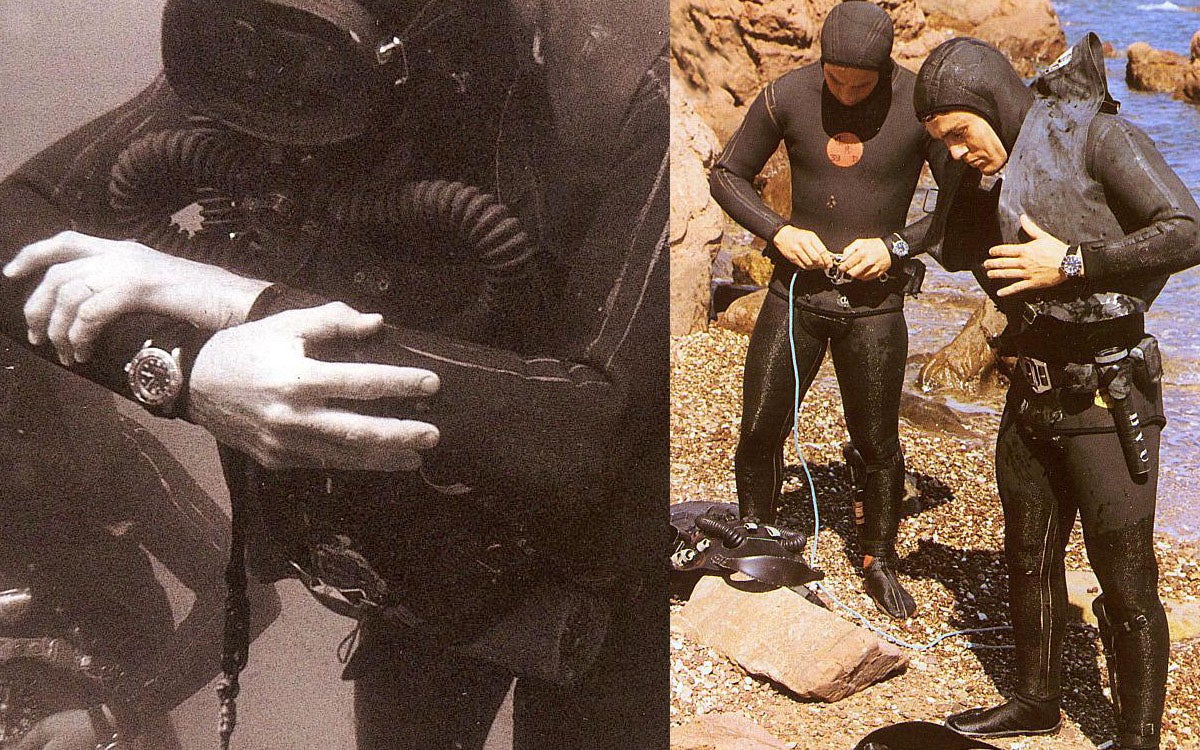 With the surge in popularity of smart watches and the revival of the traditional wrist watch, timepieces and their associated accessories are flooding the market. One of the easiest ways to personalize a watch is with a new strap. Looking for something rugged with a pop of color? There are rubber straps available in every color across the spectrum. Wanna dress your watch up a bit? Try a cowhide, snakeskin, or even crocodile leather strap. One watch strap that has really taken off in the last few years is the elastic nylon strap. Stretchy, breathable, and available in tons of colors and patterns, the strap’s popularity has spawned dozens of variants from a plethora of retailers. But, they can all trace their roots back to the French Navy.

Necessity is so often the mother of invention. In the military, troops commonly innovate with the resources available to them in order to properly equip themselves for their mission. One of the most challenging fields in the military is faced by combat divers. In order to ensure safe dives, frogmen wear specialized diving equipment like dive watches to keep track of their elapsed underwater time. While this is easily accomplished today with an electronic dive computer, 20th century frogmen relied on precise mechanical dive watches. But, the accuracy of the watch was pointless if the diver couldn’t wear the watch over their wetsuit. The French Navy came up with a clever solution.

Known natively as the Marine Nationale, the French Navy is one of the world’s oldest naval services dating back to 1624. As the French built their military up after WWII, one area of focus was underwater operations. French naval officer and explorer Jacques Cousteau drove this foray into the field with the invention of the aqualung and the founding of an underwater research group in the French Navy.

During the 1960s and 1970s, the watch world saw a boom in dive watches. Many watchmakers like Rolex and Omega supplied dive watches to the world’s militaries. The French Navy issued their frogmen a variety of brands including Tudor (a more affordable brand under Rolex that was also issued to the U.S. Navy SEALs), Doxa, Triton, and ZRC. However, these watches were issued without watch straps. With just the watch head, French divers were forced to furnish their own straps.

Some divers followed the lead of their British counterparts who had invented the Zulu and NATO nylon watch straps. While these straps were tough and proven in the field, they had to be resized between wearing the watch on a bare wrist and over a wetsuit. Eventually, the French frogmen took to cutting strips of elastic webbing from their parachutes to make watch straps. The stretchy material allowed them to wear their watches on and off duty without having to adjust them.

The elastic watch strap invented by the French frogmen became a popular watch accessory in a niche civilian market. Called the NDC (Nageur de Combat, French for combat diver/frogman) strap, the lack of surplus parachutes led to the creation of civilian replicas. While these replicas offer a wider variety of colors and patterns, a few retailers still manage to source NOS parachutes to make NDC straps as close to the originals as possible. If you’re looking for a unique bit of genuine military history, or just want to revitalize your wrist device with a comfortable and durable strap, consider the NDC strap invented by the French combat divers that it’s named for.