An Army officer was why Teddy Roosevelt had to quit boxing 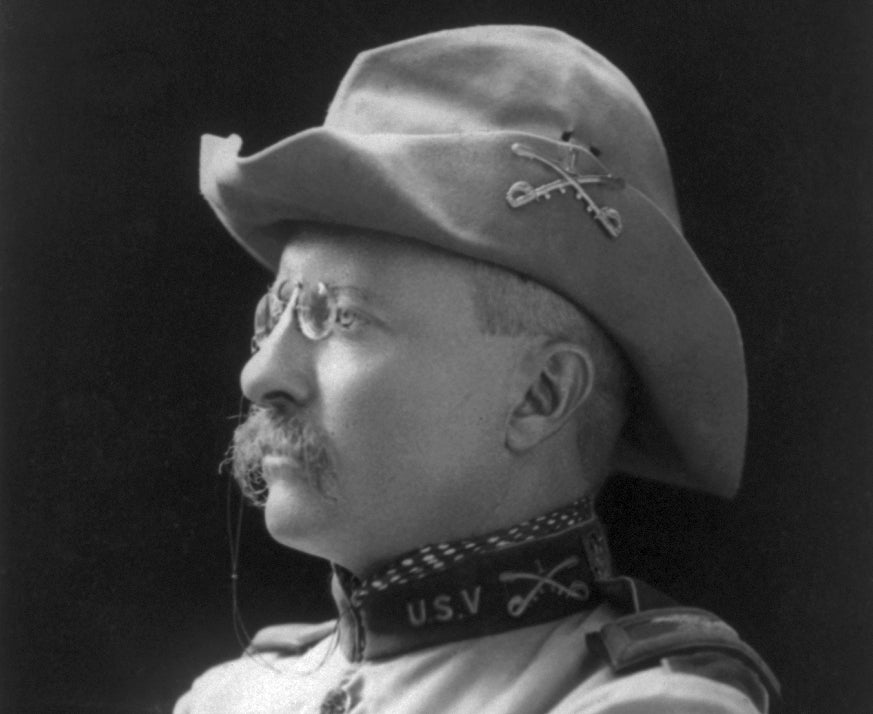 America’s 26th President was well-known for his love of fisticuffs. He could be considered one of the world’s first mixed martial artists, considering his love for jiu-jitsu, wrestling, and, of course, boxing. He would have to give up boxing after holding a series of bouts at the White House. He challenged an Army artillery officer to a match, and the officer rung the Commander-In-Chief’s bell so hard, TR couldn’t see straight.

Theodore Roosevelt’s glasses were so synonymous with the President, they might as well have been trademarked. The President had eye troubles from an early age and wore spectacles for all of his adult life. His glasses never prevented him from doing any of the amazing feats to which he is credited, including boxing matches. Just don’t call him “four eyes.”

Read more: This is how Teddy Roosevelt wins a bar fight

Even as President, he would get so caught up in his enthusiasm for boxing that he would ask professional boxers to hit him in the jaw as hard as possible, even while in the West Wing. And the President had no reservations about hitting those same boxers right back.

He challenged a military aide, Capt. Daniel T. Meade, to a boxing match at the White House. Knowing the Commander-In-Chief’s demand for the highest possible effort at all times and that he would be in trouble only if he didn’t give his boss the fight of his life, Capt. Meade delivered a blow that changed Roosevelt’s life forever.

Meade, the President, and Kermit Roosevelt were in the White House gym one day when Roosevelt told Meade to put on his boxing gloves.

“When you put on gloves with President Roosevelt, it was a case of fight all the way,” Meade later wrote. “… he wanted plenty of action, and he usually got it. He had no use for a quitter or one who gave ground and nobody but a man willing to fight all the time and all the way had a chance with him.”

Roosevelt wrote in his autobiography that Meade’s punch smashed the blood vessels in his left eye and “the sight has been dim ever since. … Accordingly, I thought it better to acknowledge that I had become an elderly man and would have to stop boxing.” Doctors later believed Meade’s hit may have detached part of Roosevelt’s retina.

For Meade’s part, he had no idea the hit blinded the President. Roosevelt would not reveal the fact that he was blinded by the hit until relaying the story in 1917, twelve years after the incident occurred. By this time, Capt. Meade had become Col. Meade and confirmed the story to The New York Times.

“I give you my word I didn’t know I had blinded the Colonel until I read about it in the paper a few days ago,” Meade told the New York Times. “I shall write the Colonel a letter expressing my regrets at the serious results of the blow.”