Vet the Vote is thanking veterans for their service, again

How you can safeguard freedom with ‘Vet the Vote’ 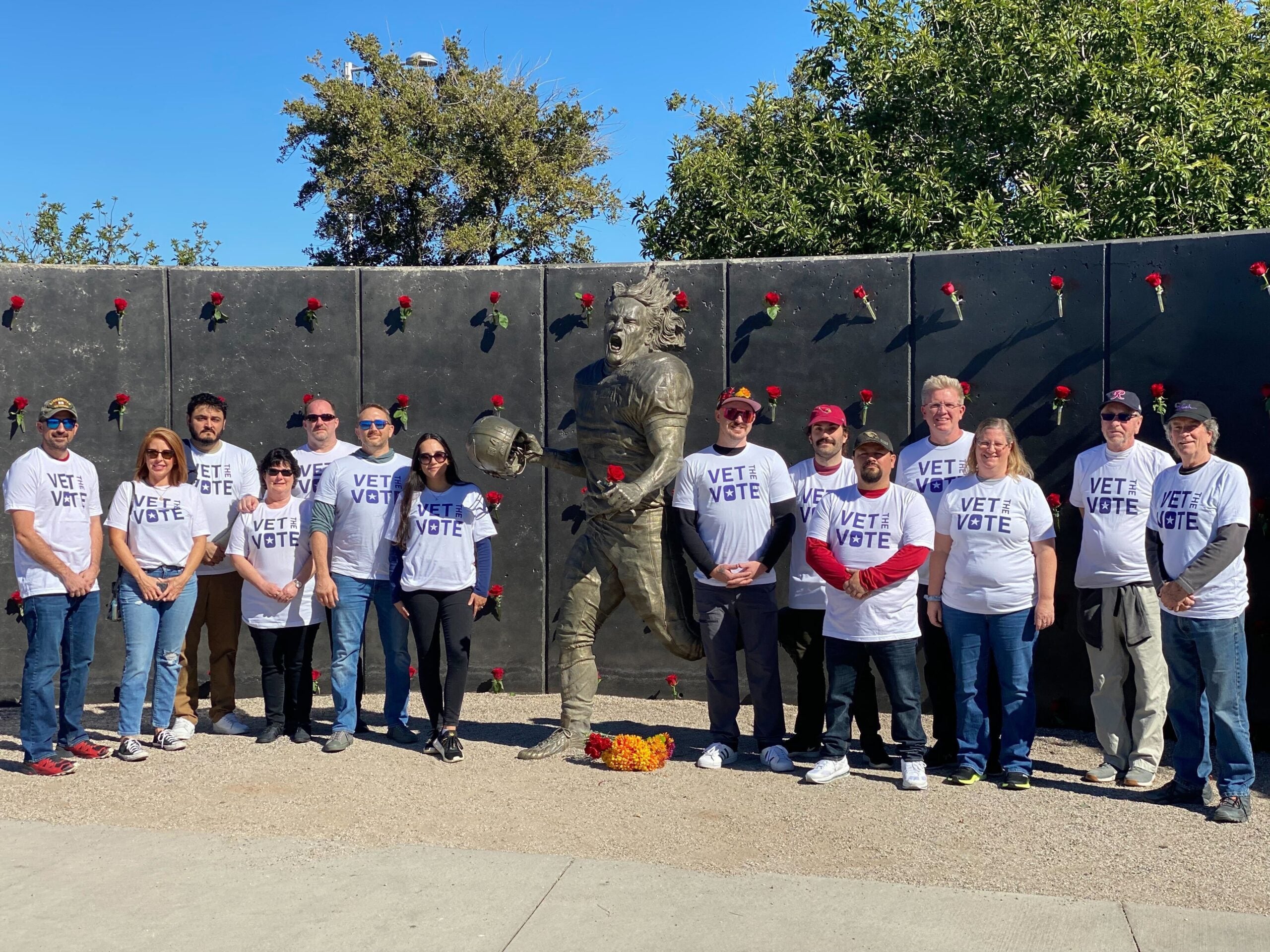 Photo courtesy of Vet the Vote.

This past Tuesday, 18 year olds all over the United States cast ballots in a general election for the first time in their lives. They filled in little bubbles with pencil, pressed buttons on a voting machine, and delivered sealed ballots to drop boxes and mailboxes. No matter how, where, and for whom they voted, each of these young people were initiated into a democratic tradition that helps define our nation.

A couple decades ago, I felt nervous walking into my suburban Philadelphia polling place for the very first time. But my nerves quickly calmed when I was greeted by my aunt and my high school classmate’s mom.

My aunts regularly volunteered as poll workers. Each cycle, they joined other community volunteers to ensure voters like me were able to cast our ballots in an organized and efficient way. If votes are the fuel of elections, poll workers and election judges are the engine.

That’s why, for the past year, I’ve been leading an organization that recruits poll workers from the ranks of veterans and military families. Our efforts at Vet the Vote yielded more than 63,000 volunteers for the 2022 midterms.

We leveraged the civic pride of a community that is respected by the American people for their service and sacrifice. We believe that those who have served and their families are trusted champions of democracy, who can preserve and carry forward faith in the electoral process.

The act of voting is unlike any other civic activity in America. All at once, voting is a national, regional, and local event. Voters elect representatives in Washington; at their state capitals; and in their local counties, cities, and towns. Where the rubber meets the road—at the polling place—voting is an inherently local endeavor, organized and run by your friends and neighbors.

Veterans represent a diverse cross-section of Americans. They come from every socio-economic group, every ethnicity, and every corner of the country. They are old and young, urban and rural, male and female, progressive and conservative.

Veterans make up about 7.2% of all adult Americans, but our estimates are that this election cycle they will be 12-15% of all poll workers.

We weren’t able to recruit veterans and military family members alone. We built a wide coalition of veteran and military family-facing organizations that helped us activate large constituencies across the country. For many veterans, the participation of their affiliate organization lent credibility to our efforts. We also received massive support from the NFL as part of their NFL Votes campaign and from the Department of Veterans Affairs, who helped broadcast our call to millions of veterans.

Amid pre-election news stories that warned of potential violence at the polls and the erosion of trust in the system, the feedback we’ve gotten from our veteran and military family volunteers is overwhelmingly positive.

The majority of the folks we recruited had never served as a poll worker before. They shared that volunteering in this capacity was an honor and an extension of their service to the country in uniform. They connected a functional electoral system to a strong democracy. And they told us that they had taken an oath to protect this country from all enemies, including those who might try to meddle in our elections.

Perhaps just as crucially, recent data from More in Common has shown that 85% of American voters said that having veterans serve as poll workers has maintained or increased their confidence in the electoral process this cycle.

My aunts—like many long-time poll workers—are getting older. They won’t be around to work at the local polling place forever. That’s why I am proud to have played a role in introducing Americans to the next wave of poll workers.

Remember next time you go to the ballot box that the person checking your name off or resetting your voting machine, may have served in uniform before serving to support the election. And this Veterans Day, remember to thank them for that service as well.

Ellen Gustafson is the co-founder and co-executive director of We the Veterans and the Vet the Vote project. She is an active duty Navy spouse who lives in Virginia Beach.