3 reasons Russia has struggled against Ukraine, according to the famous 'Doctrine Man' - We Are The Mighty

3 reasons Russia has struggled against Ukraine, according to the famous ‘Doctrine Man’ 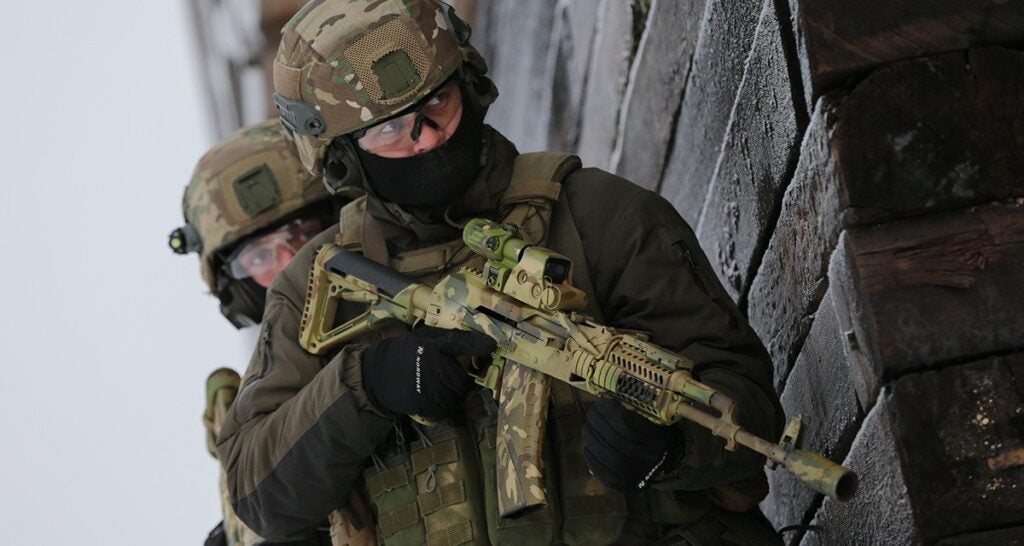 If you are a steward of the profession of arms and are on Facebook, you’ve probably heard of Doctrine Man. Created by former Army strategist and Colonel (ret.) Steve Leonard, the enormous social media platform began as a humble and snarky cartoon sent via work email. Leonard is also a graduate of the School of Advanced Military Studies, a Senior Fellow at the Modern War Institute at West Point and a co-founder and former board member of the Military Writers Guild. In other words, he knows his stuff.

On his Doctrine Man Facebook page, Leonard had this to say. “If you want to understand why Russia has struggled so much in their war on Ukraine, tactically and operationally, it comes down to this: they can’t integrate and synchronize. Institutionally, the lack of an NCO corps is killing them. And strategically, they’ve bought into their own bullshit for so long it lulled them into a false sense of superiority.”

Infantry allows you to take and hold ground and is the heart of combat arms operations. That said, armor can provide protection, mobility and augmented firepower; artillery can provide long-range fires and even concealment; and air support can provide additional fires and even reconnaissance. However, the combination of these combat arms elements is what makes a successful conventional military operation. Germany demonstrated the effectiveness of this type of warfare in the opening stages of WWII with blitzkrieg.

Close air support struck enemy positions and was quickly followed by motorized infantry supported by armor and artillery. The United States again demonstrated the effectiveness of a properly coordinated combined arms operation during Operation Desert Storm. In Ukraine, Russian forces appear to lack the integration and synchronization to combine their combat power and maximize its effectiveness. Air support does its own thing and suffers for it while ground units are filmed scattering in disarray during ambushes.

Non-commissioned officers are the backbone of the US military. Leveraging years of experience, they know what needs to be done to complete the mission. Properly supported and equipped by a good command team and given charge of trained and disciplined troops, an NCO will get the job done. For this reason, the US military places great emphasis on the development and education of its NCOs across the military. Other countries like Nepal have modeled their own NCO corps after this and reaped the benefits of having skilled enlisted leaders who are able to interpret intent and seize the initiative on the battlefield. Russia, on the other hand, maintains Soviet-era doctrine and holds decision-making power at more senior ranks. In fact, U.S. tank doctrine during the Cold War dictated that a Soviet vehicle with an antennae was a primary target since it was likely a commander’s vehicle, the loss of which would leave the rest of the force in disarray. This is exactly what the world is seeing in Ukraine with Russian command posts being constantly targeted and the life expectancy of commanders getting shorter and shorter.

Don’t buy your own bullshit

As Doctrine Man said, Russia has bought into their own bullshit. By flexing military might on the world stage, the country told the world that they are a force to be reckoned with. However, a claim of military strength is no good if your forces don’t have the ability to back it up. Basic planning appears to be lacking within the Russian military and is evidenced by reports of formations running out of fuel and food during advances. This is further highlighted by the number of Russian vehicles that have become bogged down and/or disabled and abandoned, only to be recovered by a Ukrainian farmer with a tractor. Military analysts have pointed to Russia’s performance in this war as an indication of a lack of training and preparedness likely caused by an overestimation of ability. That said, Russia’s military actions in Syria demonstrate its ability to overpower civilian populations and snuff out insurgency through brute force. Time will tell if reports of these kinds of tactics were used in Ukrainian cities and to what degree.