Today in military history: Last US ground forces leave Vietnam - We Are The Mighty 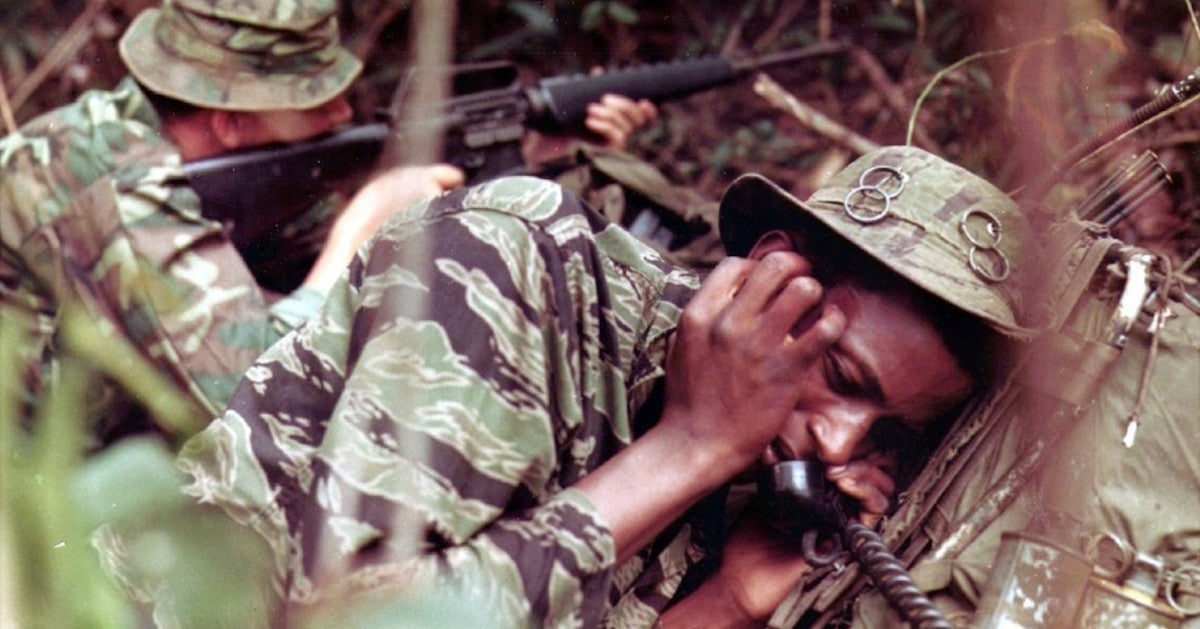 The American experience in Vietnam was a long and painful one for the nation. For those against the war, it appeared to be a meat grinder for draftees, unfairly targeting the poor, the uneducated, and minorities. For those in favor of the war and those who served in the military at the time, the American public and media were (and still are) misled about what happened during the war and so feel betrayed by many at home (Jane Fonda is the enduring symbol of the cultural schism).

After eight years of fighting the Vietnamese Communists, the United States withdrew the last of its combat ground forces from the country, leaving behind some 43,500 advisors, airmen, and support troops, including nearby naval posturing.

As the war plummeted in popularity, President Nixon announced his intentions to “Vietnamize” the conflict. That is, enable South Vietnamese to assume more responsibility and gradually withdraw U.S. forces.

The last of the American troops withdrew in 1973 and two years later, North and South Vietnam would be unified under Communist control.

More than 3 million people were killed in the conflict, including 58,220 Americans with another 150,000 wounded, in a war that divided the American public for decades. The war ended the Presidency of Lyndon Johnson and left a lasting impression on Richard Nixon’s. It was the backbone to the most tumultuous period in American history since before the Civil War one century prior.