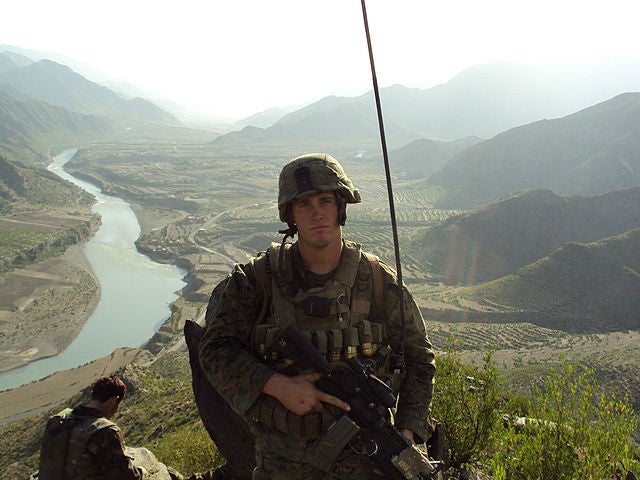 When people think about the military, rigid discipline and hierarchy come to mind. One imagines a hard-nosed drill instructor barking orders at new recruits or a soldier saluting every time an officer is on deck. From a civilian point of view, it might feel difficult or even unfair. Discipline is very important for any army to function properly. It ensures the smooth transmission of orders and the swift implementation of these decisions.

However, sometimes, soldiers choose not to follow orders. In the heat of the actions, their evaluation of the situation is very different from that of their superior, and they decide to act according to their conscience rather than their orders. Thanks to their risky choice, some of these soldiers became heroes. They save lives, cities or the entire world. Here are the stories of 5 heroes who said no.

The Man with the Tank

The Korean War claimed countless lives, including that of 34,000 Americans. On April 24, 1951, the U.S. Army received orders to retreat to the south, but a company of Rangers was trapped, unable to move from their position. Then-Lt. David Teich volunteered to stay behind and organize a daring extraction. His captain replied: “We’ve got orders to move out. Screw them. Let them fight their own battle.” But despite the threat of 300,000 Chinese soldiers fast approaching, Lt. Teich felt a “moral obligation” to try and help his fellow soldiers.

Ignoring the orders, he led four tanks northward. Army Ranger E.C. Rivera, the soldier who crawled up a napalm-fried hill to radio in about his company’s predicament, described these tanks as “the most beautiful sight of [his] life.” So many men boarded the tanks that the guns were no longer visible. Thanks to Lieutenant Teich’s disobedience, 65 lives were saved on that day. He continued his career to become a major, and survivors still call and write to him in thanks for his heroic actions.

The Man with the Humvee

On the evening of September 8, 2009, a joint American-Afghan mission to meet the elders of the village of Ganjgal was awry when the 40 men were ambushed by 150 heavily armed Taliban. Upon hearing the news on the radio, Cpl Dakota Meyer and his friend SSgt Juan Rodrigez-Chavez requested permission to go in to help their fellow soldiers, but they were denied four times. Eventually, they decided to ignore the orders. With Rodrigez-Chavez behind the wheel of a Humvee and Meyer manning the turret, they charged into the line of fire.

Over the course of six hours, they made five trips into the village, despite taking heavy fire. Alternating between shooting a defensive barrage of .50 ammo at the Taliban and loading the wounded into the humvee with one hand while firing his M4 with the other, Cpl Meyer, alongside the driver Rodrigez-Chavez, managed to save 36 out of the 40 men who were ambushed. Unfortunately, on their fifth trip, they discovered the bodies of four Marines who had already died in a ferocious last stand. They still managed to bring the bodies back so they could be properly honored. Cpl Meyer was awarded the Medal of Honor and the chance to down a cold one with President Obama for his heroic actions.

The Man without a Gun

Due to his religious beliefs, Desmond Doss was a conscientious objector. He refused to bear arms or to kill an enemy. Despite these beliefs, he joined the U.S. Army in 1942, where he became a medic, and he was sent to the Pacific Theater with his platoon. In April 1945, in Okinawa, while attempting to occupy an escarpment known as Hacksaw Ridge, his battalion was taking artillery fire and 75 men were wounded in the attack. Corporal Doss refused to take cover alongside his fellow soldiers and went on to rescue all 75 of the wounded.

Crawling under heavy fire, he moved them one by one to a safe area where they could receive medical attention. In the following 22 days, he rescued many more men, exposing himself to danger without a second thought and placing their lives before his. He was eventually wounded by a grenade and by a sniper bullet. He always refused to carry any sort of weapon to defend himself. His actions earned him a well-deserved Medal of Honor after the war.

The Man who saved Paris

After the invasion of Normandy in June 1944, the Allies began to retake France from the Germans, bit by bit. Seeing the Allies approaching Paris, Hitler gave the general in command, Dietrich von Choltitz, the order to destroy all religious and historic monuments in Paris, leaving the French capital in ruins, if it ever was to fall to the Allies. According to the legend, the Fuhrer called von Choltitz, yelling “Is Paris burning?” The general had different ideas and refused to carry out the destructive order. According to him, “If for this first time I disobeyed, it was because I knew Hitler was crazy.” On the August 25, 1944, he surrendered the intact city to the Allies.

The Man who saved the World

In 1983, the tensions between the USA and the USSR were high and the Cold War was colder than ever. The two powers were in possession of nuclear arsenals that could cause unimaginable damage all around the world if launched. They were only used as a dissuasion device, but the threat was on everybody’s mind. On the September 16, 1983, LtCol Stanislav Petrov was in charge of monitoring Oko, the USSR’s nuclear attack early-warning system. When one of the satellites announced that the USA had launched five ballistic missiles. Such an attack warranted immediate retaliation.

However, Petrov had “a funny feeling in [his] gut.” He reported the detection to his superiors, according to protocol, but as a false alarm. Had he reported it as an attack, the retaliation would have started a nuclear war. Such an event would have led to destruction on a planet-wide scale. By trusting his instinct rather than a faulty system or any anti-American feelings, Stanislav Petrov probably saved the world.