6 benefits of deploying with a marine expeditionary unit 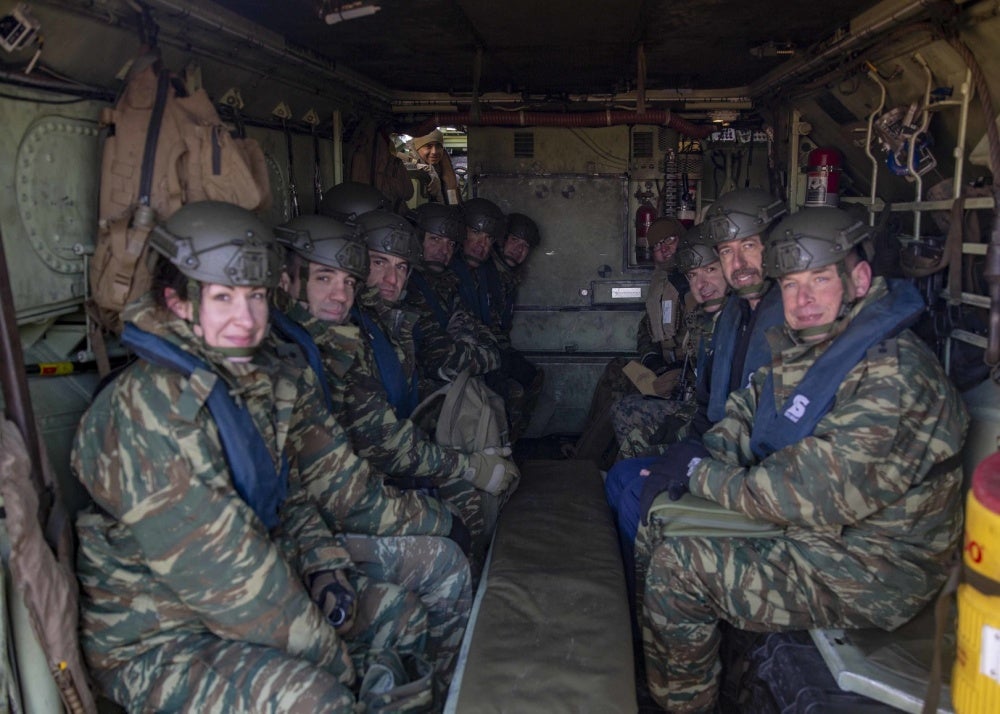 A Marine Expeditionary Unit, also known as an MEU, is affectionately called a booze-cruise in the Marine Corps. The purpose is to provide safety and security to our interest abroad by rapid response to any situation. Missions vary and can become intense, however, most of the time that is not the case. For the Marine deployed this way it means gym time, movies and exploring exotic countries when the fleet hits port. They call it a booze-cruise for a reason.

1. You get to see the world

When a Marine Expeditionary Units patrols the world’s oceans, it is an asset to the president and essential to the security of our nation. Those fleets need to refit and refuel from time-to-time and for the crew, it means liberty. After the resupplying a ship, the idle Marine and sailor may be granted permission to have a mini-vacation in another country while the ship refuels. I’ve been to countries like Turkey, Bahrain, U.A.E., Spain, Djibouti, Cuba, Haiti, and others that I would not have had the chance of visiting. I almost died whitewater rafting in Turkey – no regrets. Port can be a lot of fun in between long periods at sea.

2. Walk a mile in another branch’s shoes

The Navy and Marine Corps when placed in close quarters will butt heads. Anyone would whether it is a tent or a ship. Long periods of isolation will do that. However, when Marines conduct amphibious operations and training in foreign countries and the physical challenges, that entails inspires respect. When Marines see sailors and what they have to do to keep the ship from hitting the bottom of the ocean, it inspires the same. If the sailors would stop ransacking our MRE stores maybe we would share the gym.

3. You appreciate what makes your branch different

The relationship between officers and enlisted in the Marine Corps is more palpable than in the Navy. Marine officers are approachable with regard to the mission and do not believe they are better or less than their enlisted. The Marine Corps will attempt to treat everyone equally if they are able to. Of course, rank has its privileges but there is a mutual respect. Aboard a Navy ship, Marines are often shocked that this is not the case. It’s the little things. For example, at the chow hall, Navy officers are served made-to-order eggs or omelets while the enlisted get powdered eggs. It’s the Navy, they have the funding, there is no reason why that is a thing. If the Marine Corps, a branch that is willing to fight naked with sticks if need be, can afford eggs, then the Navy should damn well be able to. It’s 2021. That’s just bad leadership. Before anyone says anything about space and manpower, I was on a two-month working party on a ship helping rearrange the food stores – there’s room. Things like that make Marines appreciate the Corps. We thought our food was bad.

This one time the captain said over the intercom that if anyone one was interested in whale watching, there was a pod swimming next to us on the starboard bow. What. You don’t see that every day. Another cool event is watching dolphins. The sailors in charge of recreation put the Titanic on every TV on the ship when we crossed the Atlantic for the first time. ‘Har, har, I’ll change the channel.’ It’s on all of them.

5. You’re literally the tip of the spear

While every branch considers itself the tip of the spear, Marines and sailors on a MEU are actually the tip of the spear. When the earthquake hit Haiti in 2010 it was the 24th MEU who first responded to the situation. No cameras, no CNN, no Red Cross, it was the Marines and sailors who landed and provided aid. When everyone else showed up, other nations and branches over a period of two weeks, we handed the situation over and continued our mission elsewhere. Marines walk the walk. We’re always first.

6. The fleet may end up fighting pirates

They’re not the Pirates of the Caribbean variety by any means. Somalian pirates routinely attack merchant ships and ransom the crew. The Navy is tasked with protecting American and allied vessels at sea in conjunction with its other missions. While on the 24th MEU, my platoon was awoken by our company Gunner Sergeant after he kicked down our berthing door and yelled, “Everyone get to the armory! We’ve got pirates!” We weren’t sure if he was joking. The following, “Get the f**k up!” confirmed that he, in fact, was not joking. The U.S.S. Ashland was attacked by a tiny pirate boat that mistook the war vessel for a cargo liner. When merchant vessels call for aid, the U.S. military answers the call.