This Marine became the Chief Brand Officer for USAA 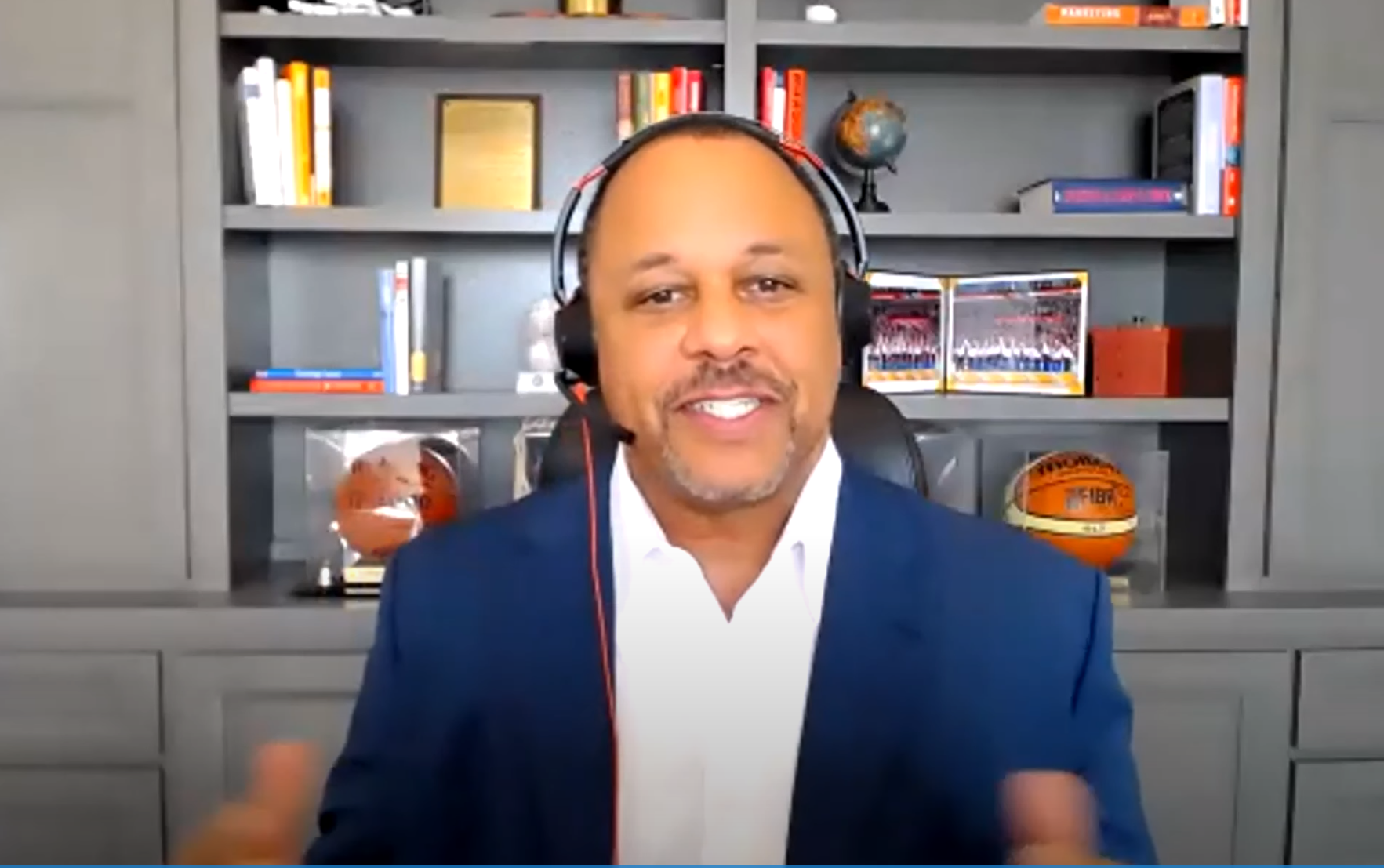 Tony Wells in a video by John Hopkins University https://www.youtube.com/watch?v=ubBVPc--ZNA.

Tony Wells’ journey from Marine to leading USAA’s brand wasn’t easy. But his diverse career after his service made him the perfect person for the job.

“I grew up in the Washington D.C. area and obviously there is a very heavy military presence there,” Wells explained. His mother was a teacher and his father a pharmaceutical representative, both successful in their own right. “I was very fortunate to have a number of family members that either served or had connections.”

Although he eventually became a proud Marine, it wasn’t always the plan.

Recruited by the Naval Academy to play basketball as a senior in high school, it was the first time Wells really considered a career in the military. His maternal grandfather served during World War II as a Steward and Driver for a Navy captain. As a Black American, it was one of the few jobs they were allowed to hold within the military during that time period. “For him, it was an absolute moment of pride when I graduated from the Naval Academy many years later,” Wells shared. “The idea that his grandson would be a Marine officer was just a dream come true.”

So, why did Wells choose becoming a Marine over a sailor? As a midshipman during his junior year, he was assigned to a Marine unit. “We went to Bridgeport, which is where Marines do mountain warfare training. I just had an unbelievable time and seeing the relationship between the staff NCOs and officers, for me it was just a different experience…It felt more like what I wanted to embody as a military leader,” Wells shared.

In 1986, Wells commissioned as a Marine Corps Infantry Officer and headed to the fleet. Wells shared that being an “Officer of Marines” was the greatest job he’s ever had. “Being of service to country and for me, having those basic leadership philosophy foundation approaches ingrained early has served me well,” he said.

Wells deployed with the 1st Battalion 8th Marines out of Camp Lejeune to the Mediterranean. He was a rifle and weapons platoon commander during this time. He then had the opportunity to become a company commander. “It was a very unique opportunity for me as a 1st Lieutenant,” he said. Wells served under Michael Hagee, who would go on to become the Commandant of the Marine Corps.

After PCSing to Marine Corps Recruit Depot in San Diego, Wells had the opportunity to take on a secondary MOS and was trained to be a Public Affairs Officer. When he returned to San Diego after completing his training, the first Gulf War began. Wells found himself on the evening news…Wells found himself on the evening news, briefing the nation on how recruits were handling training as they prepared to deploy. “It was a great leadership experience and a great practical opportunity for me to transition. That became how I ended up transitioning to civilian service,” he explained.

Wells dove into his new civilian career with Nissan, working as their Corporate Communications Manager and eventually an Advertising Manager. After almost six years with Nissan, he moved on to other various marketing roles for different companies and industries. While working for one of them about 20 years later, he had a conversation with USAA.

“It was like coming home. I’ve been a USAA member since I was at the Naval Academy,” Wells shared. “It’s just been a tremendous experience around this idea of how important the mission is. I would say my whole business career I haven’t experienced the pull of the mission and alignment since the Marine Corps.”

Although Wells said he’s worked for some truly great companies, purpose is inherent within USAA. So is perspective. “When I have a tough day or think it’s been rough. I know that somewhere there is a cold, wet and hungry Marine who is in danger while protecting our country and our way of life,” he said.

As he looks back on his life, Wells is quick to recognize what he called deep blessings and great opportunities. “For me, Black History Month is about paying homage to the folks who have come before and the great sacrifice and accomplishments that Black Americans have had that may have gone unrecognized,” Wells explained.

Not only did his grandfather serve in the Navy, his cousin was a Montford Point Marine, one of the first Black Americans to enlist in the Marine Corps. In 1941, President Franklin Roosevelt issued an executive order requiring fair employment practices and banning discrimination.

“The last year has been a very interesting time in America. I think the murder of George Floyd really caused folks to reassess race relations. I think it’s very interesting that the military has such a long history of being the first to integrate but at the same time recognizes there’s still a lot of work to be done,” he said. Military leadership spanning across every branch of service was quick to condemn the murder of George Floyd and begin a deeper examination of their own houses for racism.

USAA joined them, issuing their own statement and commitment to fighting racism.

“Despite the discord and division we often see in America right now, I still remain hopeful…there are many, many more people committed to being on that journey to get back to the Constitution, which is just this idea that all are men created equal,” he shared. “I just think that the best is yet to come and I continue to believe that the military will play an instrumental role in making that transition a reality.”

This Marine spent his life living and breathing a servant-leadership mentality, honoring all who came before him. Although Wells may have left the Corps behind years ago, he found his new home in USAA by serving them and all other service members.

When Wells was asked if had any last words for readers, he smiled. “Semper Fi.”