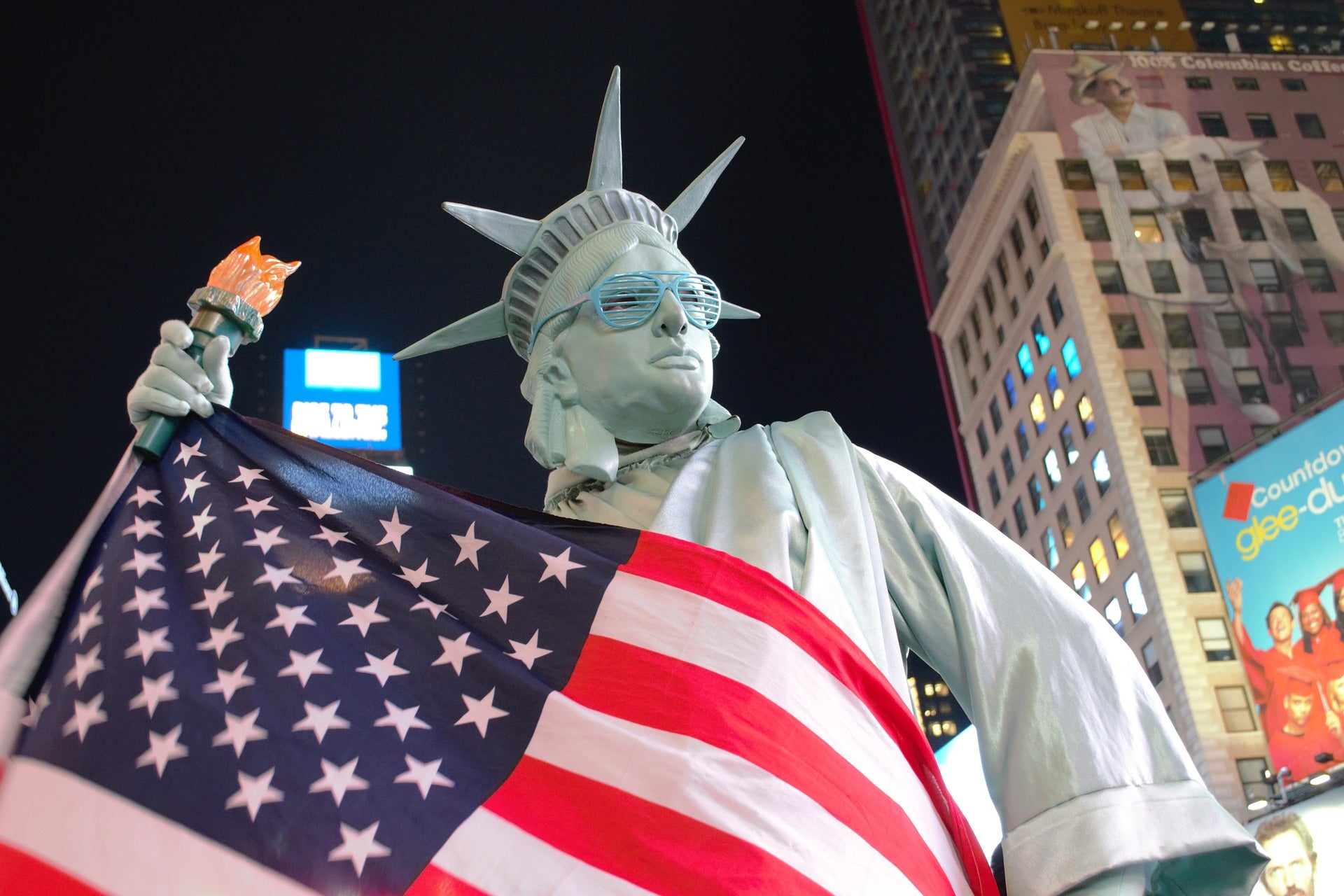 America is the dominant world power since World War II. Chinese propaganda claim that China will replace the United States in the new century. However, if the Chinese Communist Party is advancing by leaps and bounds, why isn’t Mandarin the universal world language? While it is true that China is the world’s largest manufacturer, the fact remains the world sees American culture as genuine. The Chinese way, like their products, is just a knock off. This is how American culture changed the world in a way the communists never will.

The iconic American trouser was invented in 1873 by Jacob Davis and Levi Strauss. The pants were originally developed for miners because their clothes would rip when working. Davis and Levi devised a trouser made of denim with rivets at high-stress points and a button at the waist. The patented trousers called jeans were worn by blue collar individuals and were romanticized by Western films. When the patent ran out, other competitors copied the science but changed the design.

The Blue Jean spread around the world like wildfire for its practicality and style. Some countries, such as North Korea, have banned jeans because ‘it symbolizes American imperialism.’ I don’t see countries en masse adopting Chinese pants and culture.

America has the best musical artists in the world. Nobody says “put the top 100 in China” as a Spotify playlist. When I was in Afghanistan I told an A.N.A. (Afghanistan National Army) soldier, who was listening to Michael Jackson, the “King of Pop” passed away years ago. Not only did he not believe me but he became irate. Imagine if I would have brought up the allegations against him when he was still alive. Regardless, the world listens to our music even if they can’t understand it.

The theory of exchanging goods and services for money has been around since ancient Babylon. However, America has become synonymous with the idea of capitalism and free trade. The alternative is state-run enterprises that give the illusion of private ownership, such as in China. Regardless, the American way of commerce does have its weaknesses that cause recessions. By the same virtue, capitalism can also recover – and it does.

Americans are trendsetters. All of the original social platforms were developed in America.

Speaking of what is on the internet, the internet itself was made in America. The government developed the ARPANET (Advanced research Projects Agency Network) building on the technology of computers already available. The first network, for all intent and purposes, was between USCLA and Stanford University. The first message sent was “Login,” but only the two first letters arrived. Task failed successfully. Communication is always key on the battlefield. Even now, you the reader and I the author, are communicating using this technology that has proliferated the world. There isn’t a country on earth where our culture of technology hasn’t reached out and touched someone.

Fun fact: out of the two Wright brothers, one (Orville) lived until 1948. Imagine inventing the concept of flight then watching the Axis use it to try to conquer the world. Then, by the time the war is over, the U.S. Government develops the jet engine in 1939. You set out to live your dreams with your sibling and all of this happens in the span of your lifetime.

Baseball may have held the claim of “America’s pastime” for most of the 20th Century. However, I see infinitely more people playing basketball than any other sport. In the military, it’s the easiest team sport to round up the platoon and get to the courts on short notice.  In fact, the Army helped spread the sport to Europe and China during the first World War. The sport was started in a YMCA in Massachusetts but is played in even developing countries around the world – even North Korea.