A milspouse-run company is the exemplar for remote work 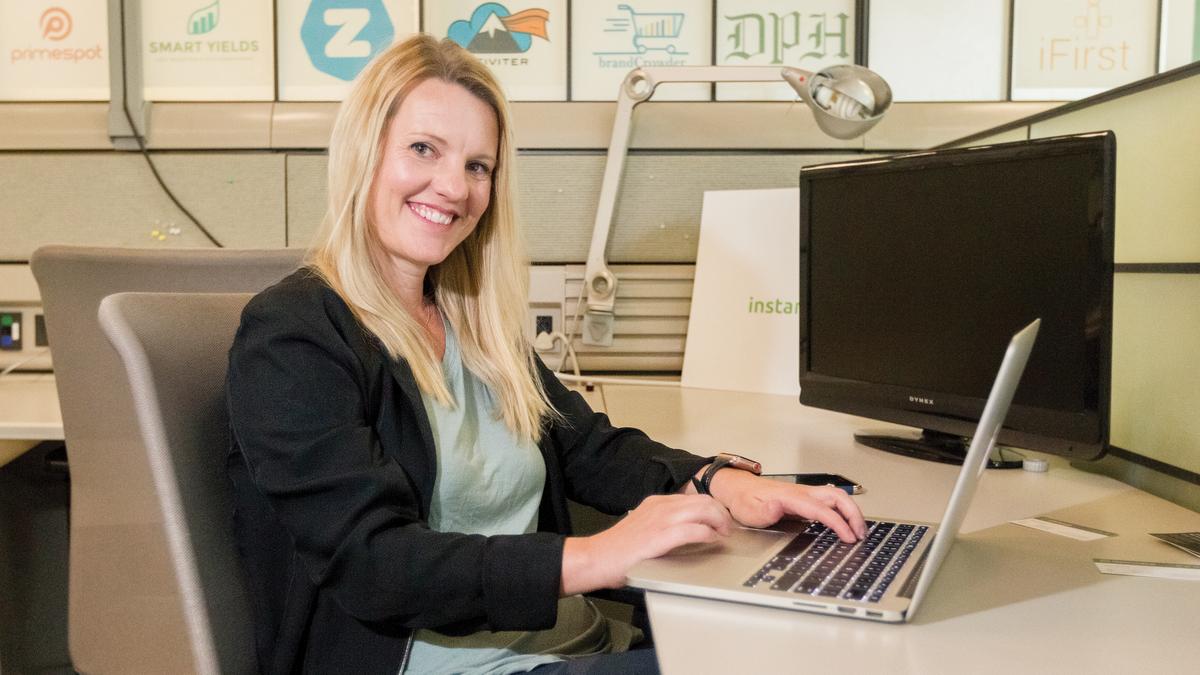 When Erica McMannes began creating remote teams of employees, she had just moved to California with her spouse, an active duty service member. McMannes was able to secure a job with a Silicon Valley startup who needed an “in” with the military community at bases around the country.

Her job allowed her to stay and grow within a company, while still being able to move wherever her spouse was stationed – a luxury not many milspouses have.

McMannes created teams of spouses in military communities across the globe. Eventually, she realized there was an opportunity to use this network of labor to help companies seeking untapped talent while providing real, steady work for spouses.

She reached out to Liza Rodewald, who had a strong technical background. The pair created Instant Teams, a talent marketplace that not only connects companies to skilled military-connected employees, but also helps develop the skills of those spouses.

Instant Teams employees are either hired directly by these companies as remote labor, or work for Instant Teams, providing outsourced support for their clients.

Where most of us became familiar with the possibilities of remote work during the COVID-19 pandemic, McMannes and Instant Teams have been running a completely remote-based network of employees from their first day of operation in 2016.

“Military spouses are the original digital nomads, traveling around while working from their laptops, long before it became Instagram-trendy,” McMannes said. “There were a lot of corporate and nonprofit initiatives to address military spouse unemployment, but no one really had a solution. But we knew we had people with talent sitting across the globe. There just needed to be an opportunity for companies to connect with military spouses.”

While journalists and human resources specialists debate the future of remote work, McMannes, Rodewald and Instant Teams can offer a lot of insight about remote culture, where it’s going and where it’s been. They’ve already experienced much of what most remote workers are seeing just now.

“As a marketplace… we’re serving career seekers, and we’re also serving customers,” McMannes said. “From day one, the trust issues were on both sides. There were a lot of scams and spam out there, and we needed the trust of the military spouse community first. We needed to show them we’re real and legitimate.”

The other side of the coin for Instant Teams would be the hiring companies, the Instant Teams corporate clients. Some of the employers just didn’t understand how it was all supposed to work or confused it with something else, like offshoring. Creating an understanding of the concept and then proving it is just a problem with being an early adopter.

McMannes and Rodewald overcame this through building relationships with their customer base. The earliest customers for Instant Teams were people they knew and with which they had an existing relationship. For six years before the pandemic, Instant Teams was providing support for companies and career development for military spouses.

With so much time managing remote employees, Instant Teams and McMannes, who is now the company’s Chief People & Community Officer, have a lot of insight into the future of remote culture. They have experience in nearly every topic of remote work, from time spent working to mental health and everything in between.

“We partnered with a third party and did our own  study, because we were interested to know how remote work affected employees,” McMannes said. “We already know military spouses aren’t just military spouses working remotely. They’re also usually a primary caregiver. They’re taking care of routines and family schedules that are not predictable,so the potential for additional mental stress exists.”

While the pandemic caused extra stress for remote employees who suddenly also had a slew of other responsibilities, such as homeschooling their children, their pre-pandemic health did not suffer from working outside of an office.

“What we found is most military spouses had been looking for an opportunity for so long, what they got from working with us was fulfillment,” McMannes explained. “No matter what kind of new job you get, you’ll have to address your family dynamic around the job.”

There are some areas of remote work that can be uniquely stressful, however. McMannes says working from home and the 24-7 nature of the work at Instant Teams means setting both expectations and boundaries for employee health. The company has policies and practices in place to help employees manage these stressors.

“If you wanted to, you could be on Slack 24 hours a day,” she said. “However, that is not healthy. We’ve been doing something recently called ‘leaving loudly,’ where I’ll post a gif or something with a note that says, ‘I’m outta here!’ It gives people that kind of mental permission, mental closure to shut the computer – to leave the office.”

“It’s this kind of cultural communication that really helps the arrangement, to remind people they can walk away from their computer,” she continued.

As Instant Teams and its staff grew, it required the company to make changes in how it communicates with its people. McMannes says Instant Teams now has around 500 employees, all working remotely, a long way from the handful of people who first started working there. They hired an internal communication specialist. It’s all about intentionality. Instant Teams has put together workshops, coaching dynamics and work studies to make sense of it all and help employees succeed in the remote environment.

“Our mission and vision hasn’t changed, the size of our team has. It’s comparable to regular corporate growth,” McMannes said. “But in a remote work environment, there’s an extra layer of communication that we really have to pay attention to: the intentionality of communicating our core values. We’ve trained on mindful communication and designed how we communicate.”

Intentionality is something McMannes says many companies haven’t figured out when it comes to remote work. Corporate policies from decades old brick-and-mortar companies may just not fit a culture that prefers to work from home. Policies regarding internal communication, company leave time and more may need to be reviewed differently for remote employees.

“The future of remote work is going to be figuring out why and how that just continues to make sense for certain industries, and for certain demographic groups,” she noted. “People scoff at the idea of a Chief Remote Officer or Head of Remote Positions, but layers of existing corporate policy are going to be a challenge because people actually like to work at home.”

“It all comes back to intentionality,” McMannes said. “What is happening behind the scenes, how it’s all working, how you are communicating, what are you doing right – we are an interesting case study because we have always been a hundred percent remote, but there’s no collective agreement on what’s right or what’s wrong.”

“We’re prepared each and every day to serve and take care of what and who we need to take care of. It’s intentional because we want people to succeed in the remote work environment and how people do that is going to be the difference.”