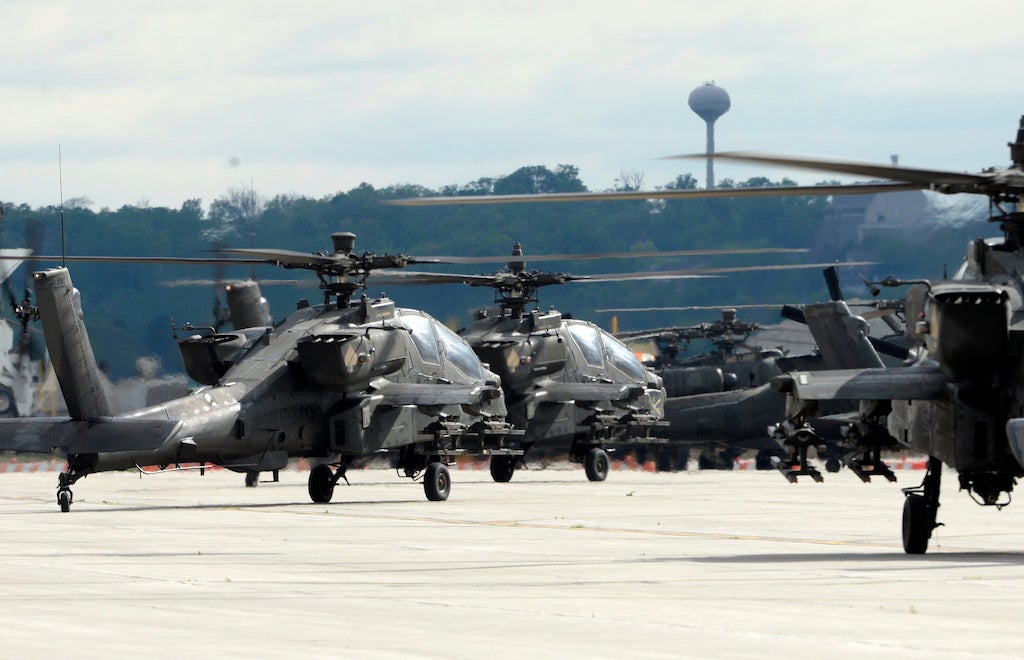 If you’re asking where in the world is Wright-Patterson AFB, anyway, you are not alone. Wright Patterson Air Force Base (WPAFB) is located about 10 miles northeast of Dayton, Ohio. Sure, the Buckeye State probably doesn’t top high on your list for your next PCS. But if the military teaches us anything it’s that you bloom where you’re planted. If your next duty assignment is taking you to Ohio and has you asking questions about Wright Patterson AFB housing, don’t worry – we’re here to help!

If you’re PCSing to Dayton, you’re in luck because there are plenty of things to do on Wright-Patterson AFB. WPAFB is one of the most important bases in the Air Force. In fact, it’s one of the largest Air Force bases in the United States. That’s on top of being one of those installations that’s chock-full of history at every turn. When you call WPAFB home, you’ll be close to the “Birthplace of Aviation.” That’s what the locals call the place, since it’s where brothers Orville and Wilbur Wright explored questions about aerodynamics and developed our first airplanes!

So, if you’re searching for the best places to live near Wright Patterson AFB, this tell-all guide will help.

Directions: Wright-Patterson AF can be reached by car using the following routes:

From the North (Dayton International Airport): Take I-70 E to OH-444 S

Most likely, you won’t necessarily need a car, as the base is only five miles from Dayton.

Making it even easier, Dayton International Airport is only ~20 miles from base.

Columbus International Airport is a larger airport, but it is ~70 miles from base.

Driving means you’ll have a car for easy access to Dayton/Columbus and exploring the area.

If you’re arriving from across the country, prepare for a long ride.

According to the official WPAFB page, Wright-Patt’s mission is to make the 88th the premier air base wing in the US Air Force. That means it works to provide strength through support to deliver war-winning capabilities through agile installation & mission support.

The units located at Wright-Patterson AFB include:

The 88th Force Support Squadron ensures Airmen and their families have programs and events to support community, unity, and retention.

Also, the 655th Intelligence, Surveillance, and Reconnaissance is at WPAFB. This unit works to develop skilled Reserve Citizen-Airmen who provide vital intelligence support to combatant commanders

Notably, the National Museum of the US Air Force, the oldest and largest military aviation museum in the world, is located on base.

Later, the Wright brothers bought Huffman Prairie Field. After, it became their official test field and flying school between 1910-1916.

Then, the U.S. Army purchased Huffman Field, Wright Field and McCook Field in 1917. The first Army Aviators used the aviation expertise of the area to develop military applications and aircraft for World War I.

During World War II, Wright Field expanded into a bigger and more powerful military center. After the war, in 1948, Wright AFB was renamed Wright-Patterson AFB.

Finally, during the Cold War, Air Force preparedness leveled up with Wright AFB at the heart of its technical development and US security efforts.

Remarkably, in 1995, negotiations to end the Bosnian War were conducted at WPAFB. This resulted in the Dayton Agreement. Wright-Patterson was selected as the location for the peace talks to take all parties from their comfort zones.

Things to Do Around Wright-Patterson AFB

Country Inn and Suites by Radisson

The Dublin Pub – Irish-inspired gastro-pub located in nearby Dublin, a suburb of Columbus

The National Museum of the U.S. Air Force is fun for all ages. This museum is the largest aviation museum in the world with an impressive display of aerospace vehicles and missiles.

Who doesn’t love a good farm trip? Head over to nearby Homestead Berry Farm to pick your own seasonal fruits and veg. Oh, and make sure you check out the farm come Halloween season for hayrides and more!

Wondering about the best places to live near Wright Patterson AFB? There are three options available: Government Housing, Privatized Housing, and Unaccompanied Quarters. You also have the option of renting or purchasing housing in the local community.

Wight-Patterson AFB housing is privatized and owned and maintained by The Properties at Wright Field, a subsidiary of Miller-Valentine Group, Woolpert LLP, and Hunt Military Housing. This community is home to nearly 2,100 military families over two neighborhoods. Homes offered include single-family, duplex, and townhomes. Attached garages and privacy fencing are included, alone with modern floor plans.

Unaccompanied Housing (UH) is managed by the AIr Force. These personal residences are provided for E1 – E3 Airmen and E – 4s with less than three years of service. A private sleeping room, linens, furnishing, and supplies are provided. Unaccompanied E-4 AIrmen with more than three years of service have the option of living in the local community. Call the Military Housing Office for more information.

Wright-Patterson AFB lodging might be available to your family while you wait for permanent quarters. Discuss this with your gaining unit for more information.

Schools Near Wright-Patterson Air Force Base

Deciding where to send your children to school is an important consideration anytime there’s a PCS in your family. The Wright-Patterson AFB School Liaison Office can help you make the decision easier by providing up-to-date information about local schools and programs. The SLO can also answer questions about transferring credits, registering for classes, and helping your child find the right extracurricular activities.

Is Wright-Patterson AFB the largest Air Force base?

Yes. Wright-Patterson AFB expands across two counties, Greene and Montgomery, covering 8,000 acres of land. It has more than 30,000 employees and supports around 47,000 aircraft operations annually.

Can civilians live on Wright-Patterson AFB?

Yes and no. In particular, civilians who work at Wright-Patterson AFB can live on base. But other citizens can’t.

Where should I live if stationed at Wright-Patterson AFB?

You can either live on base or in a nearby community, many of which offer military-friendly housing. Nearby communities include Fairborn, Beavercreek, Bellbrook, Huber Heights, Centerville, Oakwood, Kettering, and Xenia.

What city is Wright-Patterson AFB?

Wright-Patterson AFB is located one mile from a town called Fairborn, Ohio. It is about 10 miles from Dayton, Ohio.