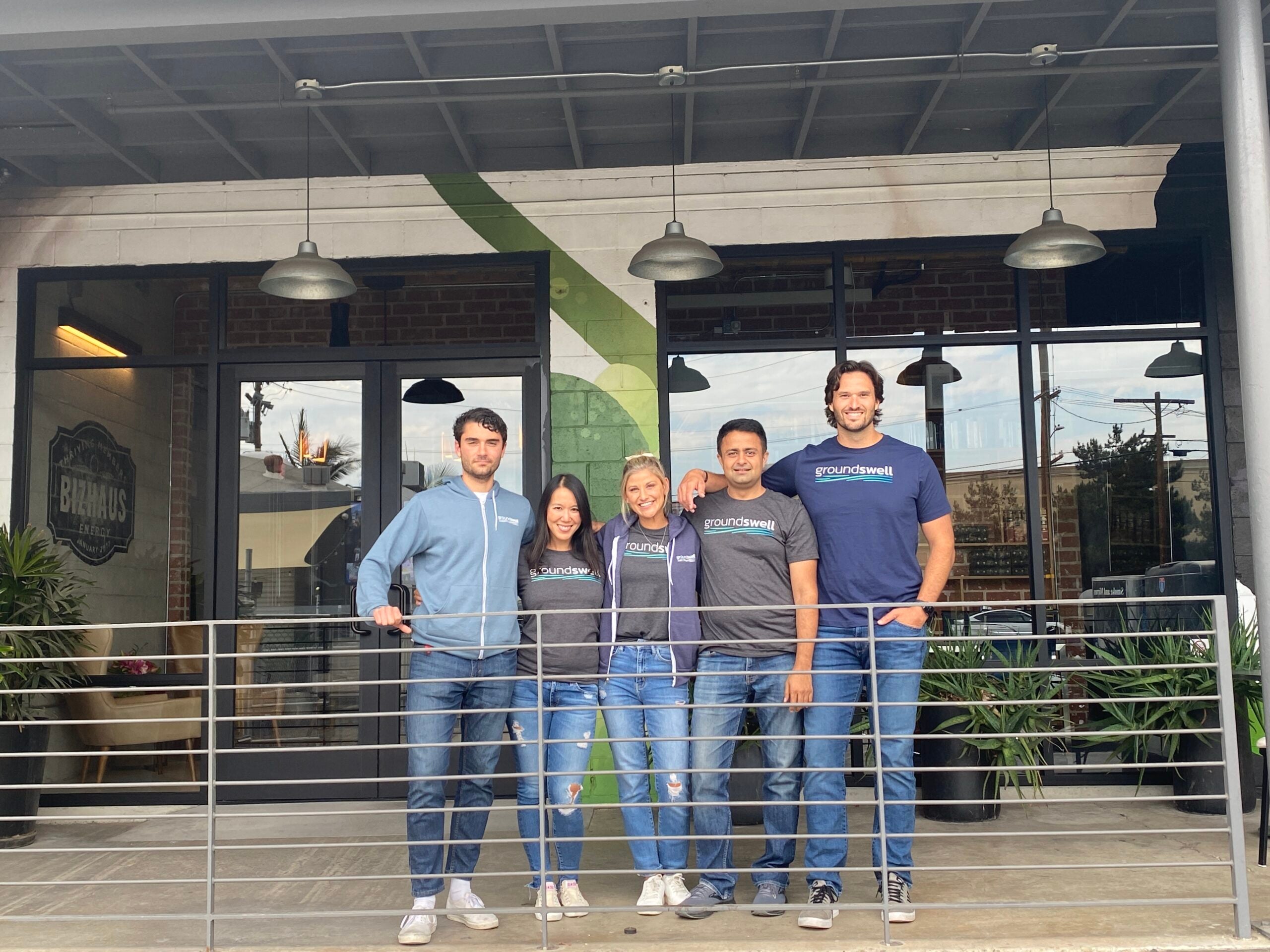 This summer, Jake Wood left his role as CEO of Team Rubicon. After building the massive global disaster response nonprofit and leading it for a decade, he was ready for something new. But he didn’t go too far from his roots.

“This was something I came up with after having made the decision to step out of my role at Team Rubicon,” Wood explained. “I am excited for the opportunity and knew I wanted to do something entrepreneurial again. I wanted to have an idea that would have an impact and that’s exactly what this is.”

Groundswell is a platform which aims to enable more purposeful giving at the grassroots and community level. The company does this by building a system for corporations to give funding to its employees for charitable purposes, therefore spreading the level and reach of impact.

“Two things excite me. One, I can be entrepreneurial again and two, it’s an opportunity to make an impact again just this time in the for profit space,” he said. “I’m just excited to start over and be able to apply everything I learned at Team Rubicon and see if I can do it again.”

Entrepreneurship is an attractive opportunity for veterans for many reasons, studies show. One is the opportunity for control, flexibility and the unending ability to be creative. Wood has some advice for those looking to pursue it.

“It’s going to be a grind and don’t fall victim to this idea that entrepreneurship is easy or glorious or any of that. It is going to be stressful and you’ll regret it daily that you decided to do it,” he said with a laugh. “You have to be that person who really relishes it at the end of the day. Lastly, don’t try to do it alone. Build a great team and acknowledge what you don’t do well. Empower people to execute just like when you were leading troops overseas.”

Wood has been frank in admitting he knew next to nothing when he founded Team Rubicon and learned a lot of lessons along the way. Hard ones at times, he added. But those lessons would carry him through significant challenges while giving him the knowledge he’d need for his new venture.

“What we are building here is a platform that will give anyone the same tools for philanthropy that the ultra rich have access to. It’s about the demonstration of philanthropy. And in effect it’s giving everyone the opportunity to form their own foundation,” Wood stated.

The plan for Groundswell is to market as the new corporate benefit. The team wants corporations to essentially utilize their giving budget by earmarking it for employees to give away, ensuring things like diversity and a further reach in philanthropic efforts.

“Let’s go to the company and say, ‘This is a talent war and you need to win it’. We’re also going to explain the new normal and the expectation for companies to speak out and take action on social issues,” he added. “It’s really hard for them to put into action but our platform allows them to roll it into a personal foundation for each employee and treat it as a foundation of their compensation philosophy.”

Company culture and diversity are big buzz words in today’s corporate environment. Being able to achieve harmony in the two is a challenge most companies continue to look for solutions on. Not only does Groundswell aim to create a deeper impact and spread the generosity globally, but Wood believes it will assist organizations with retaining employees, too.

“You are basically saying that the issues our society is facing are complex but that you value unique perspectives through diversity and how you want to give them [the employee] the opportunity to identify the most pressing issues within the community,” he explained. “In the new era of remote work people don’t care about corporate philanthropy where the company is headquartered. They want to have an impact in their own community where they live.”

That need to make an impact and build at the grassroots level appears to be a part of who Wood is, too. As a college graduate, he could have easily pursued the direct commission route into the Marine Corps as an officer. But, he didn’t.

“I had this sense that I wanted to get to the fight faster. I wanted infantry and you can’t select your MOS when you go officer. I also thought if I wanted to make the military a career that going the mustang route would have made me a better officer,” Wood explained. Obviously I didn’t do that but it isn’t a decision I regret.”

He wrote candidly about his military journey in Once a Warrior. From witnessing the 9/11 terrorist attacks and subsequent enlistment into the Marine Corps. Wood’s deployments to Iraq and Afghanistan as a scout sniper would change his life, ultimately leading him to seeking deeper purpose and meaning.

It’s what led to the founding of Team Rubicon as he was struggling to find his way outside of the military. Though his organization certainly dominated the news and philanthropic world over the last decade with extraordinary impact, it hasn’t been easy. In previous interviews with WATM, Wood admitted to grinding off his teeth due to the stress of managing expectations and keeping it all going.

“As a CEO, the last two years have been really hard,” he shared. “There were times when I felt like I didn’t have the answers and I didn’t know how to take it. This [Groundswell] solves a pain point that I myself experienced. And finally it’s just, man, me being a dad and looking at my daughters and saying the world is messed up and how can we make it better for them.”

For this Marine veteran, Groundswell is one sure way to do it.