MIGHTY 25: Army veteran Christine Schwartz leads Service to School into the future - We Are The Mighty 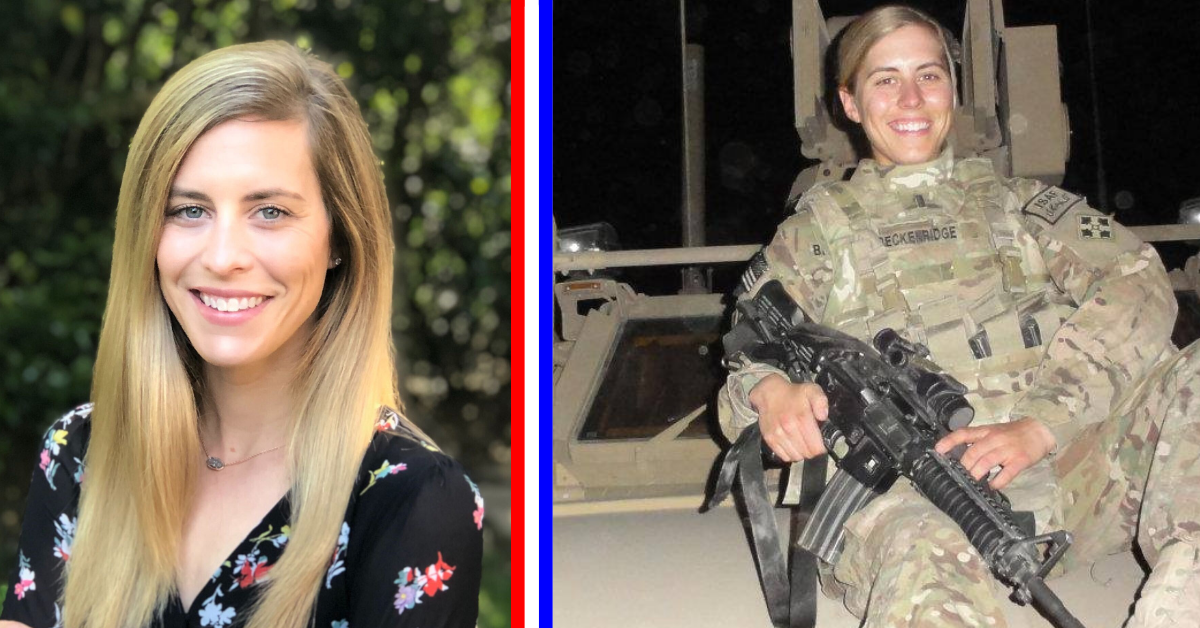 When Christine Schwartz raised her hand to be commissioned as an Army officer, she joined a family legacy of service dating back to the Revolutionary War. Now she’s using her experience to help transitioning veterans find success after the uniform.

The Army had always been something I thought about,” she said. Though she’d choose Virginia Tech and a business major, it wasn’t the fit she’d hoped for. “I just felt lost.”

Schwartz woke up one day and made the decision to become a soldier. When she mentioned her commitment to her sister, an Army Captain, that’s all it took.

“My sister connected me with the Army recruiter. I went to basic training and then eventually Officers Candidate School after I graduated college,” she explained. Her father, a retired Army colonel, commissioned her.

Both parents were proud, Schwartz said. But they did worry. It was 2008 and the surge in Afghanistan had just begun to heat up. Schwartz was deployed to the combat zone not long after her commissioning.

Deploying to Afghanistan had its scary moments but above all else, it was a time of unity. “The only thing that matters is taking care of each other, keeping each other safe, making sure that you and your brothers and sisters in arms make it home,” Schwartz said. “I don’t think I even had to wrap my head around totally what the war was about. I don’t know if we still have figured it out.”

Spending time in the Middle East would solidify her appreciation for home. “We definitely hit the lottery being born here in the United States. I hope those who want to achieve the American dream have the opportunity to come and do it,” Schwartz said.

After leaving the Army, finding a job wasn’t as easy as she thought it would be. Schwartz went into the Reserves for the first few years and took nanny jobs before becoming a recruiter. It would lead her down a path of nonprofit work.

Schwartz was chosen as a George W. Bush Center scholar through the Stand-To Veteran program and was a part of the inaugural class.

“I met so many amazing inspiring people who are in the nonprofit space or in the veteran space. A lot of them are in corporate America, and they just really care about veterans and spend their free time working with veterans on different causes. It was life-changing in that sense of building networks, of being inspired by people and of gaining a lot of confidence in my leadership.”

It led her to her new role at Service to School as it’s CEO.

“Our mission is to really help veterans get into the best colleges and grad schools possible. We all believe it’s really important work,” Schwartz said. “If you go back to the reason that a lot of the middle class exists, it’s because of the GI Bill. After the soldiers, sailors and Marines came back from World War II, they went on to become businessmen, teachers, doctors, lawyers or you name it. They have really built the foundation for America.”

With her family’s history of service and her own, it’s been hard to separate from the current events of the Middle East. Watching the fall of Afghanistan to the Taliban was a struggle for her.

“I definitely think through my time there … seeing the people and meeting them and having a connection with them,” Schwartz explained. “It’s a different level of sadness when you know that they want out. And they’re stuck in this war-torn country and not by their own doing.”

She remains hopeful about getting Afghan allies to the United States.

As for the future of Service to School, Schwartz sees growth and possibilities. “I wish more veterans would find out about us. I think there are so many organizations and this is a good thing,” she said. “There are so many nonprofits out there, but it can almost be overwhelming. Like, which one do I turn to for what? But there aren’t many in the education space.”

Her time as a soldier changed her even though she’d always had a service mindset, Schwartz said. Now she proudly wears the title of military spouse alongside being a veteran and is happily married to her soldier.

So, what would people be surprised to learn about someone who’s accomplished so much? “I am really laid back and that’s unexpected for most people,” Schwartz said with a laugh. “There’s about 50 piles of laundry in my laundry room and that’s okay. You just go with it.”

This Army veteran turned CEO and passionate veteran advocate has definitely gone with it, with no end in sight.

To learn more about Service to School, click here.