Top 5 best exotic weapons in history - We Are The Mighty 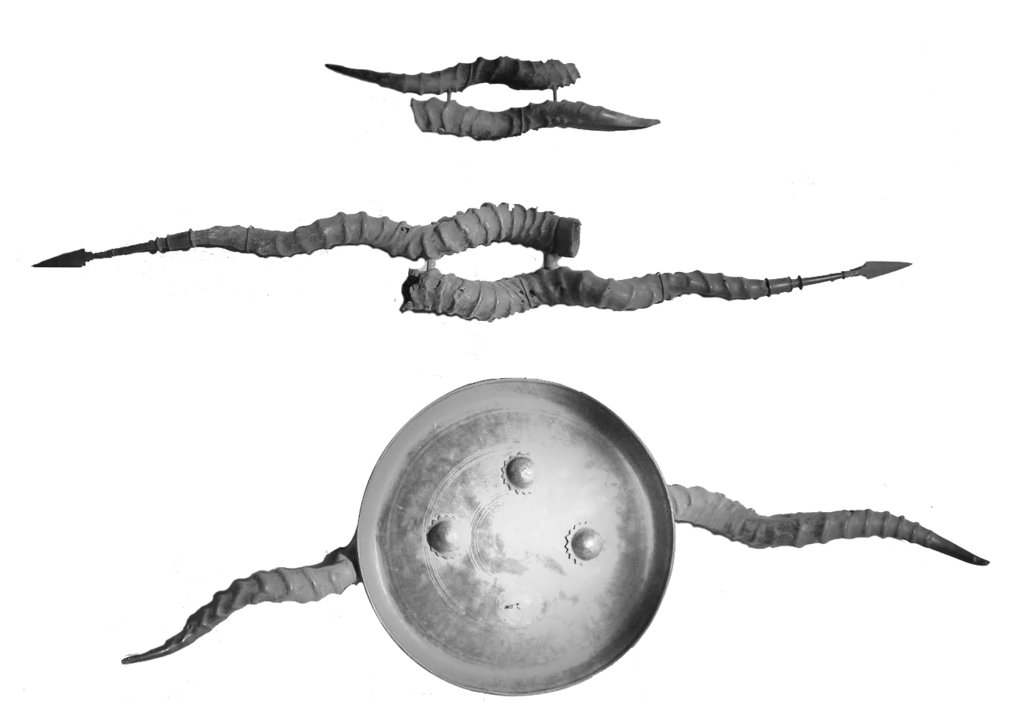 Varitations of a traditional Indian weapon made from horns. (Wikipedia).

The history of weapons dates back to medieval times when they were used for hunting and gathering. Over the years, new weapons have been invented, some being more lethal than others. Weapons became more popular during the Bronze Age when swords were first created. Since then, most weapons have been refined to increase the killing potential of the user while reducing the opponent’s ability to fight back. Perhaps, this explains why some governments are working towards creating AIs that can facilitate such actions. Although thousands of weaponries are known to humans, some are more unique than others and have the most appealing names.

Shuriken is an ancient Japanese weapon frequently referred to as a ninja star in popular culture. It was popularly used by ninja warriors as a concealed weapon of self-defense and not for direct attack. Due to its compact size, the shuriken is easy to hide, although it should always be kept well because of its sharp pointed edges. If the carrier is not careful, they might end up injuring themselves or, in severe situations, bleed to death.

This deadly weapon has different variants, with most having a star shape but varying edges and styles. It is made with a strong metal material, but the weapon is mostly lethal when exposed to body parts such as the face, hand, and others. The thought behind the shuriken was to manipulate the attacked, making them think that an invisible sword had struck them.

Madu is one of the most popular ancient Indian weapons that has been used for many generations. Its body is made using metal and has two blackbuck horns installed on opposite sides. The crossbar is also the weapon’s handle and is usually crafted to facilitate firm grip. Several variations of the weapon exist, including incorporating a defensive shield. As humans progressed and better materials for weapons were realized, the Madu was modified and made of steel. The pointed horns of the Madu were made specifically to facilitate self-defense during offensive attacks.

The shotel is perhaps the most iconic weapon in history. It is a curved sword mainly used in Abyssinia during the medieval days. Its bent nature was designed to send stabs to critical organs, such as the heart, and it could penetrate through the opponent’s shield. Technically, Abyssinian’s never practiced building shield walls during battles, explaining why they never used the shotel to slice. Since it is flat, curved, and double-edged, it was mainly used during single combats. The shotel was invented in the medieval days and survived through most of the 19th century. Still, only a few Shotels are in use currently.

The Khopesh is a perfect combination of a sickle and a sword that ancient Egyptians used. While swords were not commonly used in Egypt, the Khopesh was loved, but only for single combat. The blade is so lethal that it can injure the wielder if not carefully handled. In addition, Khopesh was used as a hook and bludgeoning appliance and was mainly made using bronze. Often, you will find portraits of pharaohs holding a Khopesh.

Though most swords were created for defense, the Estoc was often used to display skill during special events where the royal families were entertained. This is because they were crafted using weak metal and could easily break. Additionally, its edges were blunt and couldn’t cut through anything. Keeping skills levels on the high was more important than anything else during medieval times. Therefore, boasting with the Estoc was common among warriors.