Before 'Barney Fife,' Don Knotts was a ventriloquist in the military - We Are The Mighty

Before ‘Barney Fife,’ Don Knotts was a ventriloquist in the military 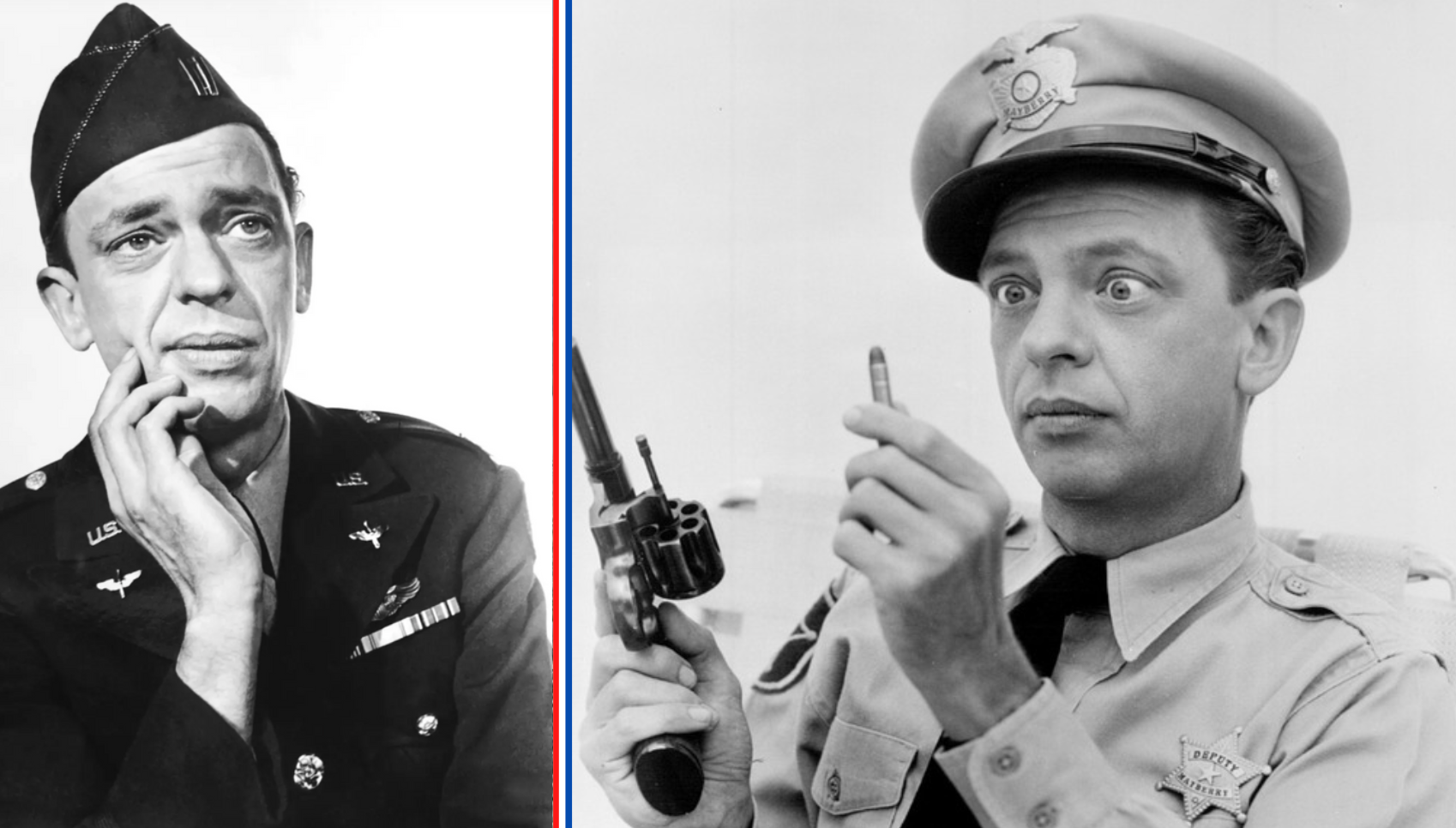 You most likely know him as Barney Fife of the Andy Griffith Show, but that wasn’t Don Knotts’ only claim to fame. The actor is also noted for his stint on Three’s Company and several movies, such as The Ghost and Mr. Chicken and The Incredible Mr. Limpet. For his efforts, he was awarded multiple Emmys and earned titles like one of the best TV stars of all time from TV Guide itself.

But before he made himself a household name, before he was telling jokes to the masses, Don Knotts got his start in the entertainment industry, not through acting. But as a ventriloquist in the U.S. military.

During World War II, soldiers could join a variety show in which they traveled around to entertain soldiers. The show was called Stars and Gripes, where he performed with the dummy, Danny “Hooch” Matador. Knotts was assigned to the 6817th Special Services Batallion in the Army.

While still in high school, Knotts honed his comedian skills and began practicing as a ventriloquist, working shows at school and church events in his native Morgantown, West Virginia. After graduating, he tried his hand at professional comedy in New York City, but was unsuccessful and returned to his home state.

He was drafted to the Army in 1943 where he was assigned to a special services unit created for solider entertainment. He traveled around various posts across the west Pacific Islands where he performed a comedy act with Danny.

Supposedly, Knotts disliked the dummy, and his hatred for it only grew with each show. He’s said to have thrown Danny overboard after performing on a military ship. He did so after receiving compliments from older comedians, who reassured him he didn’t need the dummy in his act to be successful. Additionally, Knotts had tired of the dummy act but was still asked to perform it by showrunners. Another account says he left Danny on the beach after a show and then reported him to high-ups as missing in action, likely the only doll to ever be MIA.

Knotts finished his military stint after nearly three years. He was discharged in January 1946 as a Technician Grade 5 (Corporal). While serving, he was awarded a WWII Victory Medal, the Philippine Liberation Medal, the Asiatic-Pacific Campaign Medal (including four bronze service stars), the American Campaign Medal, the Army Good Conduct Medal and the Army Marksman Badge, complete with an M1 Carbine. 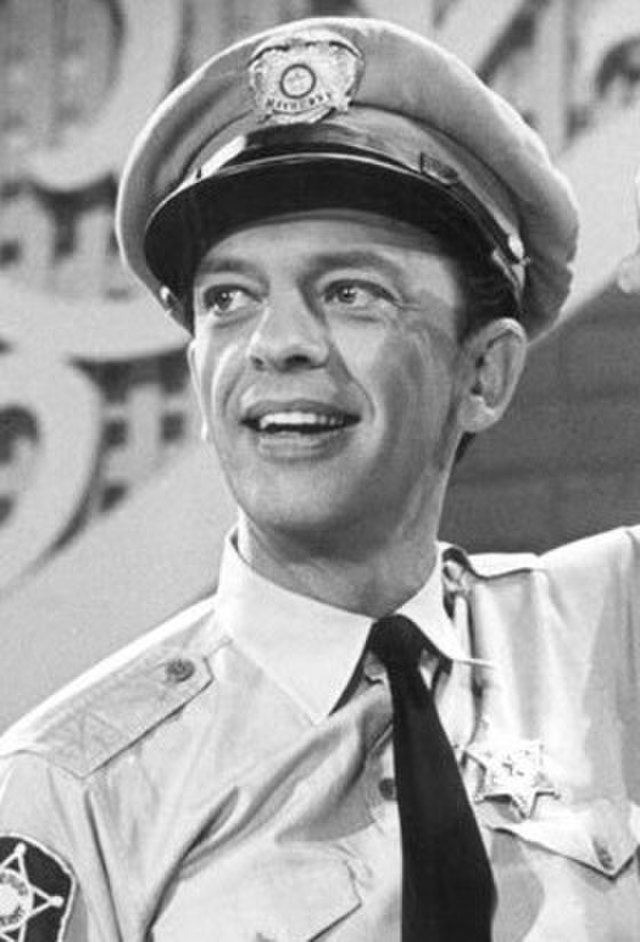 After his stint in the Army, Knotts married and returned to New York City. He called on show business connections he had made in the Special Services unit to gain frequent gigs, including comedy shows and guest appearances on radio shows where he played characters. One of his best-known roles is Windy Wales on the radio Western show, Bobby Benson and the B-Bar-B Riders.

His big break came a few years later, with a regular role on the long-running soap opera, Search for Tomorrow. In 1956 he made it back to comedy, appearing in a variety show led by Steve Allen, where he worked until the show’s end in 1960. 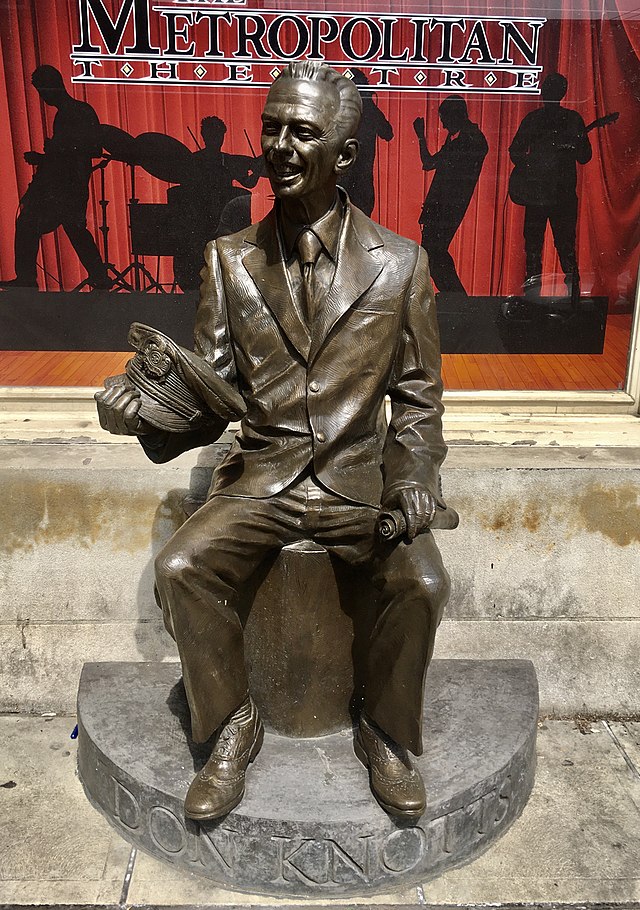 A statue in Knotts’ hometown in West Virginia. Wikimedia Commons.

Knotts took on two notable military acting roles in his early career, playing various roles in No Time for Sergeants, in the Broadway and film versions, the latter was his first on-screen performance with Andy Griffith. The duo starred together on The Andy Griffith Show for five seasons, before Knotts left to pursue his film career.

A statue honoring Knotts’ achievements was unveiled in his hometown of Morganville in 2016, 10 years after he passed away from pneumonia and lung cancer. He was 81 years old.