The military veterans behind The Mod Squad television series

The military veterans behind The Mod Squad television series 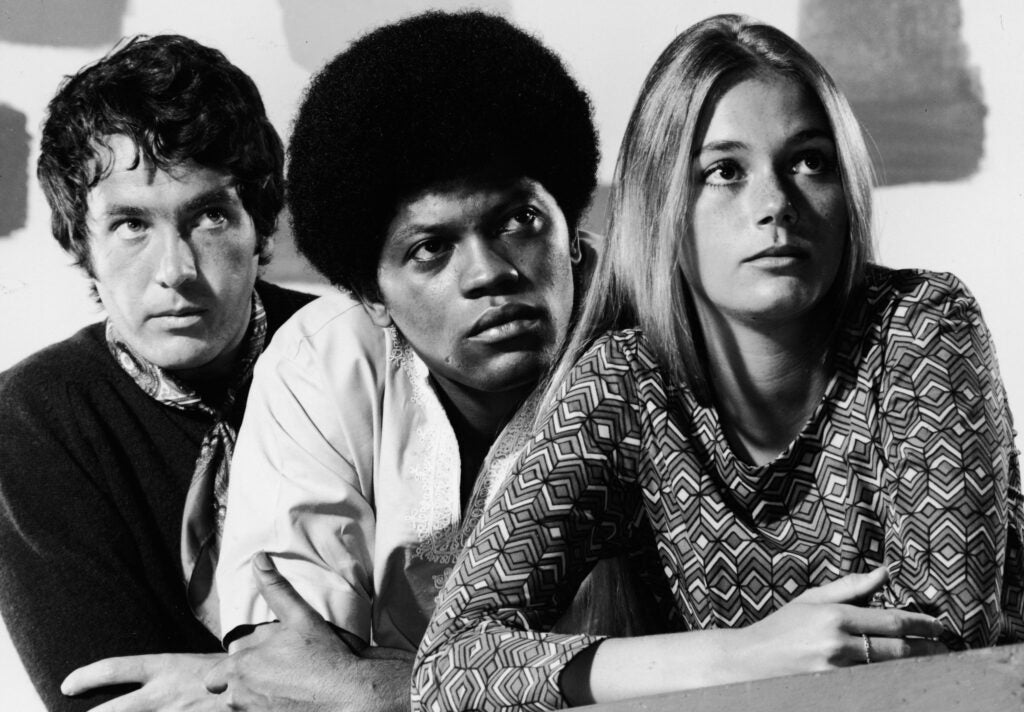 The Mod Squad is a cutting-edge, counterculture police series that earned many awards during its 124 episodes over five seasons. It was considered one of the “hippest” shows on TV of its time. The concept was to take three rebellious young people and offer them the chance to work undercover in exchange for not going to jail. The series dealt with Vietnam, PTSD, racism, domestic violence, police brutality and the illegal drug trade. The Mod Squad was also one of the first shows to feature African Americans as stars joining other popular shows such as Star Trek, Mission: Impossible and Mannix. Aaron Spelling and Danny Thomas produced the show.

These are the military veterans behind The Mod Squad television series

Aaron Spelling produced some of the greatest and most endearing TV shows of all time: The Mod Squad, Charlie’s Angels, The Love Boat, Dynasty, Beverly Hills 90210, Melrose Place, 7th Heaven and Charmed. He is the most prolific TV producer in U.S. television history with 218 producer and executive producer credits. Before finding his way to Hollywood he served in the Army Air Corps during World War II as a pilot.

He initially was an actor in the industry and appeared in multiple TV series including Alfred Hitchcock Presents. He sold his first script in 1954 to Jane Wyman Presents and then got producer and writing experience on the Zane Grey Theater series. 1965 marked his real take-off year with producing TV shows with Honey West as an executive producer. From there, Spelling’s career took off to heights not seen before.

Clarence Williams III was born and grew up in New York City. An experience as a youth of accidentally walking on stage at the Harlem YMCA made him interested in acting. He served two years in the 101st Airborne Division as a paratrooper before starting down the career path of being an actor. He got his start on Broadway working in many productions such as The Long Dream, Walk in Darkness, Sarah and the Sax and Doubletalk.

He made his breakout role in The Mod Squad as Linc. Post-show success and run, he starred as Prince’s father in Purple Rain; he did episodes of Twin Peaks, Miami Vice, Hill Street Blues, and Law & Order. His film work included American Gangster, Tales from the Hood, The General’s Daughter, Deep Cover and The Cool World.

Harve Bennet was a producer on The Mod Squad with Spelling from 1968 to 1973. He produced more shows such as The Six Million Dollar Man, The Bionic Woman and the Gemini Man mini-series. Bennet is credited with producing over 250 episodes of television. He then went on to feature film success with being a producer on Star Trek II: The Wrath of Khan, Star Trek III: The Search for Spock and Star Trek V: The Final Frontier. Before all of his Hollywood success, Bennet served in the U.S. Army as an MP having earned the rank of corporal.

Tige Andrews is most known for his role in The Mod Squad as Captain Adam Greer for which he earned both an Emmy and a Golden Globe award nomination. His career spanned from 1950 to 1991 and involved many top-level projects such as The Detectives: Starring Robert Taylor, The Phil Silvers Show, Gunsmoke, Gomer Pyle, U.S.M.C., Star Trek, The Last Tycoon, Mister Roberts and The Fugitive.

His military service comes from his time with the U.S. Army’s 45th Infantry Division as a second lieutenant. He incurred injuries in 1944 when the ship he was riding on sunk in the Mediterranean which caused him to be medically discharged from injuries sustained during the event. He then went on to follow his acting dream in Hollywood.

Earle Hagen may not be a household name, however, the songs he composed certainly are such as the tune for The Andy Griffith Show, which he co-wrote and whistled “The Fishin Hole” which is the name for the melody of the show. He also wrote Harlem Nocturne based on his affection for Duke Ellington.

Hagen is known for composing the songs for The Dick Van Dyke Show, That Girl, I Spy, The Mod Squad, The Dukes of Hazard, Planet of the Apes, Gomer Pyle, U.S.M.C. and The Danny Thomas show. He served during World War II in the Army Air Corps band.