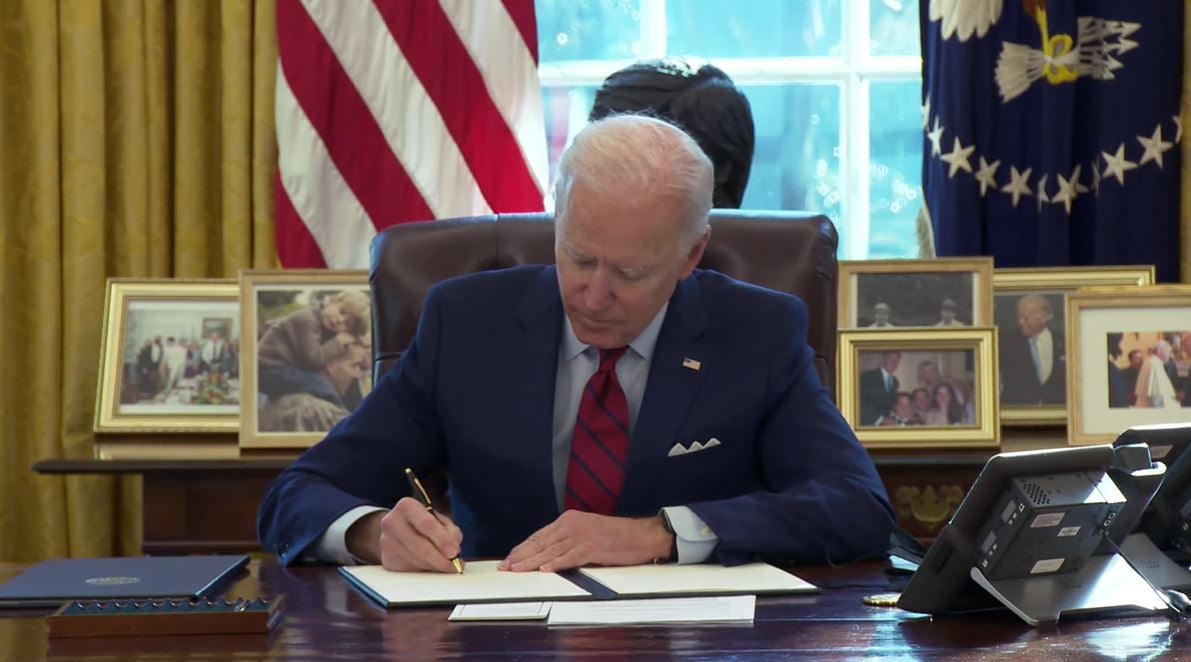 Biden signs an Executive Order at the White House.

The Lend-Lease Act of 1941 is what fast-tracked the shipment of American supplies to allied nations like Great Britain, China, and the Soviet Union. Formally introduced as An Act to Promote the Defense of the United States, H.R. 1776 was enacted on March 11, 1941 and facilitated the transfer of ships, tanks, planes, and other war materiel to aid America’s allies in their fight against Nazi Germany. Much of the aid was given freely with some of it being returned to the United States after the war. The Lend-Lease Act ended on September 20, 1945 following Japan’s surrender. Invoking the spirit of the famous WWII Lend-Lease Act, the 117th Congress passed a 21st century Lend-Lease Act to aid Ukraine in its fight against Russia.

On January 19, 2022, S.3522 was introduced in the Senate. Sponsored by Sen. John Cornyn (R-TX), the Ukraine Democracy Defense Lend-Lease Act of 2022 made it to the Senate floor on April 6 after it was discharged by unanimous consent and passed the Senate that same day. On April 28, the bill was passed in the House with a vote of 417-10. The Lend-Lease Act of 2022 was then sent to President Biden for his signature to become law.

Notably, the Lend-Lease Act of 2022 does not just apply to Ukraine. Rather, it states that loaned or leased defense articles “are intended for Ukraine’s government or the governments of other Eastern European countries affected by Russia’s invasion of Ukraine.” This expansion allows the President to expedite delivery of military supplies to other countries that may be in Russia’s sights.

Prior to signing the bill, President Biden highlighted the importance of supplying aid to Ukraine. “I’m signing a bill that provides another important tool in our efforts to support the government of Ukraine and the Ukrainian people in their fight to defend their country and their democracy against Putin’s brutal war,” he said in the Oval Office. President Biden also noted the anniversary of VE Day and drew parallels between WWII and Russia’s invasion of Ukraine. “And with Putin’s war once more bringing wanton destruction into Europe, and to — to reaffirm the enduring commitment to the future grounded in democracy, human rights, and peaceful resolution to disagreements.”