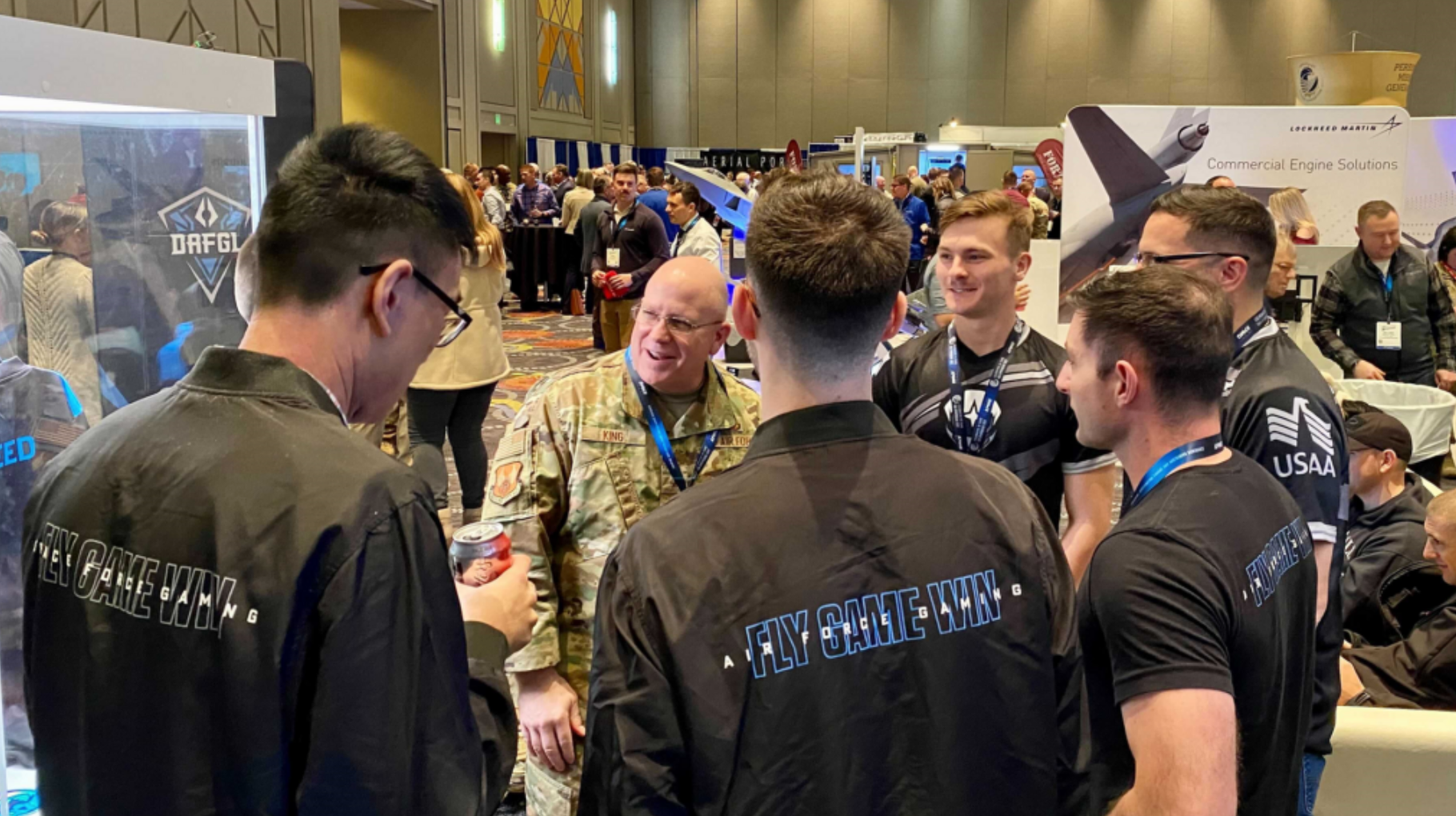 Gaming brings service members of all ranks and backgrounds together to build resiliency and community (Air Force Gaming).

FORCECON takes place at the Tech Port Center + Arena in San Antonio, Texas over Memorial Day weekend from May 28-29, 2022. Tech Port Center + Arena is the most advanced innovation and esports event center in the state and the perfect venue for the esports championships of FORCECON. On May 28, the Armed Forces Sports Championships will see all of the services compete in a one-day double-elimination Halo: Infinite tournament. This is the first-ever federally sanctioned and recognized esports competition.

On May 29, two more esports competitions will take place at FORCECON: the $10k Halo Showdown and the Air Force Gaming Minor League Championships. The $10k Halo Showdown is hosted by tech and gaming organizing company Rally Cry and is an open-to-all competition that will be live-streamed on YouTube and Twitch. Meanwhile, finalists from the Air Force Gaming Minor League spring season will compete live in Rocket League and Fortnite.

“There isn’t a better vehicle to make esports history than through the official Armed Forces Sports programming and as host of the first ever federally recognized esports sporting event,” said Air Force Capt. Oliver Parsons in a FORCECON press release. “The collaboration between the Dept of the Air Force’s gaming tech & esports event provider, Rally Cry, the game changing venue, Tech Port Center + Arena, the world-class supporter & military advocate, Space Force Association, and the unity between every US military branch is going to make for a meaningful and memorable event.”

Air Force Gaming falls under the Air Force Services Center and serves to connect Airmen and Guardians across the service through their passion for gaming. The program uses esports to bring service members together from around the world to build community and resiliency in the service. Air Force Gaming has been a pioneer in military esports and hosting the Armed Forces Sports Championship at FORCECON is a major step for gaming across the DOD.