Happy Birthday USCG: Why some claim the Coast Guard is the oldest and most badass military service branch - We Are The Mighty

Happy Birthday USCG: Why some claim the Coast Guard is the oldest and most badass military service branch 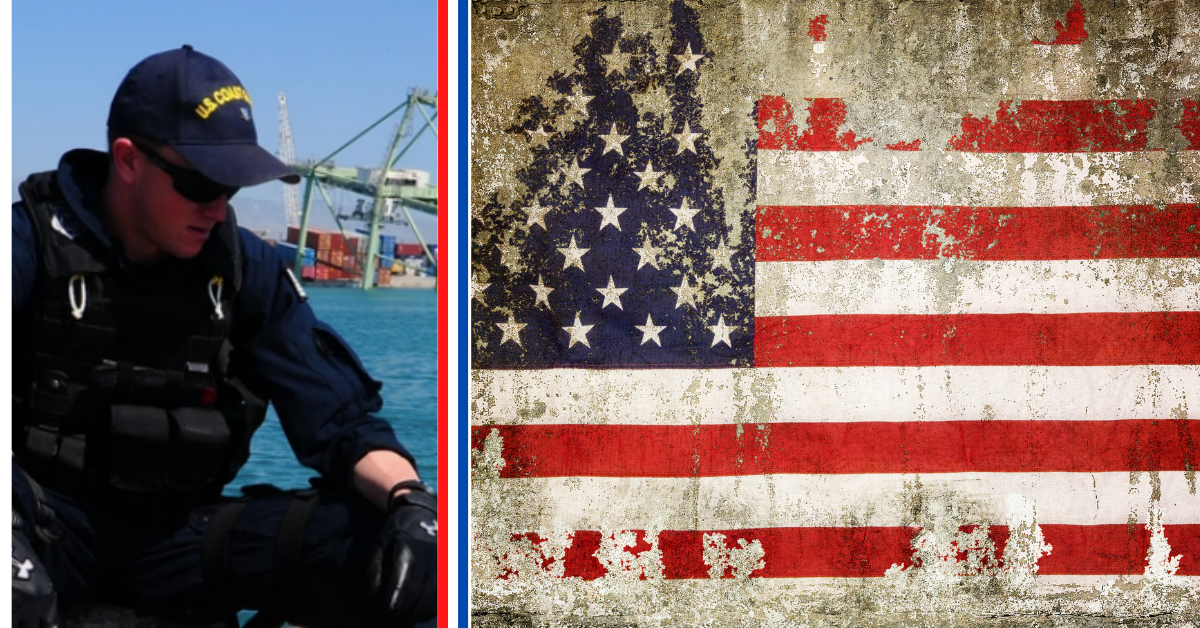 August 4, 2022 marks the Coast Guard’s 232nd birthday. Over two centuries of continuous lifesaving, law enforcement and defense while proudly serving the United States looks good on the force. And despite the Army and Navy claiming to be the older service – they’re all wrong.

Here’s why. When the Revolutionary War ended in 1783, the Continental Army and Navy were dissolved. Gone. Finished. Cut off! Minus two little volunteer militia units to maintain the weapons. This was largely due to the country not wanting a “standing” military, leaving it up to essentially volunteer militia and states.

Seven years later on August 4, 1790 the orange and blue savior we all know and love, the United States Coast Guard, was born – though initially labeled The Revenue Cutter Service.

The Legion of the United States (the new standing Army) wasn’t created until two years later. And then the Department of the Navy wasn’t formed up again until 1798.

There you have it. Despite being the country’s smallest branch of service, the factual historic evidence proves they are technically the oldest continuous branch of service. Though our soldier, sailor and marine friends will be highly peeved with these statements — y’all quite literally broke up and got back together years after the relationship started. Like Ross in Friends, you were on a break!

But, fine. We’ll give you your official older-than-coast-guard birthdays. You paved the way to the amazing branches wrapped around the world protecting all of us not only here in America but standing the watch and demonstrating the true meaning of servant leadership. We salute you all!

Let’s take a look at our top 10 epic-awesome-amazing facts about coasties and their history you should absolutely know on this monumental day.

During the American Civil War, coasties fired the first naval shots. Why? Because they’re always ready.

The Revenue Cutter Service merged with the U.S. Lifesaving Service in 1915 and its officially renamed the Coast Guard. Basically, they were so good leadership wanted them to take over another watch for America.

During prohibition, the service was in charge of preventing illegal maritime smuggling of alcohol. Maybe not the best fact to remember, but still. Another job added to the long list of roles for coasties.

President Franklin D. Roosevelt ordered the transfer of the Lighthouse Service to the Coast Guard in 1939, making it fully in charge of maritime navigation. Didn’t give this role to the big ‘ole Navy, did they? No.

It has been involved in every major conflict since its founding. That’s right, small but mighty!

In 1942, a coastie evacuated and saved 500 men of COL Lewis B. “Chesty” Puller’s 1st Battalion, 7th Marines. His last words before he perished from wounds sustained by Japanese gunfire during the rescue were: “Did they get off?”. He was awarded the Medal of Honor for his heroic actions and Marines still talk about him to this day. Legend.

In the 80’s, the Navy ships received Coast Guard Law Enforcement Detachments, since coasties have the power to make federal arrests on the water and sailors… well, sailors don’t.

Today, coasties defend and protect more than 100,000 miles of U.S. coastlines and waterways while also safeguarding an Exclusive Economic Zone encompassing 4.5 million square miles stretching from North of the Arctic Circle to South of the equator, from Puerto Rico to Guam, encompassing nine time zones – the largest EEZ in the world. See that? Biggest AOR, ever. With the smallest number of people to cover it, but they get it done.

Each day the Coast Guard facilitates the movement of $8.7B worth of goods and commodities through the Nation’s Maritime Transportation System. They also seize around 874 pounds of cocaine and 214 pounds of marijuana, preventing it from coming into America’s shores, while the Navy is out enjoying their port calls.

It wears more hats than any other branch of service! Not only is the Coast Guard an armed force but it holds the title of law enforcement, first responder, humanitarian service and protector of the environment. You’re welcome.

To the men and women in Coast Guard blue, we salute you. Semper paratus, though the fact is you don’t need the reminder because you’ve been ready for 232 years. Happy Birthday coasties!