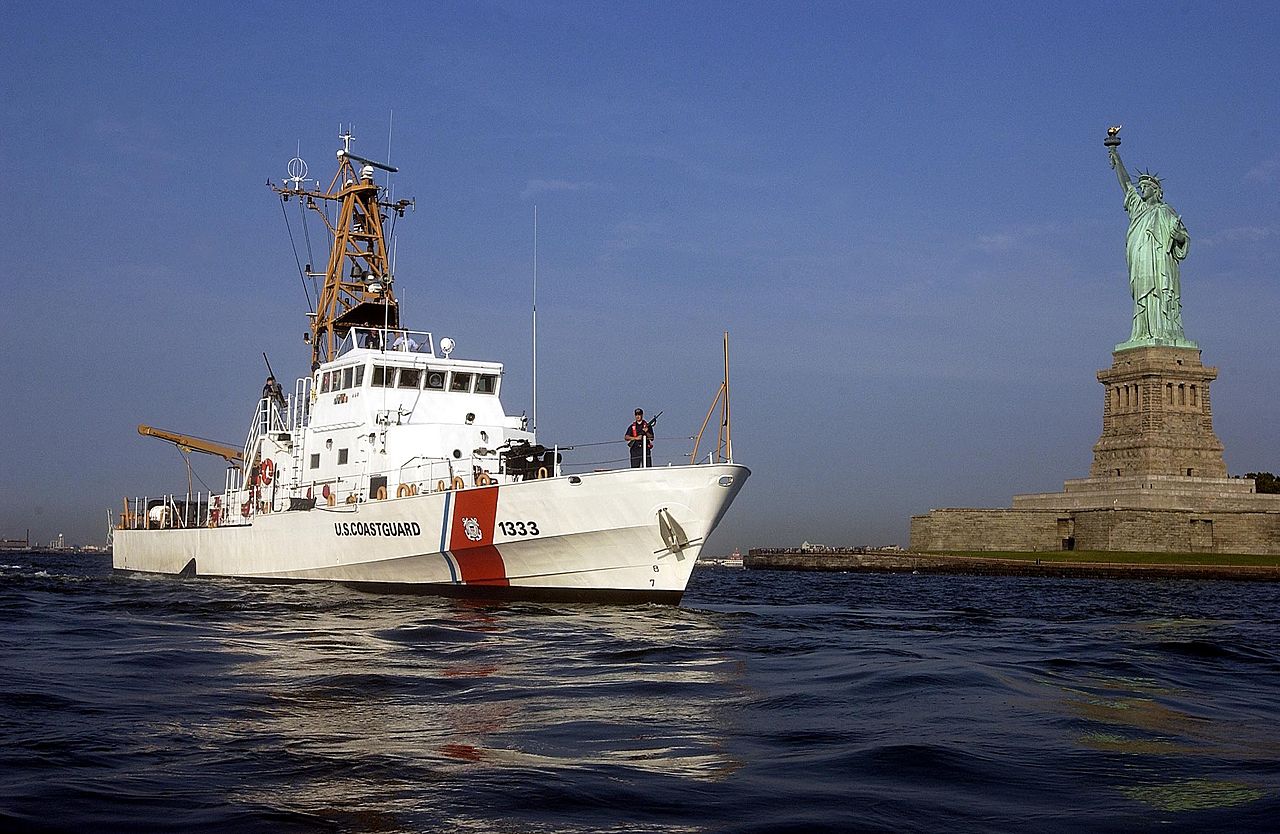 September 11, 2001 is a day that will always be remembered for the horrific loss of American life. However, it is also a day that can be remembered for extraordinary courage and heroism. A prime example of this can be seen in the actions of the crew of the USCGC Adak (WPB-1333).

On 9/11, Adak arrived in New York Harbor one hour after the Coast Guard tug Hawser and took over On-Scene Commander responsibilities. Amidst the chaos, Adak coordinated the rescue of civilians from Manhattan. She led a makeshift fleet of military, merchant, city, and private vessels. Thanks to her efforts, 500,000 people were evacuated from Lower Manhattan on that fateful day. In recognition of her service, Adak received the Secretary of Transportation Outstanding Unit Award.

After 9/11, Adak was part of the Coast Guard force that reinforced the Navy in Operation Iraqi Freedom. Although the Navy’s ships were too large to maneuver well off the Iraqi coast and in the Northern Persian Gulf, Coast Guard Cutters like Adak were able to navigate the waters with relative ease. She famously provided maritime security for the Navy SEAL attack on the Khor al-Amaya and Mina al Bakr Oil Terminals, preventing Iraqi escape or reinforcement from the sea. The attack marked the beginning of Operation Iraqi Freedom on March 20, 2003.

Afterwards, Adak was assigned to patrol the Khor Abd Allah Waterway which leads to Iraq’s primary port of Umm Qasr. There, she supported the British and Australian shelling and amphibious assault on the Al-Faw Peninsula. During the landings, an Iraqi PB-90 patrol boat was spotted and destroyed by an AC-130 Spectre gunship. Adak conducted Combat Search and Rescue operations and pulled three hypothermic Iraqis from the water. The men, later identified as warrant officers of the Republican Guard, were the first Iraqi prisoners taken during the operation.

Adak continued to conduct maritime operations throughout Operation Iraqi Freedom. In fact, she has patrolled the Arabian Gulf ever since. However, the Coast Guard has announced its intention to decommission to hero ship. In service since 1989, Adak has reached the end of her service life. Tragically, the Coast Guard has determined that the only ways to dispose of the ship are selling her through a GSA auction or giving her to an allied nation through the Foreign Assistance Act. Her location in the Arabian Gulf makes it too expensive for the Coast Guard to bring her home.

Dissatisfied with abandoning such an important vessel, the USCGC Adak Historical Society has started a petition to bring the ship home. At this point, nothing short of an order from the President of the United States will be enough to save her. The USCGC Adak Historical Society is fighting to preserve the historically important ship as a museum and 9/11 memorial in the United States. As of April 19, the petition has received 3,000 signatures of its 5,000 signature goal.