How the top 7 war medals are issued to troops 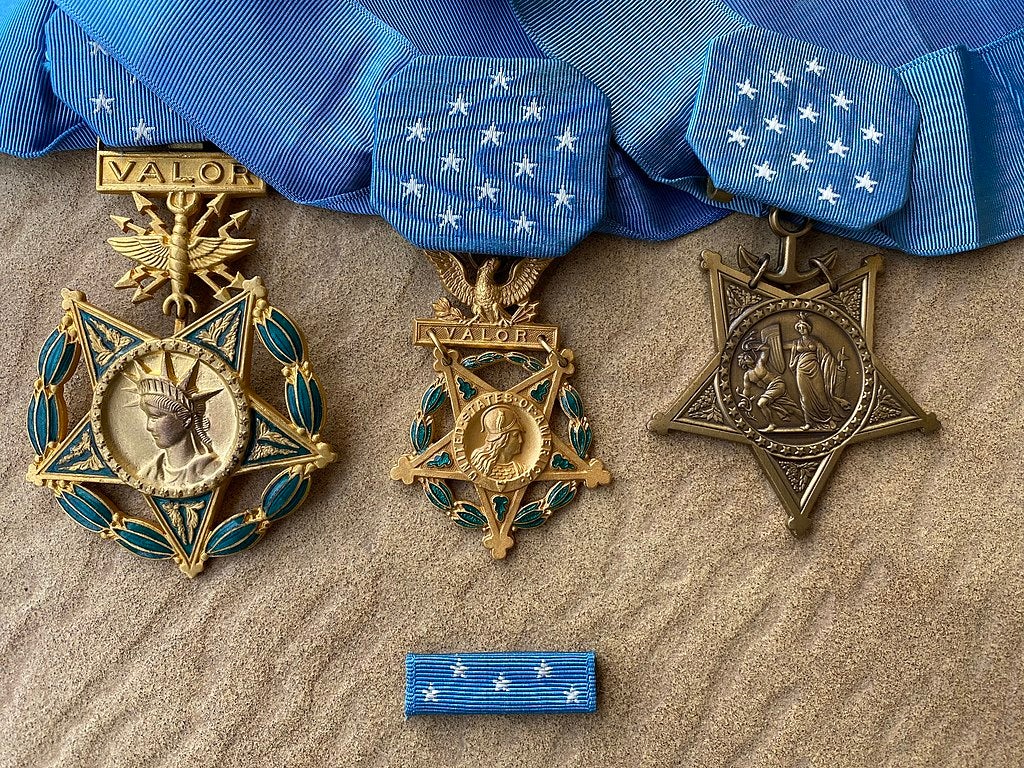 US Medals of Honor. Air Force, Army and Navy types. Part of the AEA Collections.

Bestowing of war medals continues to be the most admired and preserved tradition in the culture of the US Armed Forces. Five branches of the US military, including the Navy, Air Force, Coast Guard, Marines and Army, award medals. Awards may be given during war or peacetime while defending civilians or other service members and are customarily earned for actions taken during combat. The Space Force is still forming their SOPs in all aspects of the branch but we can reasonably assume they will follow some sort of traditional way to bestow awards.

Different medals have different meanings; some indicate remarkable service in aerial flight, others are distinct to ground operations, while others are meant for those in the sea only. Some specific medals are awarded to certain branches, while others can be given to members of all the branches. They can also indicate serving during a specific conflict, for instance, Afghanistan.

This is the highest and most desired medal the United States government can grant to an Armed Forces member. The medal is usually issued by the President as a representative of Congress and includes three variations; one is for the Air Force, one for the Army, and the other for Coast Guard, Navy, and Marine Corps. Medal of Honor is issued to US Armed Forces members who differentiate themselves via conspicuous valor and dauntlessness, putting their country and team member’s life before theirs.

Second in rank is the Distinguished Service Cross, usually awarded to an Army member. It depicts gallantry in the war that is remarkable enough to exceed the requirements for all other medals except the medal of honor. The medal was issued in honor of the member, letting the whole world know that they sacrificed themselves for the greater good. Although not the highest in rank, the Distinguished Service Cross is also one of the most desired medals awarded.

Silver Star comes at number three, usually granted to a member of the Armed Forces. It shows that the member presented gallantry in rising actions above the requirements for all medals apart from Medal of Honor and Branch-specific medals.

President Richard Nixon established this medal in 1970 in honor of members who present meritorious service in a position with colossal responsibility while dealing with a joint service mission. It is usually issued by the Secretary of Defense and is the highest military joint service medal as well as the highest non-combat decoration.