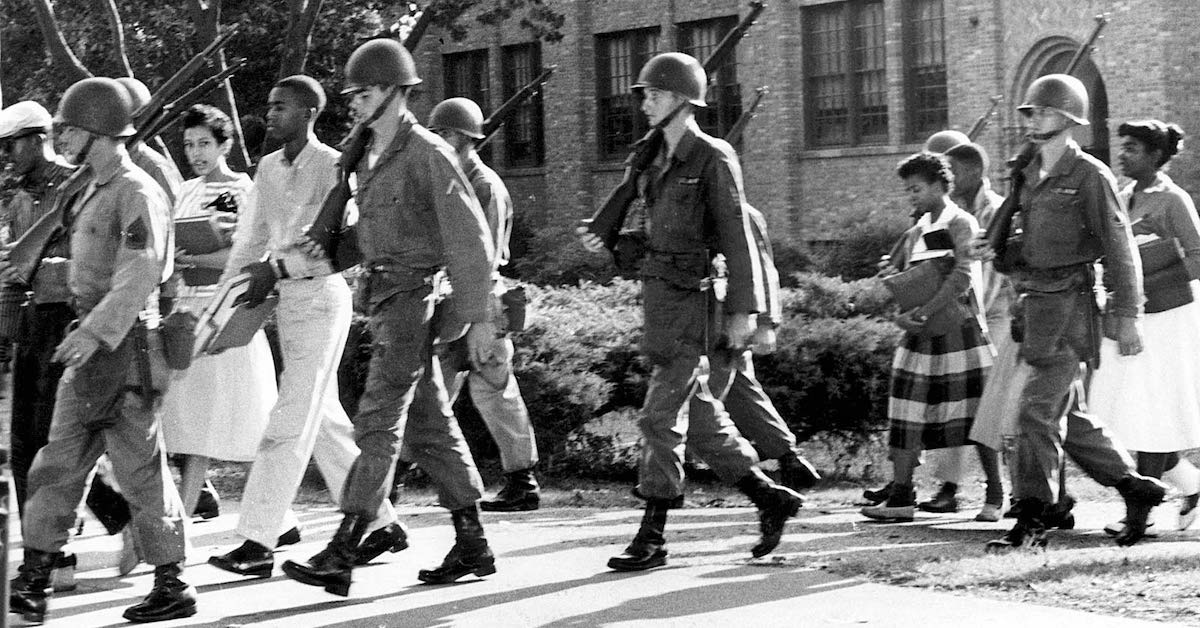 When the “Little Rock Nine” expressed their interest in attending Central High, Faubus surrounded the school with 100 armed Arkansas National Guard troops to prevent integration. Additionally, a mob of 400 white civilians gathered to harass and threaten the children.

The standoff continued until finally the safety of the students was so jeopardized that President Eisenhower federalized the Arkansas National Guard and approved the deployment of the 101st to protect the students.

Troops remained at Central High for the remainder of the year, but the Black students continued to endure physical and verbal assaults and it took until 1972 for all grades of Little Rock public schools to finally be integrated.