The original ‘Philadelphia Experiment’ was about a US Navy cloaking device 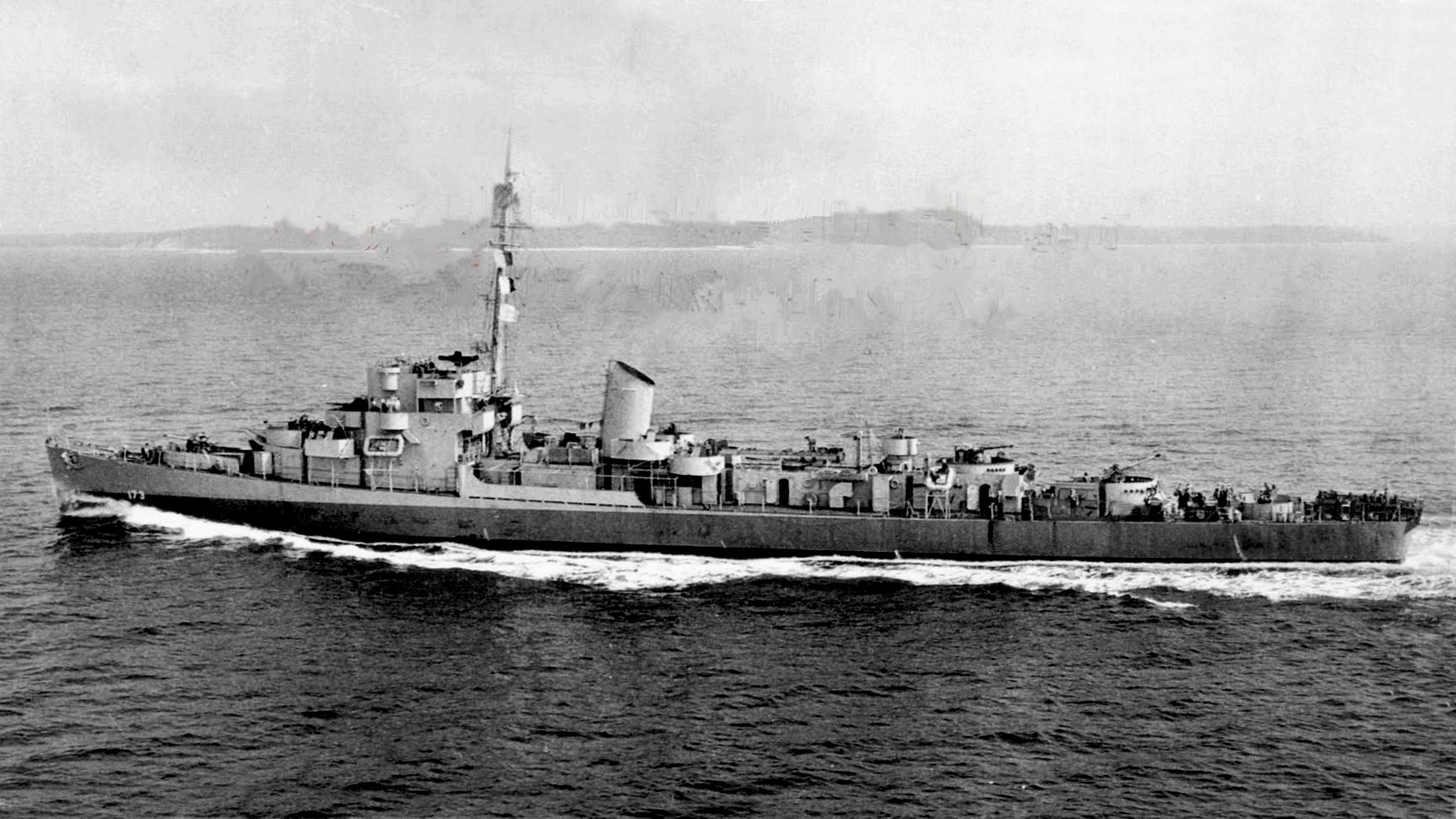 The U.S. Navy destroyer escort USS Eldridge (DE-173) underway at sea, circa in 1944. The wartime censor seems to have erased the radar antennas. (Wikimedia Commons).

Did the super-secret experiment with cloaking technology and teleportation really happen? Conspiracy theorists often cite secret, World War II-era government and military experimentation that will never be revealed to the public. The truth is more likely that it’s a case of a rumor mill gone horribly awry.

The story of “The Philadelphia Experiment” began in 1955, when the Office of Naval Research received a package containing annotated science fiction novels, a series of correspondence in the form of letters and other “research materials” in the mail from a sender who claimed to have been present in Philadelphia the night the Eldridge made its fantastic voyage.

Whoever sent the original packages not only claimed the details of the cloaking/teleportation experiment, but also claimed the Eldridge was fully crewed at the time. The crew was said to have suffered insanity from the fallout of the experiment and some even seemed frozen in time.

Naval officers from the Office of Naval Research invited the author of the sci-fi novel to their offices. The author, Morris K. Jessup, recognized some of the handwriting as being from a similar series of letters he’d also received in the mail. The writer of his letter claimed to have been very close to unlocking the secret of the alien technology Jessup wrote about in his book, “The Case for the UFO: Unidentified Flying Objects.”

Two naval officers, Capt. Sidney Sherby and Cmdr. George Hoover decided to investigate the allegations of the Philadelphia Experiment, as well as the writer making those claims. It didn’t take long to realize what really happened.

Allegedly the crew of a civilian merchant mariner called the SS Andrew Furuseth were witnesses to the flashes of green light and the mysterious appearance and subsequent disappearance of the Eldridge at Norfolk. The ship was in Norfolk harbor that night, but the master of the ship denies seeing anything described in the letters. Which is consistent with the position of the USS Eldridge.

In October 1943, the USS Eldridge wasn’t even in Philadelphia. Nor was it in Norfolk. It was in New York City, according to the destroyer’s war diary. The ship had just returned from a convoy mission to Bermuda, where it underwent its sea trials. It was in Norfolk by November 2, 1943, to join a convoy bound for Casablanca, Morocco.

The entire Philadelphia Experiment claim turned out to be a massive hoax. Investigators traced it back to a merchant seaman named Carl Allen, who sent the fantastical story to the science fiction writer, Jessup. The letters and book notations were made by Allen and Jessup before being sent to the ONR. Allen had made the whole thing up and spread the word before getting with Jessup to mail the documents to the Navy.

Other details of the story claimed that famous physicist Albert Einstein and inventor Nikola Tesla were creating technology to contribute to the experiment. Allen claimed the entire thing was classified as “Project Rainbow,” which investigators found didn’t exist as a teleportation project, but was instead the code name of the plan to defeat the Axis powers before the U.S. entered World War II.