How deployed soldiers celebrate Christmas - We Are The Mighty 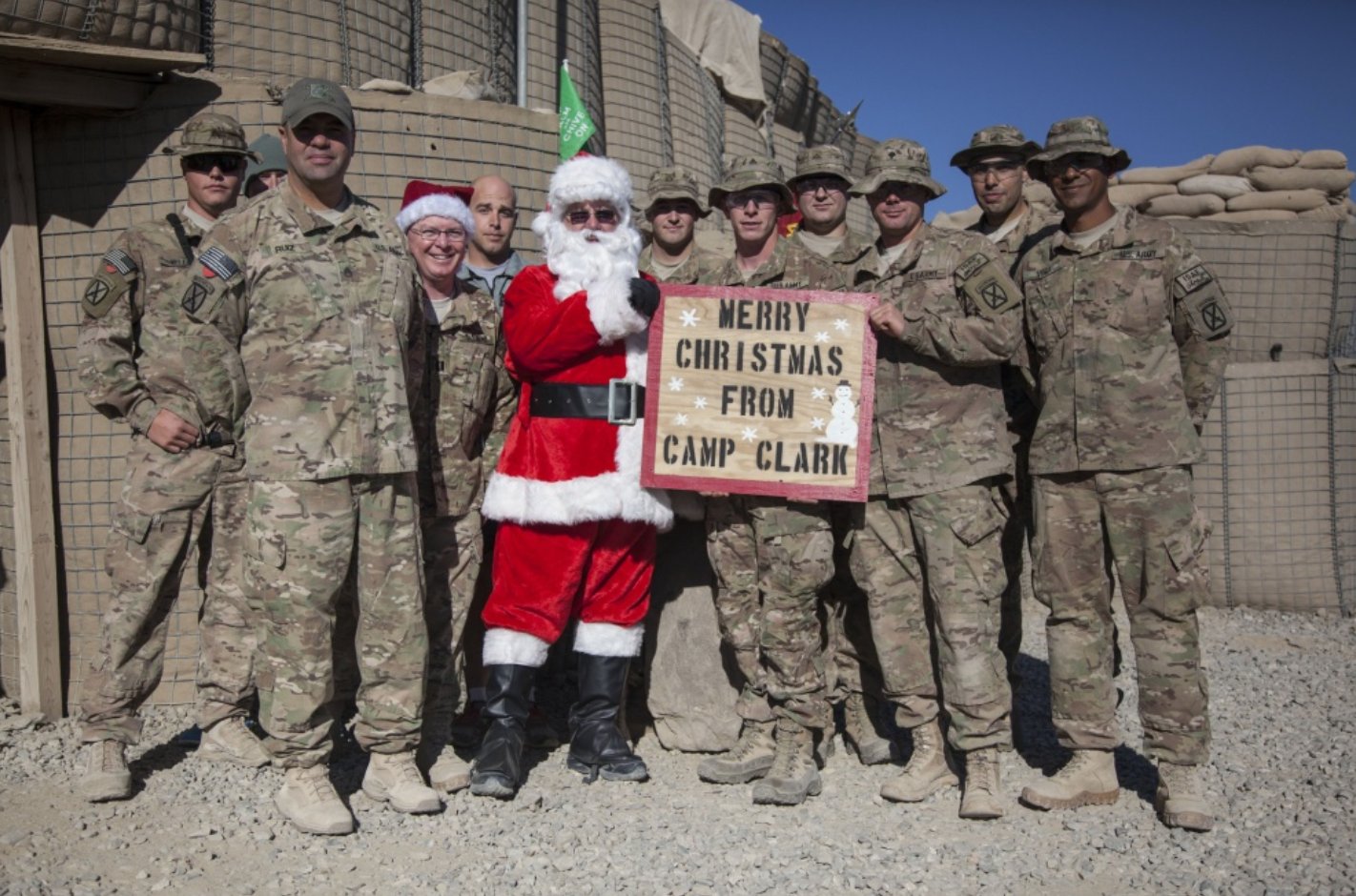 Every year, thousands of Americans in the military spend their holidays serving their country abroad. This year is no exception. There are service members on every continent, in over 170 countries. Being away from home on Christmas can be lonely and painful, but it has a certain beauty of its own.

Tradition is a big part of the military community, and celebrating the holidays is no exception. While stationed abroad, service members do whatever they can to make the season bright. It’s never the same as being home for the holidays, but the special moments spent on base make future Christmases at home all the brighter.

This is how deployed soldiers celebrate Christmas

Each base celebrates differently, but holiday celebrations are pretty universal.

Just after Thanksgiving, the preparations begin. Decorations vary, but soldiers do their best to deck the halls with makeshift trees, wreaths, and even lights. Some recreation programs host decorating contests with prizes to get everyone in the Christmas spirit.

When the big day arrives, it’s often kicked off with a Christmas 5 or 10K. As the day goes on, you can expect to see service members going the extra mile to spread some smiles. Some might dress up as elves, Santa, or the Grinch, while others stroll about the base singing carols. It’s not all silliness, though. For those who want to, Christmas church services are usually offered all day long at the base chapel.

Christmas is one of the few days that just about everyone is invited to relax and enjoy themselves. Soldiers spend time calling family, playing games, or spending time outside if the weather allows. On some bases, it’s even warm enough to go for a celebratory snorkel!

Christmas dinner is typically a much-anticipated event. The meal is always next-level, with turkey or ham, all the fixings, and enough dessert to go around. In a touching twist, commanding officers often volunteer to serve their subordinates at dinner as a sign of appreciation and gratitude for their service. Often, the meal is accompanied by concerts or other live entertainment to raise morale. After dinner, soldiers gather for game nights or to watch classic Christmas films to bring the festivities to bring the evening to a peaceful close.

Every base is a little different, but at the end of the day, their individual traditions are part of what makes a Christmas deployment a special experience.

Many Americans are stationed in countries that don’t typically celebrate Christmas. One would expect to celebrate alone, but that’s not always the case. In some areas, like Bahrain, soldiers have been pleasantly surprised when the locals wished them a Happy Christmas. The culture on base often lightens up, too. Some soldiers have been surprised with pajama days, cocoa, and other luxuries that would normally be off-limits.

The holiday reminds you of your priorities.

More than anything, Christmas reminds soldiers of why they enlisted in the first place. When you sit down to Christmas dinner on deployment, you’re breaking bread with those who have vowed to protect their country, their families, and each other. You’re sacrificing your holiday to help protect your traditions back home. It’s not easy, but a Christmas spent serving your country is one you’ll never forget.