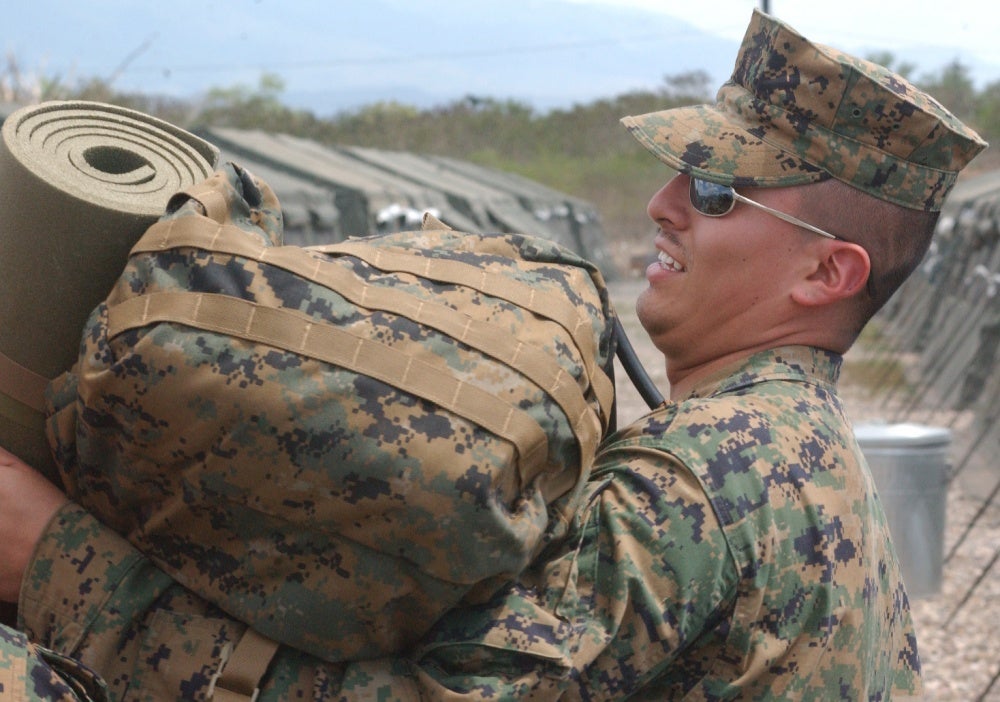 Boots, otherwise known as ‘new’ Marines, are the future of the Marine Corps. FNGs, also known as F**king New Guys in the Army, are the next generation of those who serve. I don’t know what they call them in the Navy, but I’m sure it’s something I can put into print. The point is everybody is rookie but in the Marine Corps it hits different. Marines are their own breed. They play by their own rules and we wouldn’t have it any other way – so suck it up, boot!

1. You have to put up with alcohol-related traditions

Everybody had to police call the quad everyday. Everyone had to pull the inexplicable bicycle stuck in the tree or put out the literal dumpster fire. So the fire department doesn’t get called. When staff sergeants asks for volunteers you might as well just get up. You’re not getting out of it. If you do, your seniors will notice and stick you on the next one. The only silver lining here is that; if you volunteer enough, your seniors may decide you won’t be on working parties for a long while.

One time, as a private I volunteered for everything until there was a working party I really didn’t want to do. I gave my corporal a please-I-do-not-want-to-clean-the-porta-sh*tters look and he gave me the nod to stand down. Everyone was new once, now it is your turn.

3. You will always have A. Duty on holidays

Get used to your name being on the roster for Assistant Duty or Rover position every weekend. If you think you’re getting lucky slipping under the radar, its because you’re about the catch the green weenie deep into a holiday leave block. Don’t fret, every notices you haven’t had it in a while.

4. Not even civilians on base respect you

When you go to the PX, postal exchange…the convenience store in civilian terms, everyone notices your High ‘n Tight haircut. There is no hiding the rigid posture and the ‘yes, sir’ and ‘ma’ams’ you use like a comma. Cut it out. You’re going to have to get used to the fact those civilians are going to treat you like a person. It’s kind of refreshing in a way. Unless you’re so boot you think your service, that is defined as passing boot camp, entitles you to special treatment.

5. You will be sick of deployment stories

No one wants to hear your drill instructor voice or stories from the schoolhouse. They’re terrible, you’re talking out your butt cheeks. Real war fighters have actual war stories to tell. They will talk amongst themselves as if you don’t even exist. For all intent and purposes, until you prove yourself in a combat deployment, you’re not even a real Marine by infantry standards.

You’re going to be so sick of everyone’s garbage by the time you deploy you can’t wait to kick down a door and deliver 5.56mm bits of freedom into an insurgent’s chest. The Marine Corps wants to keep you mean. Boot.