Man and grandson hook two Barrett .50-cal rifles fishing in Florida - We Are The Mighty 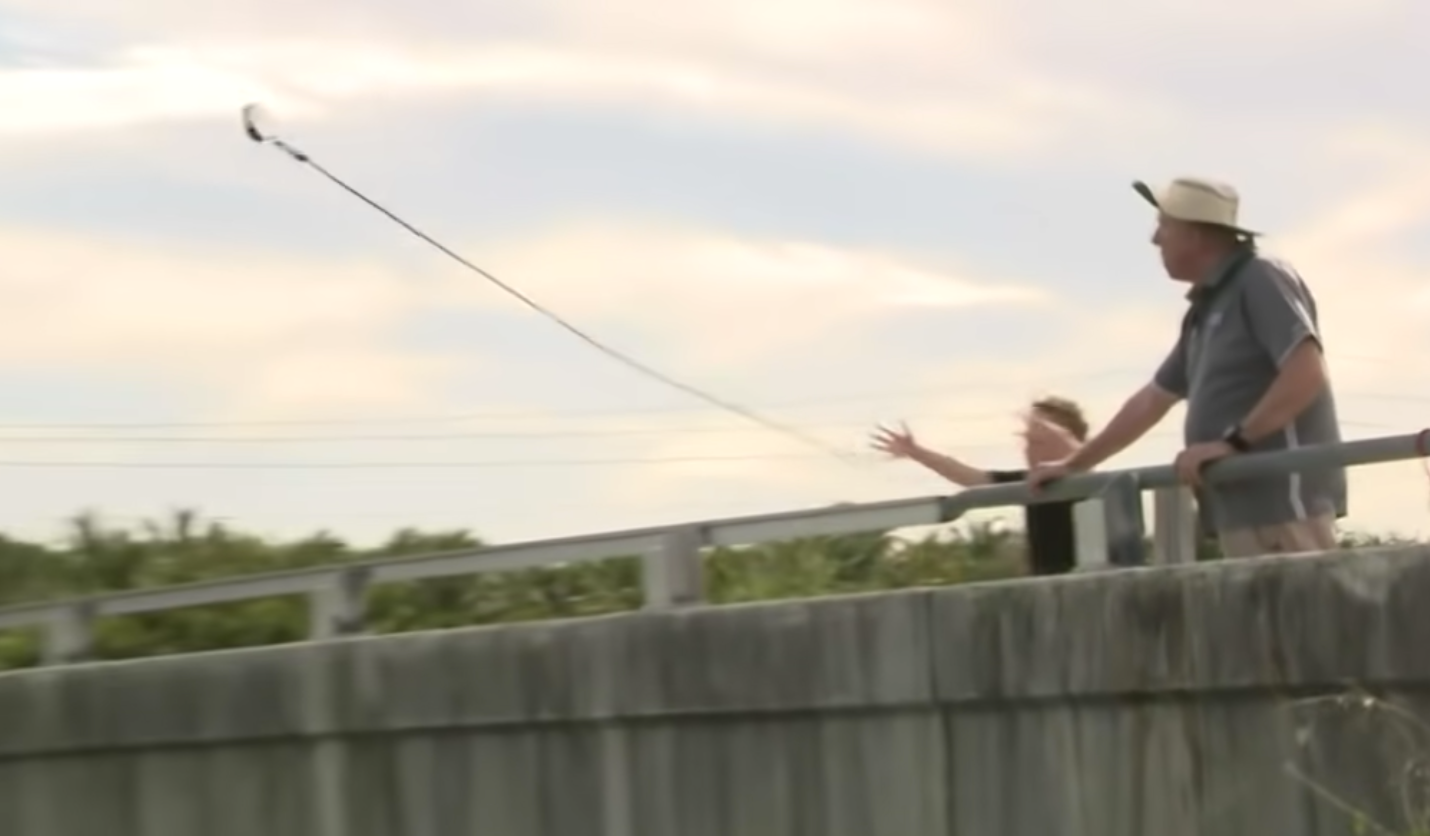 Fishing can find you inner peace, creative ideas, engaging conversation, or in the case of one grandfather and his grandson, a Barrett .50-caliber rifle. More specifically, two of them. Duane Smith and his grandson, Allen Cadwalader decided to try out magnet fishing after seeing the activity on YouTube. However, their 5-pound magnet pulled more than they were expecting from the C-102 canal in Princeton, Florida.

After about five minutes, the duo hauled in about two pounds of scrap metal. However, they then reeled in the lower receiver of a .50-caliber rifle. Smith was shocked at the find. “I figured, since it was our first time, this was beginner’s luck,” he told the Miami Herald. Tossing the magnet back in the water, Smith and Cadwalader pulled up a second, identical Barrett lower receiver. “The Barretts had so much mass,” Smith recalled. “The magnet went straight to them.” Notably, the barrels appear to be missing from the receivers.

Smith and Cadwalader took the receivers home and scraped off the corrosion in about 30 minutes. “It looked like it was something that someone would want to come back for,” Smith said. “Whoever did this is not your run-of-the-mill criminal.” In addition to the heavy-hitting .50-caliber round that the rifles are chamber in, both receivers had their serial numbers filed off and were wrapped in plastic.

Smith called the Miami-Dade County Police Department to report the find and two police officers were dispatched to collect the receivers. Police Detective Christopher Thomas told the Miami Herald that “…it will take some time for the weapons to end up at our forensics lab. Once there, they will be processed.” He also noted that it would take the department a while to determine if the weapons were used in a crime.

Contrary to popular belief, the Barrett .50-caliber family of rifles are not used as traditional sniper rifles. Although the .50 BMG round is capable of high accuracy, there are better rounds that offer snipers greater precision and ballistic performance at long range like the .300 or .338 Norma Magnum rounds used in the MK22. Rather, the Barrett M82 and the M107 military variant that fire the .50 BMG are classified as anti-materiel rifles that can be deployed in an anti-personnel role. If the rifles found by Smith and Cadwalader were used in a crime, the aftermath of such a crime would be difficult to hide.