Today in military history: West Point is established - We Are The Mighty 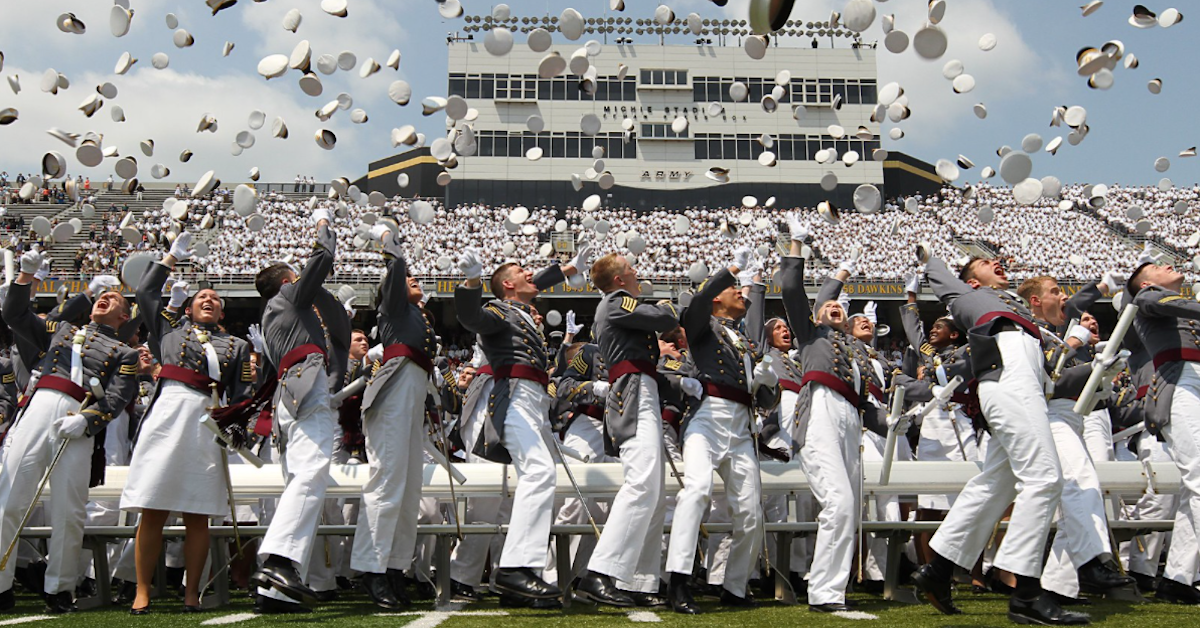 President Thomas Jefferson signed legislation establishing the academy in order to create an institution devoted to the arts and sciences of warfare. West Point would become the first military school in the United States.

Fortress West Point was considered by George Washington to be the most important strategic position in America and he used the site for his headquarters during the Revolutionary War. West Point never fell to the British and it remains the oldest continuously occupied military post in America.

In 1870, the first African American cadet was admitted and 106 years later in 1976, the first female cadets, including Rhodes Scholar Andrea Hollen, attended.

Academy graduates have distinguished themselves throughout history and in many ways have shaped the evolution of the United States Armed Forces.

Every July, more than 1,200 cadet candidates arrive at West Point, around 50 miles north of New York City. The location of the academy has significance in U.S. history. Located on the western point of the Hudson River right where it bends, West Point has historical significance in America’s quest for independence from the British. During the War of Independence, the British had to attack coming down the Hudson River. From West Point, they could see them coming.

Cadets’ civilian days are officially over right from the start. The first day at West Point involves a transformation from civilian status through a series of activities. At the end of the day, the Military Academy requires them to take an oath to serve in the US Army. Upon arrival, cadet candidates and their families begin the day with an orientation. However, when that’s over, they have just 60 seconds to bid their families farewell. After that, they will have extremely limited contact with the outside world for six weeks.

Attending West Point is free, but it’s not easy to get in. Aside from being a US citizen, students must also be in good physical condition, pass a specific medical exam and show a history of high academic achievement. Also, that free tuition comes with a different kind of debt: service. This includes five years of active duty in the Army and three years as Reserves.