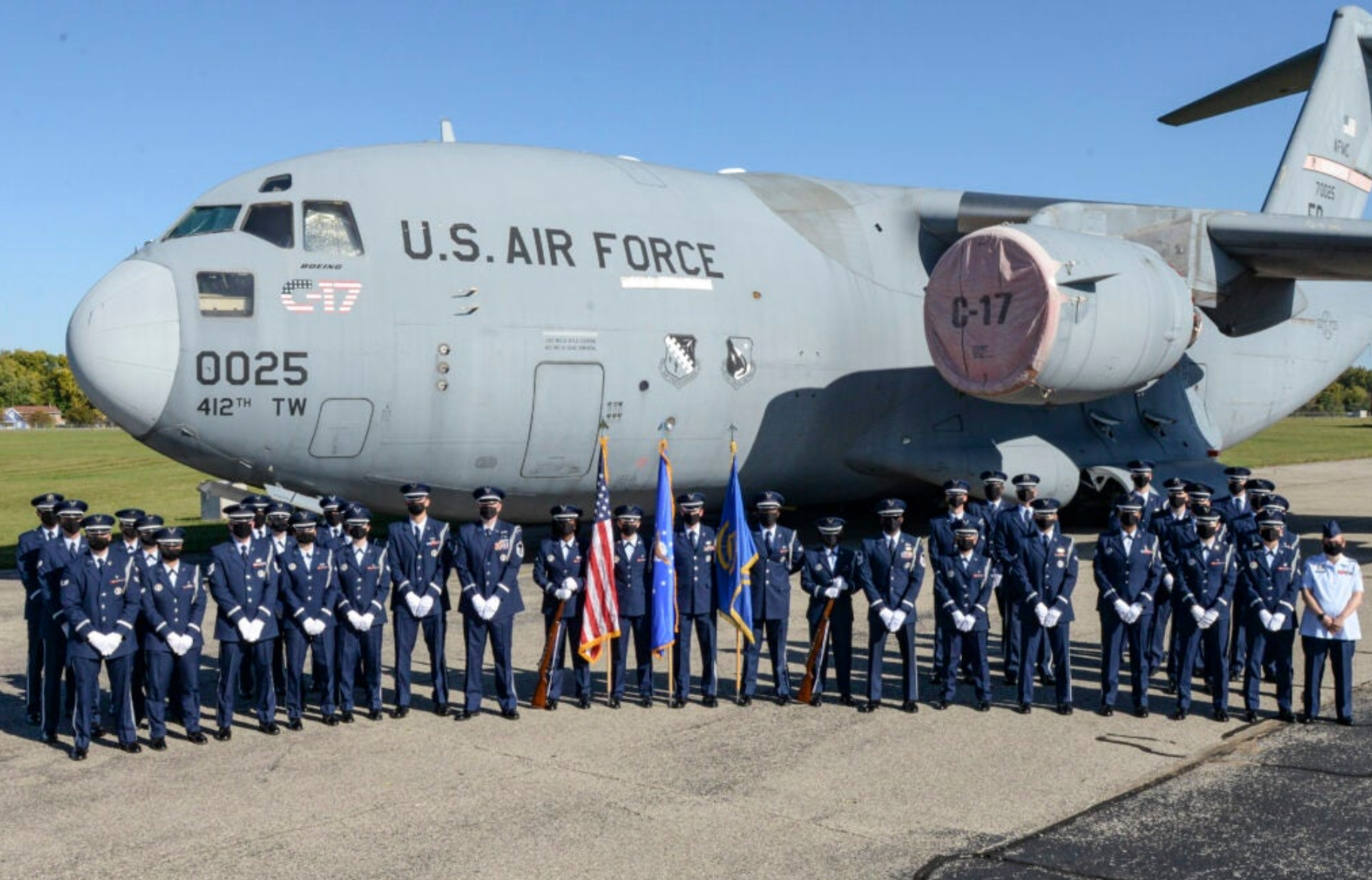 The Wright-Patterson AFB Honor Guard is the largest and busiest in the Air Force (U.S. Air Force).

Military funeral ceremonies and the posting of the colors are performed by Honor Guards. Operating from military bases, Honor Guards can sometimes travel hundreds of miles to ensure that proper military honors are rendered wherever they are needed. In 2021, the Wright-Patterson Air Force Base Honor Guard traveled an unprecedented 1 million miles to participate in nearly 4,300 funeral ceremonies and over 160 color postings.

Serving the state of Ohio and surrounding states, the WPAFB Honor Guard is regularly the busiest in the service. “It’s significant because, as far as we can tell, no other Honor Guard in the Air Force has ever done it before,” Honor Guard Superintendent Master Sgt. Gregory Linker told the 88th Air Base Wing Public Affairs. “I went back at least 20 years in our history, and we’ve never come close — and we are consistently the top-ranked base for most details completed.”

In 2020, with the beginning of COVID-19 restrictions, the Honor Guard was limited in how far they could travel to perform their duties. However, in 2021, risk mitigation measures allowed the Airmen to serve a larger area. “We’ve been wide open this entire last year, and COVID did not slow us down much at all,” said Linker. “We did a quarter-million more [miles] this past year than our average, which is a huge amount.” The WPAFB Honor Guard travels an average of 750,00 miles annually.

Making up the Honor Guard are active duty Airmen, but also members of the Air Force Reserve and Air National Guard. It is composed of 30 augmentees who rotate every six months, six permanent Air Force Installation Honor Guard Program managers from the 88th Force Support Squadron, five full-time reservists, and 220 Guard members spread across 12 installations. Together, they serve Ohio, Michigan, Indiana, West Virginia, Kentucky and part of Pennsylvania. Nearly 60% of the Honor Guard’s details were out of state for 2021.

Notably, the WPAFB Honor Guard provided the final honors for Brig. Gen. (ret.) Chuck Yeager, the first person to break the sound barrier, during his Celebration of Life at the Charleston Coliseum & Convention Center in West Virginia. While performing military honors for a national hero is a big deal, the Honor Guard takes pride in every detail they perform. “Being in the Honor Guard has been one of the greatest experiences of my Air Force career,” said Master Sgt. Joshua Lane, the NCO in charge of the Honor Guard, to the 88th Air Base Wing Public Affairs. “It is immeasurably humbling to honor the men, women and their families who fought, bled and died for our nation and for my right to serve this country. It is also one of the greatest opportunities to represent the Air Force to the American public and the world.”