Today in military history: Battle of Nassau - first US amphibious landing - We Are The Mighty 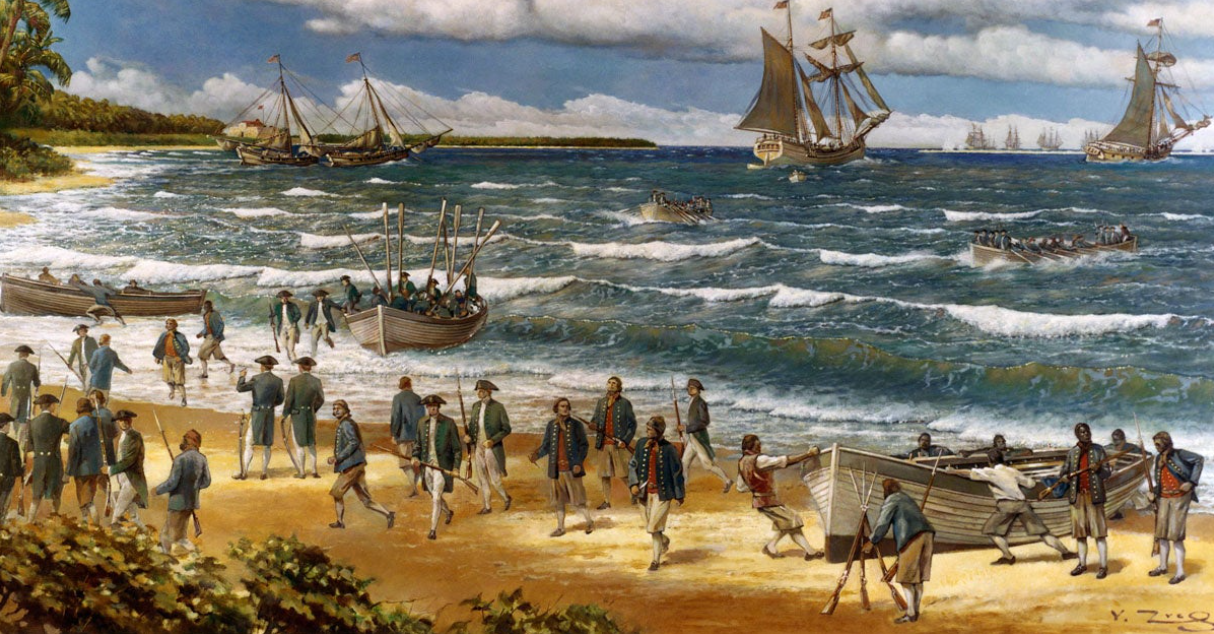 General George Washington needed gunpowder for his army and the British had a sizable stockpile at Nassau, a port town in the Bahamas. In February 1776, a rebel fleet — along with 200 marines — set sail from Delaware.

Though two ships were separated from the group, the remaining five made landfall on March 1st. Unfortunately, the mission’s commander, Esek Hopkins, waited two full days to attack. By then the British were well aware of their presence, and managed to load 162 of the 200 barrels of gunpowder onto ships bound for St. Augustine.

Nevertheless, the predecessors to the United States Marines successfully launched their first amphibious landing, seizing Fort Montagu in the Port of Nassau. After failed negotiations with the occupying British Governor, the continental forces advanced, took control of Nassau and the remaining 38 barrels of gunpowder, and raided the governor’s liquor cabinet — just for good measure.

The Continental Marines would continue to serve throughout the revolution, and the United States Marine Corps would be formed in 1798.