Today in military history: Iraqi Scud hits US barracks - We Are The Mighty 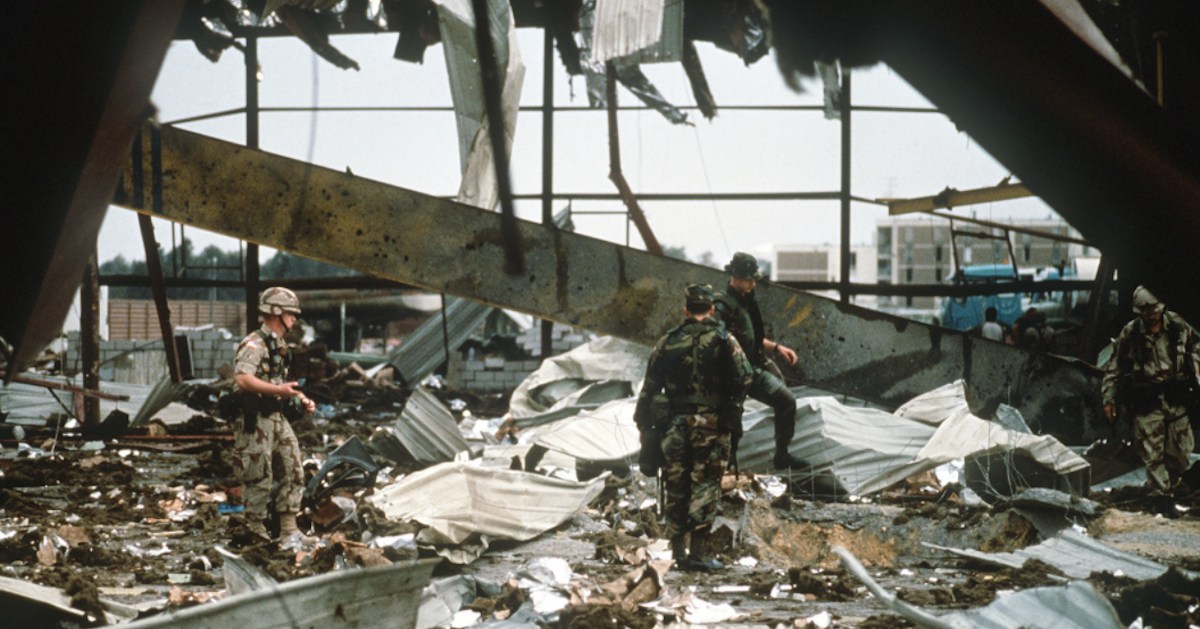 At the height of the Persian Gulf War, Iraq shot a number of Scud missiles at Coalition troops and at Israeli targets inside Israel. The Scud is not exactly known for its accuracy – it’s an unguided missile that you pretty much fire and hope it doesn’t get intercepted by a Patriot battery.

On Feb. 25, 1991, a Scud missile got through the Patriot batteries in Saudi Arabia, hitting a military barracks near Dhahran, Saudi Arabia.

The barracks was the makeshift home of a group of Army Reserve Quartermasters from Pennsylvania. When the missile hit, it was 8:40pm and the troops were winding down, eating dinner, or relaxing for the night.

Twenty-eight soldiers died from the attack. Another 110 were hospitalized and over 150 experienced minor physical injuries and/or subsequent mental health problems. It was the single largest loss of life for American troops in the entire Gulf War — more than one-third of all U.S. soldiers killed during the war.