The 5 best sniper rifles of all time 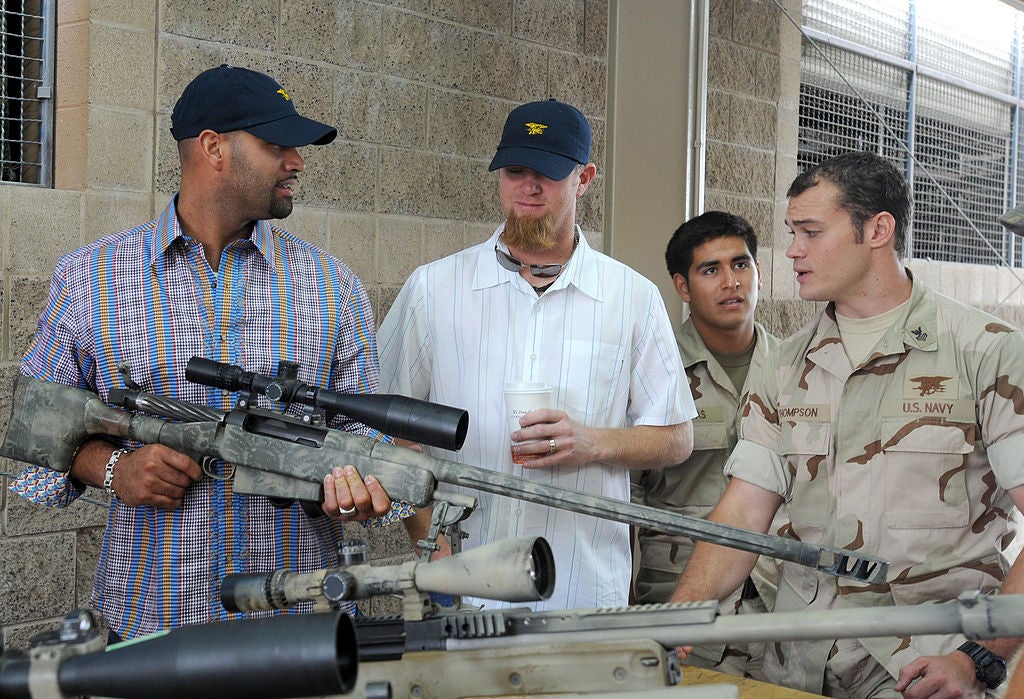 A sniper rifle is a tool, a precise weapon designed to be used in the right hands – ones that are hopefully calm, steady and collected. Sure, each tool has its own unique purpose, but there are a few overall desires skilled marksmen have for their chosen weapon.

Make no mistakes, there are many excellent weapons developed over the course of the history of firearms. There are also some famous examples of what not to do. This list is a compilation of the best weapons ever to be used for a sniper’s mission. While the end user is the most critical factor in the success of a weapon, not all weapons are created equal.

In a world where so many factors come into play when taking an extremely long shot at an unassuming enemy, we have to recognize the tool used by some of the longest-range snipers ever to pull a trigger. Among the top five longest-ever recorded kills, three of them (including the number one at 3,540 meters), were achieved with the McMillan TAC-50.

In Iraq and Afghanistan, Canadian snipers armed with this magnificent tool of warfare managed to not only take into account their heartbeat, wind speed and direction but also the curvature of the earth to make their shot. To say the weapon of choice had nothing to do with it would be folly.

Once the Marine Corps got a hold of the Barrett M82, the Army and the Air Force followed. And it’s a good thing, too. U.S. Army Sgt. Brian Kremer made the sixth-longest sniper kill with a Barrett M82A1 in Iraq in 2004. This is a powerful weapon, and (depending on the distance from a target) can shoot through cover – including concrete.

It wasn’t just designed to take down personnel, something it does well, it was also designed to be a powerful anti-material weapon, able to take out vehicles, aircraft, radar stations, and other hard targets at a long range.

Also making the top five longest kill lists is the AI L115A3. In the hands of UK Corporal of Horse Craig Harrison, the weapon’s .338 round killed two Taliban machine gunners from more than 2,700 yards away in Afghanistan in 2009 – outside of its stated effective range.

Not only is it very effective at extremely long distances, it’s also one of the most durable sniper rifles available. AI tested the weapons accuracy in temperatures ranging from -40 degrees to 158 degrees fahrenheit, and it worked perfectly. A bolt that never freezes and a chamber that never jams is worth its weight in gold.

The Dragunov is a Russian-made weapon capable of firing a standard 7.62 round and is as reliable a weapon as the standard issue AK model infantry rifle used by the Russian armed forces. It has an effective range of up to 2,500 meters and is battle-proven in urban combat, preferred because of its lightweight construction.

Most importantly is its interoperability among regular Russian troops. It’s a semi-automatic that can be used at shoulder level and handles like an AK. Anyone who fires an AK will be able to operate the Dragunov.

While technically not a sniper rifle, this one fits into the category of a tool being used for the master craftsman’s purpose. While deployed to Vietnam in 1967 Marine Corps sniper Gunnery Sgt. Carlos Hathcock repurposed an M2 .50-caliber to make a long-range sniper kill – one that still lives in fame among snipers and Marines.