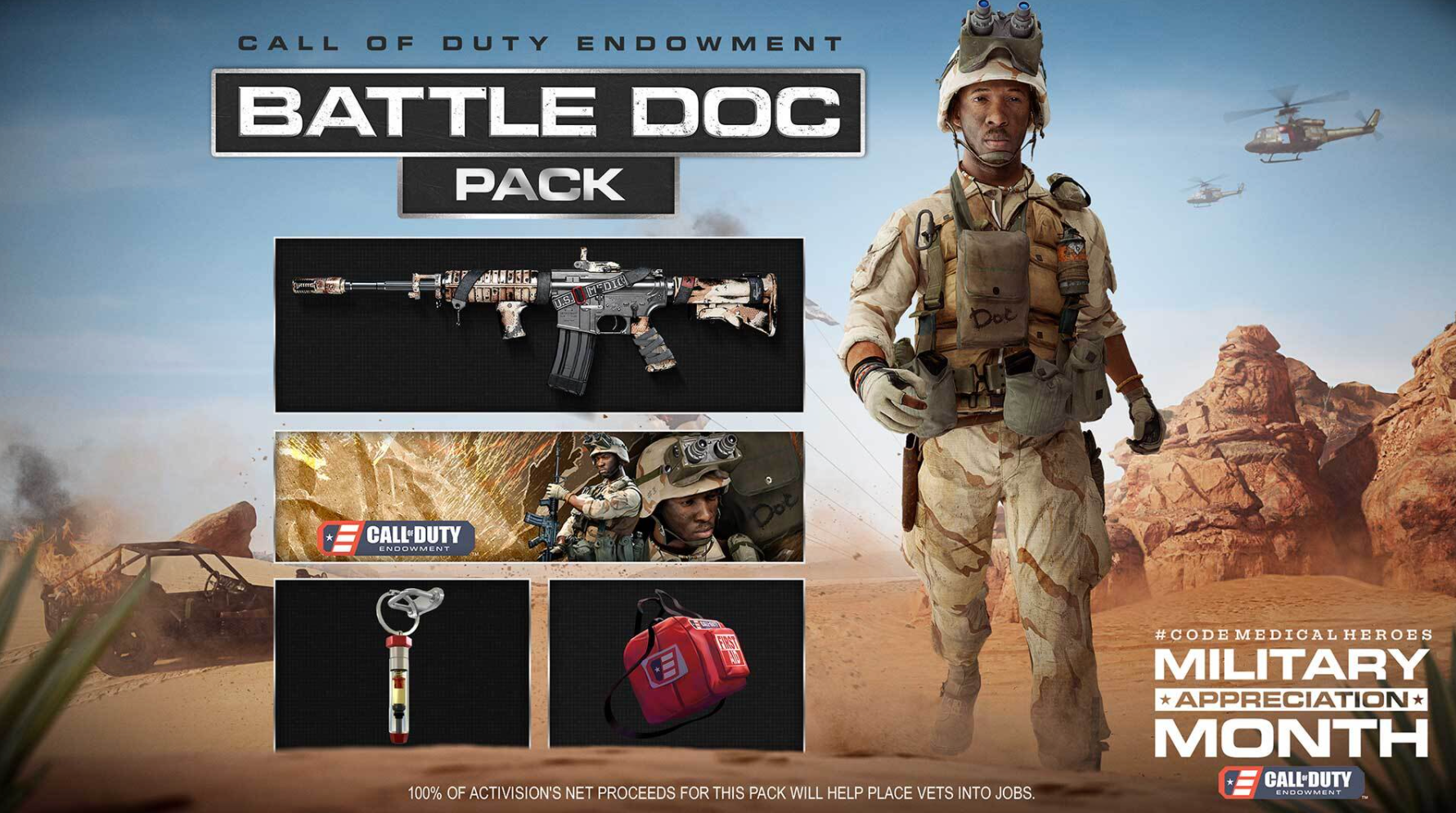 The military’s favorite game might be “Hurry Up and Wait” but our favorite games are the Call of Duty series. When troops, especially infantrymen, are told to stand by, the first thing we do is turn on our consoles. This month Activision Blizzard is raising money and awareness to an issue that awaits all of us post service: veteran employment. The Call of Duty Endowment has announced a new Battle Doc Pack with 100% of the proceeds going to fund veteran employment efforts.

Throughout the month of May on both Call of Duty: Black Ops Cold War and Call of Duty: Warzone plays can by a new Operator Skin. It was created with the help of Army Veteran Combat Medic Timothy Hobbs Jr. who is also a recipient of the Endowment’s aid. He is one of the 5,800 veterans the #CODEMedicalHeroes Campaign aims to place with jobs in the medical field.

Civilians are doing their part, too

We often hear “Only veterans help veterans’ but I’m glad that this time we’re wrong. Call of Duty players, veterans and civilians, are raising $3 million by purchasing the Battle Doc Pack. $1 million can be raised by participating in an in-game Revival Challenge in Warzone. Players who revive five others while playing will unlock the Call of Duty Endowment calling card. Players have to hurry though, the Calling Card event ends this weekend on May 9th. One player commented, ‘Let’s get that revive challenge done in WZ bois time to donate that bread and give back to the vets’ on the Xbox YouTube channel.

If one million players complete the challenge, a double-XP Day will be given to all Call of Duty: Warzone players. Additionally, Activision Blizzard will donate $1 to the Endowment for each player that completes the challenge, up to $1 million.

The pack retails for $9.99 and 100% of all the proceeds will go to the Endowment’s mission of aiding veterans. It is available for a limited time until $2 million has been raised for the Call of Duty Endowment. Combined with the Revival Challenge, it will total $3 million if players are successful. The Pilot Company — another company putting their money where their mouth is — is donating $100,000 to the Endowment. Their contribution will change the lives of nearly 200 unemployed veterans to have a fighting chance at attaining a high-quality job. SFC Tim Hobbs, Jr. also describes other Easter eggs on the Operator Skin itself. When he helped design the pack, he also paid homage to his unit, his brothers in arms, and his service branch.

You can also track the progress the endowment is making in placing these veterans in gainful employment by following them on their social media pages.