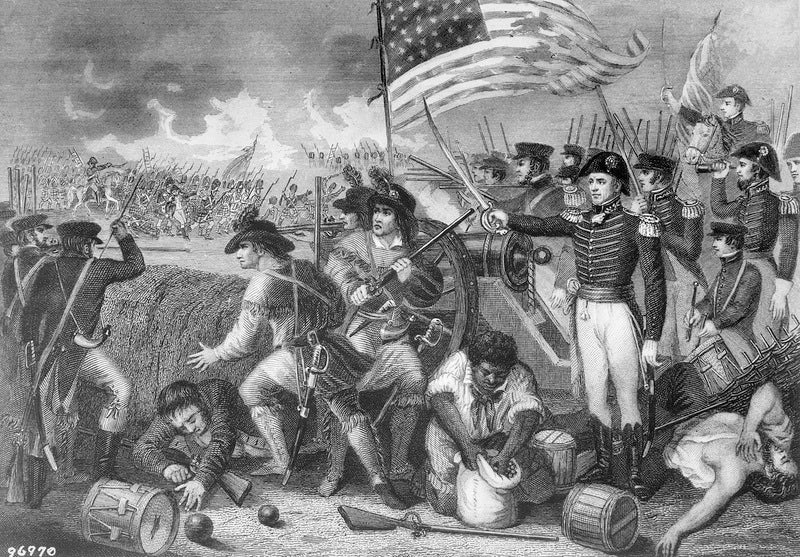 The War of 1812 was a conflict between the British and the US. The US wasn’t too happy about the British restricting their trade in Europe, so we went to war. What might surprise you to learn is how much of a role Kentucky played in this conflict, The reason? Well, first of all, Kentucky was the largest state in the West. Also, the population was high and the state manufactured gunpowder.

Mostly though, Kentuckians were such a force to be reckoned with during the War of 1812 because they were already mad at the British. At the time, many Americans believed the British were instigating Native American attacks on frontier states like Kentucky.

Kentucky was always ready to fight this war

As a result of this belief, a group called the War Hawks started up. They were young politicians, mainly from the West and the South, who pushed the US into legislation to start the War of 1812. One of the leaders of the War Hawks was Kentucky’s own Henry Clay.

Interestingly, many of the Kentucky Congressmen who pushed for the war ended up fighting in it. Now that’s what you call commitment to a cause. Following in their footsteps were the Kentucky people. About five out of every six Kentucky men of military age served, and boy were they ready to fight.

What becomes of an untrained soldier

The Kentucky Militia were really good fighters when they actually got down to fighting, but their lack of training was a problem. They were horrible at following orders, and that’s not a quality that makes for a good soldier.

Kentuckians were largely independent-style fighters that the British began to refer to as “savages.” This led the British to then justify their employment of Native Americans on their side of the war—to fight savages, you need your own savages.

Kentuckians may have saved America

Their savage fighting style might have given the Kentucky Militia a bad reputation, but when the US Military needed to get tough, they called in Kentucky to get the job done. That happened both in the Battle of the River Thames in Ontario and the Battle of New Orleans, the latter being the war’s final battle. The Kentuckians with their long rifles took care of it well and good, and the war was over, but not without casualties. About 64 percent of the Americans killed in that war were from Kentucky.

According to history, the War of 1812 was a draw. However, if it hadn’t been for the Kentuckians saving the day in New Orleans, the British might have taken it over. And if New Orleans had become a British colony, the rest of America might have eventually been taken back over by the British as well. It would have certainly changed history, that’s for sure.

Related: Find out how Russia guaranteed a Union victory during the Civil War.