Non-profit No One Left Behind is buying interpreters' tickets out of Afghanistan. Here's how you can help. - We Are The Mighty

Non-profit No One Left Behind is buying interpreters’ tickets out of Afghanistan. Here’s how you can help. 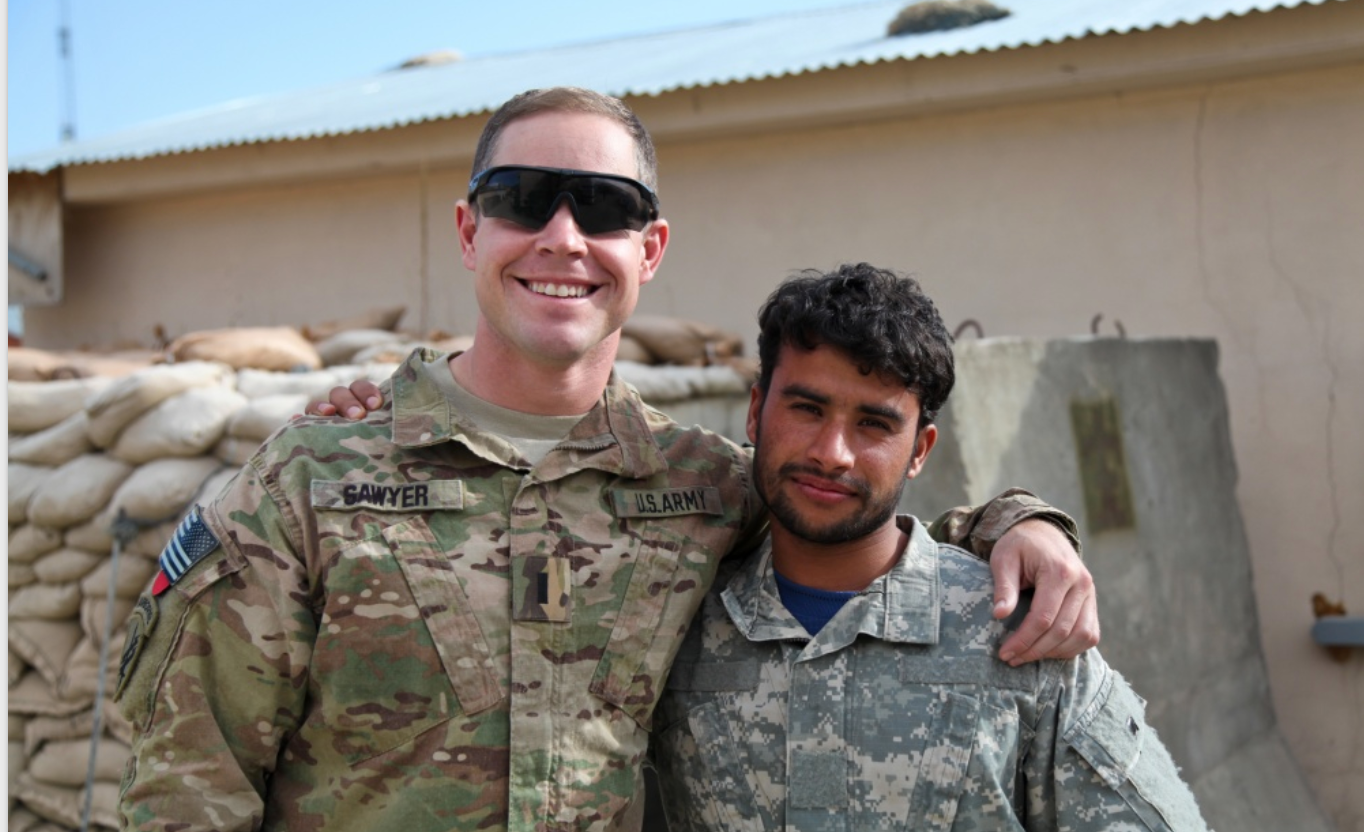 Every tidal wave starts with a single swell. There is a momentum building in the military community right now that feels like our hurricane moment is finally upon us — all in the name of getting our interpreter allies out of Afghanistan and Iraq.

Since 2001, we’ve promised our interpreters a safe haven in exchange for their help. We swore to them that if they translated our words into their native tongues, if they showed up for us — knowing they were putting themselves and their families in harm’s way — we would protect them from the warfare and the violence ravaging their homes. We told them four words that mattered on the battlefield: No One Left Behind.

For years, we left them behind. But now, there’s hope.

The non-profit organization, NO ONE LEFT BEHIND, is buying tickets for SIV holders to leave Afghanistan as well as offering financial support for interpreters and their families here at home. Army veteran James Miervaldis has been leading this charge.

“It’s part of our warrior ethos,” Miervaldis said. “We secured the funding to give anyone who qualifies for an SIV the option of flying to the U.S. commercially.”

For years, our bureaucracy has created insurmountable barriers to the Special Immigrant Visa these interpreters need to find their escape. Over 10,000 are still waiting for approval in a process that has significantly slowed in the past few years. With violence against civilians and targeted killings increasing in Afghanistan, and with a U.S. withdrawal from Afghanistan looming in the near future, many SIV applicants worry their visas will come too late, if at all.

Just this week President Biden announced Operation Allies Refuge, a coordinated effort to move interpreters out of Afghanistan. However, as many of us know, it takes valuable time to coordinate such a massive effort and that’s where the team at No One Left Behind comes in.

“Operation Allies refuge is a great and long needed effort,” Miervaldis told WATM. “But this will take time and we are ready to support SIV holders with a flight, right now.”

As part of “Operation Allies Refuge,” by the end of the month the U.S. is expected to begin relocation flights for eligible Afghan nationals and their families who are currently within the Special Immigrant Visa program, Pentagon Press Secretary John F. Kirby said during a briefing yesterday at the Pentagon.

Kirby said the Defense Department has not been asked, as of now, to provide military flights to support that relocation effort. Instead, he said, the department is involved in identifying potential relocation options for those Afghan nationals.

“The department’s role in Operation Allies Refuge will continue to be one of providing options and support to the interagency effort that’s being led by the State Department,” Kirby said. “To date, we have identified overseas locations and we’re still examining possibilities for overseas locations, to include some departmental installations that would be capable of supporting planned relocation efforts with appropriate temporary residences and associated support infrastructure.”

While Kirby didn’t name specific locations, he did say “all options” are being looked at, to include locations overseas and within the U.S.

“All options are being considered and that would include the potential for short-term use of CONUS-based U.S. installations,” he said. “We’re trying to provide as many options to the State Department-led effort as we can.”

As of now, he said, no final decisions have been made.

Kirby also said the department has stood up an internal action group that will, in part, work with the State Department to help better identify which Afghan nationals might be considered for relocation under the special immigrant visa program.

“We will do what we can to help the State Department in terms of the identification of those who should be validly considered as part of the SIV process,” Kirby said. “The department remains eager and committed to doing all that we can to support collective government efforts — U.S. government efforts — to help those who have helped us for so long.”

To help No One Left Behind, learn more and donate here: https://nooneleft.org/