A town with an opioid crisis. Two veterans with a mission to save it. This is 'Small Town Strong.' - We Are The Mighty

A town with an opioid crisis. Two veterans with a mission to save it. This is ‘Small Town Strong.’ 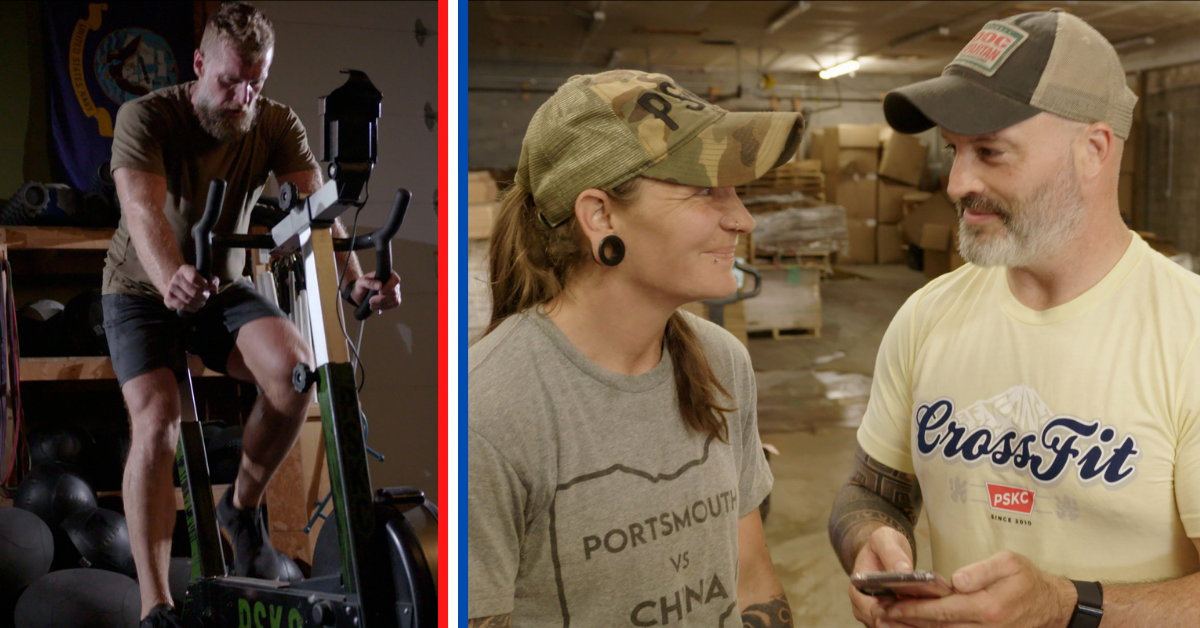 Photos courtesy of Millsap and King.

In 2020, approximately 11 Ohioans died every single day of an accidental opioid overdose, and the city of Portsmouth was widely known as ground zero. Dale King and Chase Millsap, both combat veterans, have made it their mission to bring Portsmouth back to health, one workout at a time.

Decades before being recognized as the “Pill Mill of America,” Portsmouth was a thriving community. But after economic hardship stemmed from the steel mills and factories leaving in the 1980s, paired with the over-prescribing of opioids like OxyContin, an epidemic of drug abuse began, rippling through generations.

By 2010, 9.7 million opioid pills had been prescribed to the residents of Scioto county, where Portsmouth resides. That same year, Portsmouth declared a Public Health Emergency. As the crackdown began on doctors writing prescriptions for painkillers, its users sought out cheaper alternatives to buying their pills on the street: heroin and fentanyl.

After serving in the Army from 2003 to 2007 as a Military Intelligence Officer and supporting 10th Special Forces Group through two deployments to Iraq, Dale King was ready to come home to Portsmouth. A passion for fitness led him to founding PSKC CrossFit in 2010.

Just five years later, he became the co-creator of Doc Spartan (featured on Shark Tank) alongside hometown friend Renee Wallace. In 2018, an executive with a local nonprofit counseling agency shared how powerful CrossFit had been for his own recovery from opioids. He pitched offering the class to some of his clients in the recovery program to King.

“We, of course, said yes even though we had no experience working with people in recovery or addiction though our town is well-storied in it,” he explained. “From my background in the military and with CrossFit I know there’s a very powerful method with providing group exercise to people and doing hard things, doing hard things together, and then celebrating the fact that we’ve overcome. And that’s what we did.”

For around a decade, ongoing medical studies have linked the benefits of vigorous exercise in successful recovery from drug addiction – with the workout “high” inducing the feelings of pleasure and happiness inducing hormones previously sought through drug use.

“It’s [working out] a safe introduction of psychological stress via physiological means. We put them together in a group, just like you would in a normal PT session in the military, and it’s led by an instructor,” King explained. “Participants are getting all the neurochemical positive effects. But they’re also getting an example of positive leadership in their life. And some people, honestly, never had an authority figure who hasn’t been an abusive and negative one.”

The gym started offering classes once a day in the fall of 2018. One of their first clients came religiously for 90 days, then informed King he wouldn’t see him any longer because he was graduating the program.

“I assumed he had somewhere to go but he was about to check himself into a homeless shelter because if he went back home he knew he’d start using again,” King said. This didn’t sit well with King. “I told him to show up the next day and we’d give him a mop and a broom, plus he could work out as much as he wanted to. Today he’s a general manager of a restaurant in business school and is flipping houses on the side.”

It began what is now known as the “Portsmouth Method.” King shared, “He is the first one that really broke the dam for currently around 12 to 13 employees that I have across three businesses that are all in recovery. We do 25 classes a week at the counseling center for their staff and their clients and just kind of established a very strong foothold here in Portsmouth, bridging two communities together. People in recovery, and more importantly, the people that are not in recovery, to help them understand what people in addiction are going through.”

Adam “Chase” Millsap is a 2005 Naval Academy graduate who served five years as a Marine Corps officer and then another five as special forces Green Beret in the Army National Guard. Though not a native of Ohio, he and his wife relocated back to her home state of Ohio from Los Angeles during the COVID-19 pandemic. Millsap is a long-time friend of King’s, proudly watching the impactful change he was creating in the small town.

After leaving the military, Millsap made a name for himself in television production and storytelling. In 2018, he began making regular trips to Portsmouth to film and by 2020, began pitching a documentary television show on the Portsmouth Method, alongside a good friend of both veterans – Bill, the recovering executive from the counseling center that helped start it all.

In October of 2021, Bill died from an opioid overdose.

Tired of waiting for a yes from Hollywood and sick from the loss of a friend, Millsap was ready to put it all on the line. “I said, ‘Fine, I’m just going to do it myself.’” he explained. “And that was a real kick in the ass for me, honestly, and I got pissed off, because it was like, how long do we have to keep waiting for someone to give us permission to tell this story when people are dying?”

He called King and pitched the idea of doing it on their own and it was an instantaneous yes. There may have been an enthusiastic f-bomb or two, King admitted with a laugh.

“This is my hometown. I don’t want it to be known for this [drug addiction] and this is the number one problem in our backyard,” King said. “I don’t want to look back and regret not doing anything. I want to make a difference.”

The veteran duo are working the film festival route in the spring of 2023 and working hard to get the first cut of the documentary ready. Though they haven’t ruled out returning to the likes of big-name media giants like HBO and Netflix, it’s vitally important to both of them that the story is theirs.