MIGHTY 25: Meet Dale King, Army veteran seeking to solve the opioid crisis, one employee at a time - We Are The Mighty 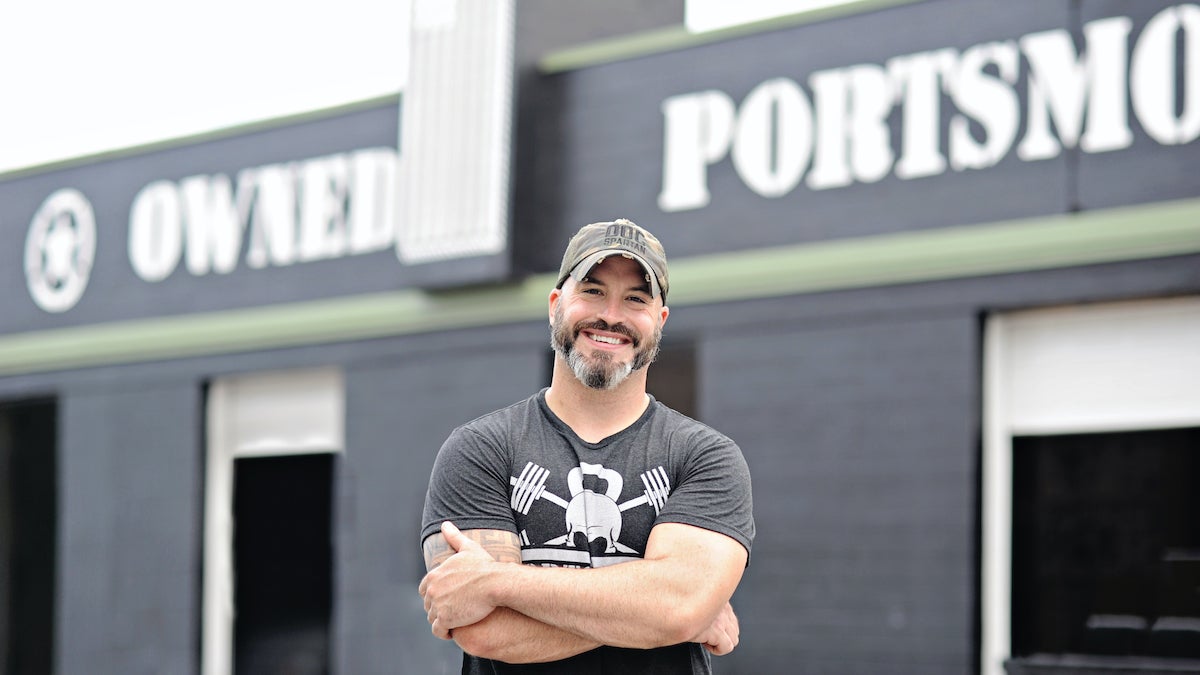 Dale King is an Army veteran and cofounder of Doc Spartan – an all-natural and American made skin care company. He’s not just supporting the economy of a small town — King offers recovery support to veterans and others coming back from drug addiction.

After owning his CrossFit gym for 10 years, King approached a long-term member who made all natural products to ask if she’d create a first aid ointment. He explained that his members were always ripping their skin with weights or from rucking and he wanted an in-house solution. “We started to get great feedback from the members immediately. So, we sketched out a napkin agreement in the kitchen and a year later we were filming an episode with Shark Tank,” King said with a laugh.

Doc Spartan products are handcrafted in small batches, with all natural ingredients. King and his co-founder had a lot of success thanks to the show but it was really important for him to support his local community and bring them along on the ride. “We are located in one of the worst drug addicted and economically depressed areas in Ohio. When we were on Shark Tank, we wanted to show them you could own a successful business in a small town,” he explained.

King’s hometown had become an epicenter for the opioid crisis. He shared that one of the original doctors who was part of the pain pill mills was prescribing the drugs right down the street from his gym. When the crackdown began on opioid prescriptions in 2010, heroin flooded the streets – causing the addiction and overdose rates to climb at alarming rates.

“You need to find that something in your heart that sets you on fire,” King shared. That’s what the military and deployments taught us – life is short, we don’t have a whole lot of time. So, we might as well use the time we have to make our own neighborhoods a little better.” With that in mind, they dove in to try to make a difference.

Through the gym, King was given the opportunity to provide CrossFit classes for patients at a treatment center. This gave them all an opportunity to get to know the people and their stories. “There was this one guy who had finished the program but had nowhere to go, so he checked himself into a homeless shelter,” King said. This didn’t sit right with him or the other trainers, so they told the guy to come back the next day and they’d find something for him to do.

King gave him odd jobs to do and allowed him to work out at the gym for free. When he needed someone part-time for Doc Spartan, he trained him on how to do the orders and ship the products. “He really took to that. He was the first example of how long-term recovery is more than 90 days of treatment. It’s like basic training, that doesn’t make you a soldier – you need the advanced training for that,” King explained.

One guy became two. Eventually, the entire workforce of Doc Spartan was filled with individuals who were in recovery. “It’s a very fulfilling and rewarding thing,” King said of creating the program. “They need a safe place, to be around safe people and they need a new purpose in life. In our position, they earn their recovery through working out. Then we give them an opportunity to earn a paycheck to earn their way back into society.”

Asked if he felt his time in service has had an impact on who he’s become and how he approaches life, he was quick to say yes. “Any success I have is from the time and lessons I learned in the military. I wouldn’t be who I am today without serving, there’s no doubt,” King said. “It gives you perspective. A valid lesson in what is really important in life. From sacrifice, time and the fragility of life. That’s what it teaches you.”

The mission of Doc Spartan is to help heal the local economy and community, while creating quality American-made products for everyone. The company follows a process that King learned while deployed to Iraq for two tours during his time in the Army: Foreign Internal Defense. They train, develop, mentor and fight alongside those in recovery – just like he did with the allies overseas.

Doc Spartan plans to continue to be a vital resource in recovery and hopes to be a recognizable brand, everywhere. “The long term vision and how we can make the most impact is to land ourselves in a retail store. We have to take our time and scale up. We’d love to grow, the more we grow – the more opportunities we can provide,” King shared. It isn’t easy, but King and his team at Doc Spartan are making a difference – one life at a time.

To learn more about Doc Spartan, its mission and to purchase their quality American made skin care products – click here.