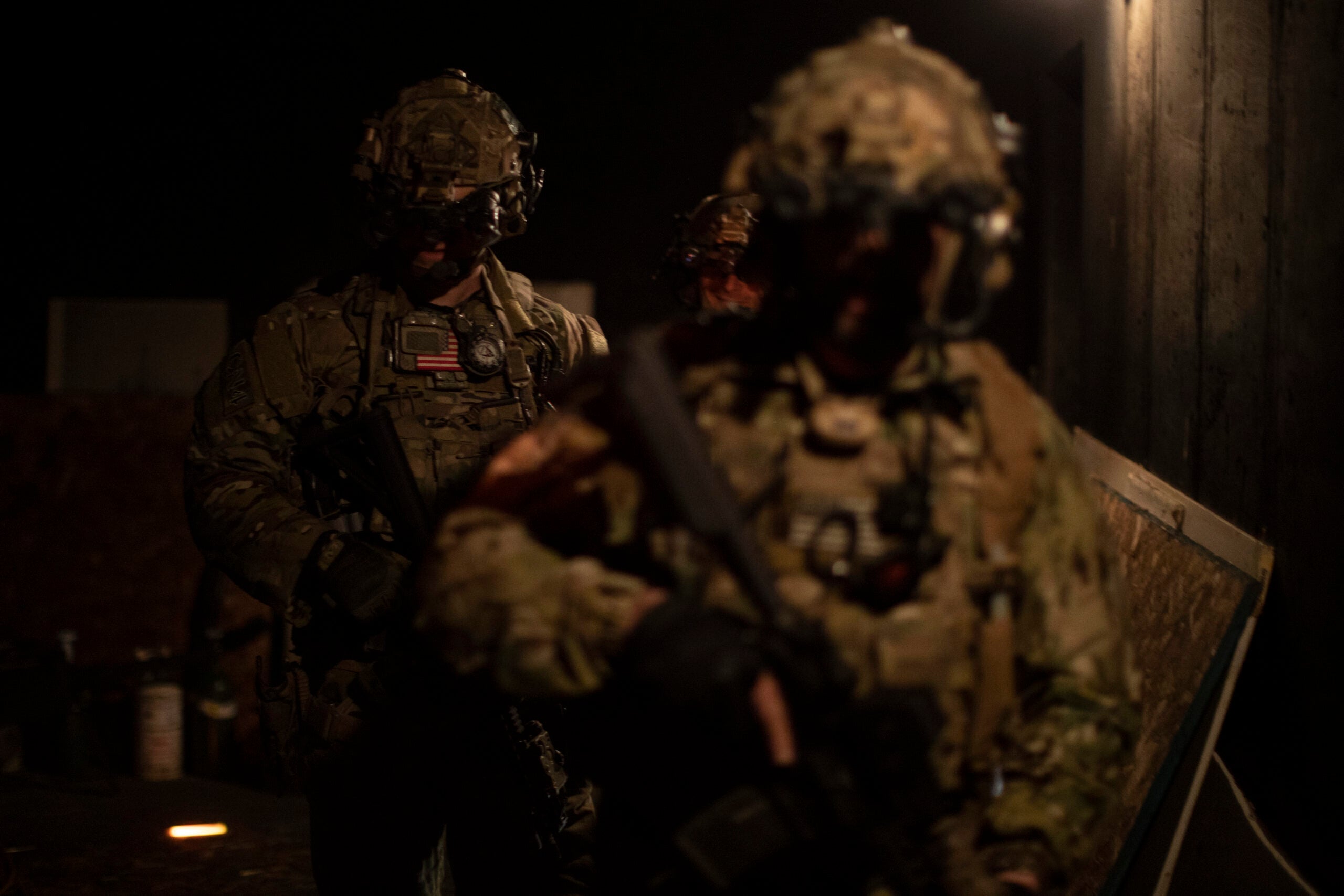 Modern problems require modern solutions. One of the biggest modern problems, if one were to ask the Defense Advanced Research Projects Agency (DARPA), is that buildings are getting a little bit too high. What do military forces, SWAT teams and first responders do when they absolutely need to be on a building’s roof but can’t get there because it’s so high?

DARPA’s circus-inspired answer: human cannonballs and a 13-foot tall launcher that will put an operator on a five-story building in seconds.

In 2006, DARPA filed a patent for a device that answers that exact question. The device is designed to literally launch a human being onto the roofs of buildings that are too tall to be easily accessible, assuming that things like helicopters and stairs can’t be used.

According to DARPA’s actual patent application, it’s “a controllable launcher for propelling a payload through a predictable and repeatable trajectory to a desired height. The launcher has an energy source for propelling a carriage and a piston in substantially opposing directions and a controller for controlling the trajectory of the propelled payload to enable the payload to land gently at a safe impact distance from the edge of a destination structure”

That might be a mouthful, but don’t think of DARPA’s new invention as an actual human cannon, complete with a rifled barrel and explosive charge to launch an operator like the circus launches clowns and daredevils. That would be absurd.

DARPA even says in its patent application that “Circuses have amused crowds by shooting performers out of cannons. For recreational enjoyment, certain traditional devices for launching subjects catapult subjects to experience a free-fall sensation,” but notes that “most of these designs have unpredictable and uncontrollable trajectories and/or cannot be immediately reset and reused.”

The defense agency created  a rail-mounted chair, with the chair facing the adjustable rail system. A main rail could be moved to aim the catapult for targeting angles up to 80 degrees. Once in the chair and aimed for its target roof, the compressed air-powered slingshot would launch the chair and its occupant clear of the rails and (hopefully) onto a rooftop.

Think of a pilot’s ejection seat attached to the catapult on an aircraft carrier, except it’s angled upward and a human is plotting the trajectory of another human’s path to touching the sky.

The device itself is incredibly detailed, and includes possible future additions to the launcher itself. There are proposals for computer control, feedback mechanisms, and valve pneumatics. What it doesn’t have is any kind of control or thought to what happens to its human ammunition once they come hurtling back to Earth.

If compressed air wasn’t going to cut it, DARPA also offered the possibility of powering the human cannon with a pneumatic system, giant springs, elastic cords, hydraulic fluid, and even electromagnetics.

The most important aspect of the human launcher is that the “launcher may advantageously be recycled in a short time in preparation for a subsequent launch.”

For those worried about the safety of the human ammunition, don’t – at least don’t worry about what being launched will do to them. After calculating the trajectory based on the subject’s weight, the force of the launch is parallel to the human spine, which means a lower likelihood of head and spine injuries.