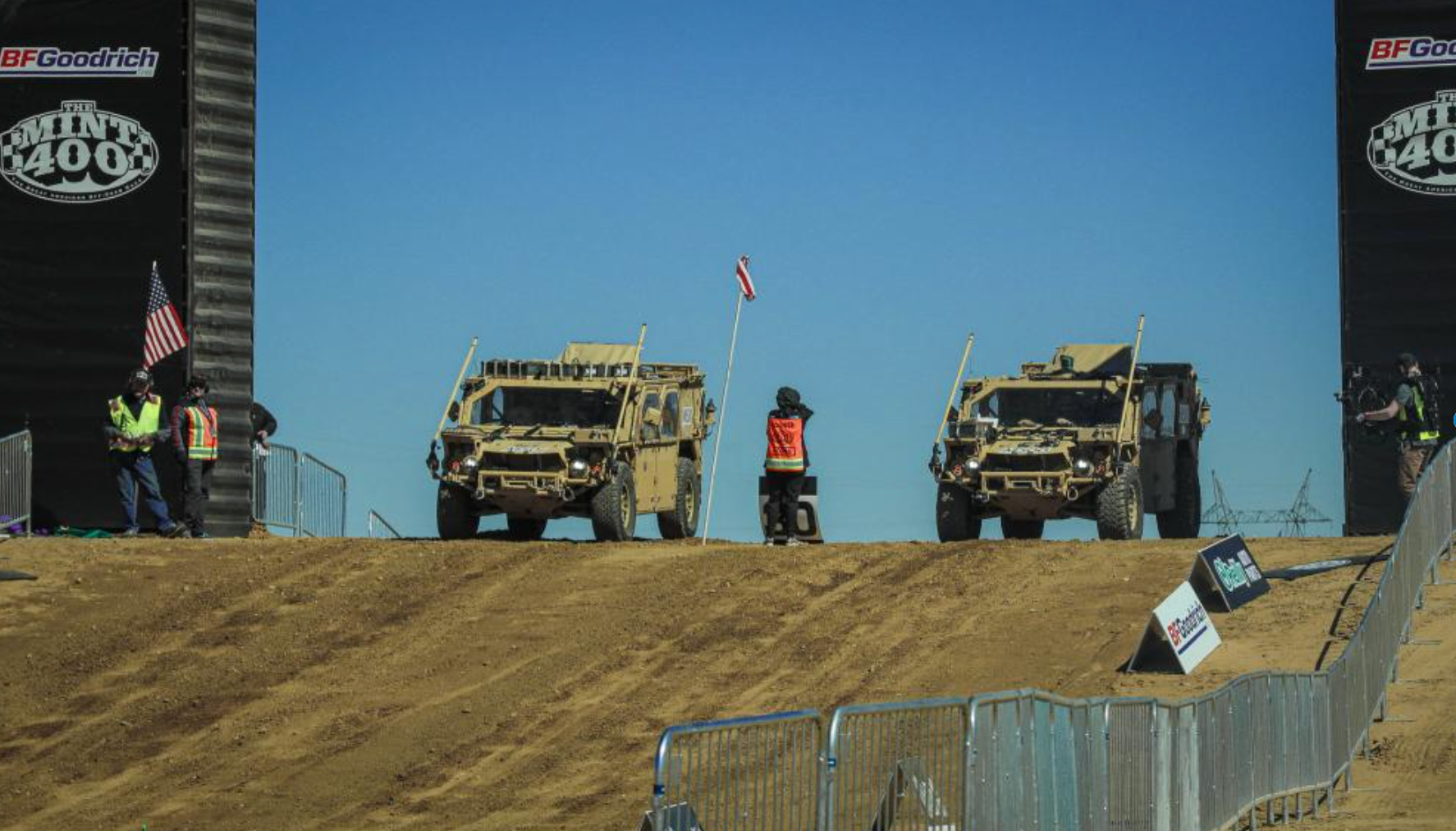 Held annually in March, the Mint 400 is the oldest and most prestigious off-road race in the country. Hosted in the foothills of Las Vegas, the event features a vehicle parade down the iconic Vegas Strip, a two-day festival on the historic Fremont Street, and two days of unforgiving off-road racing on a 400-mile desert course in Primm, Nevada. To even finish the race requires top-notch drivers in purpose-built vehicles. So, naturally, the Army’s 5th Special Forces Group (Airborne) took part.

The Mint 400 is usually raced by tricked out trucks and dune buggies. However, the Green Berets brought two of their M1288 Ground Mobility Vehicle 1.1s. Based on the General Dynamics Flyer 72, SOCOM acquired the GMV 1.1 to replace its older Humvee-based GMV in 2013. “The annual American desert off-road race offers a unique venue for Green Berets to test their test long-distance desert mobility,” said the 5th SFG(A) Public Affairs Office in a press release. The desert tan military vehicles certainly stood out on the strip during the parade.

The Mint 400 also gave 5th SFG(A) the opportunity to show the GMV 1.1 and demonstrate its capabilities to the public. Once tours were given and questions were answered, it was time to take to the dirt and race. 5th SFG(A) first participated in the 2020 Mint 400. “We are excited to see how we compete and see where we stack up with the industry professionals that are here,” said Operational Detachment Alpha commander Capt. Eric in a 2020 Army press release. “We have these vehicles loaded out how we would have them for combat and we’re excited to push their limits and see what they’re capable of.” While the GMV 1.1 is certainly a tough truck, it’s not a race vehicle like other Mint 400 competitors.

In 2020, 5th SFG(A) completed just two laps, but not because of poor performance. Rather, the Green Berets spent much of the race rescuing stuck drivers and towing other vehicles back to the pits. For their display of honor and sportsmanship, the team received an honorary finish award. For 2022, both 5th SFG(A) vehicles completed two laps again before crossing the finish line in the evening. Competing in their own Modern Military class, the Green Berets celebrated their Mint 400 Finisher medals by popping a bottle of champagne.