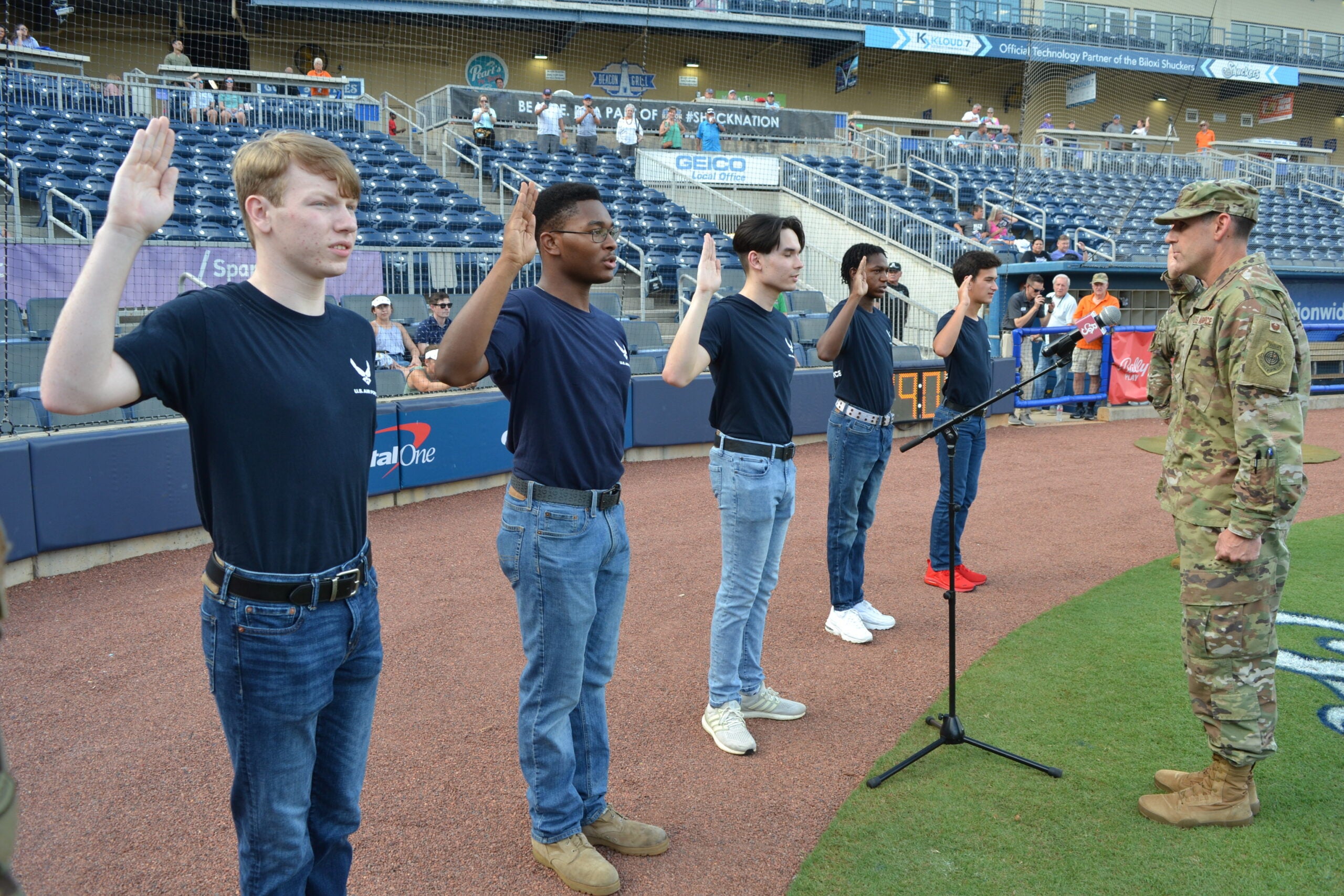 Joining the military is a noble endeavor. The reasons for serving vary quite a bit. Many hold romantic notions of patriotism: “I just wanted to serve my country.” Others are unashamed adventurers who will tell you, “I wanted to get paid to blow stuff up, or to jump out of perfectly good airplanes.” Some enlist to reinvent themselves and create a new life. Military planners at the highest echelons within the Department of Defense conduct thorough research to determine motivations for joining the military, which shapes the recruiting effort. They generally get it wrong. It order to “do them a solid” I’m going to grant them some insight and let them know the real reason you joined the military.

We don’t call them nicknames in the military, we use the much more professional sounding term: “call signs.” It’s the same thing but seems more mature. Boys become aware of this aspect of military culture when they are about 8 years old. The animated series G.I. Joe had characters such as Duke, Flint, Shipwreck and Gung Ho. Actions movies from the 1980s had characters such as Maverick, Goose and Lone Wolf McQuade. What may have started out as a juvenile fascination was confirmed in adulthood. After joining the military and learning of the many colorful characters in our history we discover Chesty Puller, Pappy Boyington, and Manila John Basilone. Not everyone who enlists ends up in receipt of a moniker; but a significant number of the ones who do decide to reenlist.

Patches have always been cool. Bikers and hard rock bands think so, too. Just as with nicknames/call signs, little boys see patches on a military uniform and are mesmerized with them. They aren’t able to interpret them yet, but they understand the accumulation somehow tell a story. The obvious ones denote rank and years of service. Others reflect specialized training or skills. Then, there are the various unit patches that usually have some sort of mascot and motto. Once joining the ranks and developing a form of literacy, you can navigate the vast array of patches. You take even greater pride in wearing a part of your story on your service coat. Once you become a vet or old retiree you will sport some of these patches on your hat, backpack or jacket.

When you are on the outside, you imagine the military has all the best gear, gadgets and weaponry. It’s partially true. Depending on your MOS you may have access to all of that stuff. Before you joined though you were sure you would at least have your own machine gun, night vision goggles, a radio that fits inside your ear…and a Zippo lighter. Of course you will be attired in a cool looking camouflage uniform with an olive drab or coyote tan shemagh framing your unshaven face. In fact you will have multiple weapons and a whole squad of your buddies around. Guys with names like Shark, Condor and Reaper. All of your eyes will be blacked out in the photos and your patches blurred.

Patriotism? Money for college? Technical skills? Nah. It basically boils down to bragging rights. You will have to earn it for sure, but once you complete the challenge and take all that Uncle Sam dishes out, you will have done something significant. You will be proud of yourself and others will be envious of you, those who didn’t have the courage to face what you did. People like that guy who stole your girlfriend in high school…

Let’s face it, almost everyone you met in the military either came from “the middle of nowhere” or were an anonymous face amidst urban sprawl. A primary reason we joined was the travel and adventure. Now, as C.S. Lewis said, “Adventures are never fun while you are having them,” but you will have them. Some of them won’t be appreciated until they are well in the rear view mirror. The military will send you places you otherwise would not have gone. Yes, some of those places will suck, but others will be amazing. A lot of that depends on the perspective you choose. Either way you will get out of your comfort zone and the environment in which you grew up. For some, they only appreciate home after having left it. Many of us put on the uniform so we can at least say we did something. We looked with empathy upon those older folks who regret never chasing their dreams. In our youth we didn’t have it all figured out, but we stepped out into the great unknown to test ourselves.

Most will never admit it, but these are the real reasons you joined the military. It may not seem noble, or even practical, but there it is. Those principles exist; they simply were not the driving factors. If you are reading this and are an official in the DoD analyzing recruiting challenges, send me a check. I just saved you thousands of dollars in research.