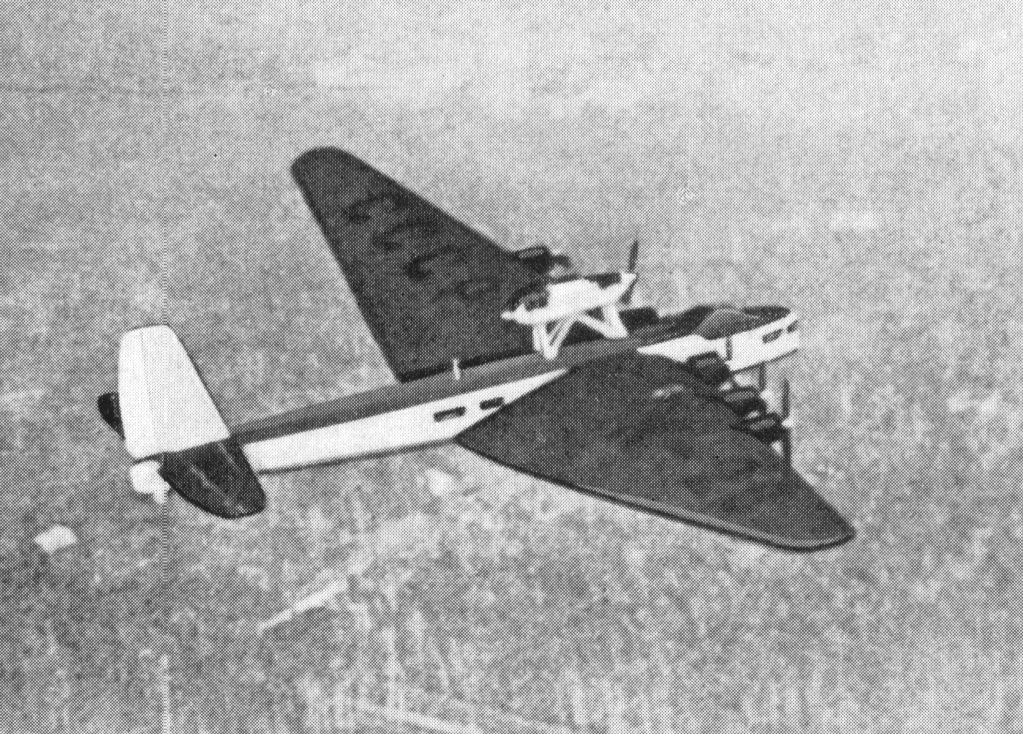 The Soviet-built Tupolev ANT-20 – also known as the Maxim Gorky – was the largest aircraft in the world while it flew. First taking off in 1934, it was an eight-engine flying machine the size of a Boeing 747 at a time when companies were still producing biplanes. It was also both a literal and figurative propaganda machine.

The ANT-20 was designed by the legendary Soviet aeronautical engineer Andrei Tupolev, based on the all-metal designs of another legend in the name of aircraft design, Hugo Junkers. The Soviet Union nicknamed it “Maxim Gorky” in honor of the 40th anniversary of the author’s work.

In the 1930s, the Soviet Union was still a young country though it had high hopes for the future. Premier Joseph Stalin was firmly entrenched in power in Moscow by this time and the USSR itself was undergoing a massive plan of forced, rapid industrialization.

These advancements came at a price, with the government seizing grain harvests to pay for the work of upgrading the country. People were dying by the millions in collectivized farms, forced relocations, famines and the now-infamous Soviet gulag system. But outside of the USSR, the hunger was downplayed in the world press, and no one outside of the country knew what was really happening.

With this in mind, Stalin wanted to take the disinformation and propaganda campaign further while showing off the progress being made by the country’s scientists and military. Aviation was a natural arena for this effort. The ANT-20 was built at a time when people worldwide were crazy about achievements in the air made by people like Charles Lindbergh and Amelia Earhart, or for stories about breaking aviation records.

The Maxim Gorky was the Soviet Union’s self-aggrandizing answer to a world swept up in the love of aircraft, and Stalin was the grandfather of the Soviet aviation industry. The enormous plane was made just for propaganda purposes and even carried its own printing press aboard the plane.

The Soviets’ plan was to fly the massive machine around the USSR as a victory lap for the achievements made by the country’s communist state.

Plans called for propaganda statements created aboard the Maxim Gorky to be transmitted to news agencies in a way that we would recognize today as almost Twitter-like. The Soviets also wanted to be able to project messages onto clouds as the plane pumped out 10,000 copies of any newspaper it might want to print. It wouldn’t be limited to messages projected onto the clouds, either. It could show reels of films as it flew from a projection room in the fuselage.

On top of written and visual messaging, the plane also had the capability of playing music and news broadcasts to the populations below, for nearly four square miles.

The plan to spread the Soviet Union’s message through this monster of an aircraft worked like a charm. It flew missions back and forth across the massive expanse of land controlled by the USSR. It even visited far-flung areas of the country, and people wanted to see it. They often waited for hours and days in the freezing cold just to get a glimpse of the ANT-20.

For a population of people that were – just 20 years or so prior – serfs tied to the land, the Maxim Gorky was proof that the new communist government was bringing progress to the people of such a massive yet backward country.