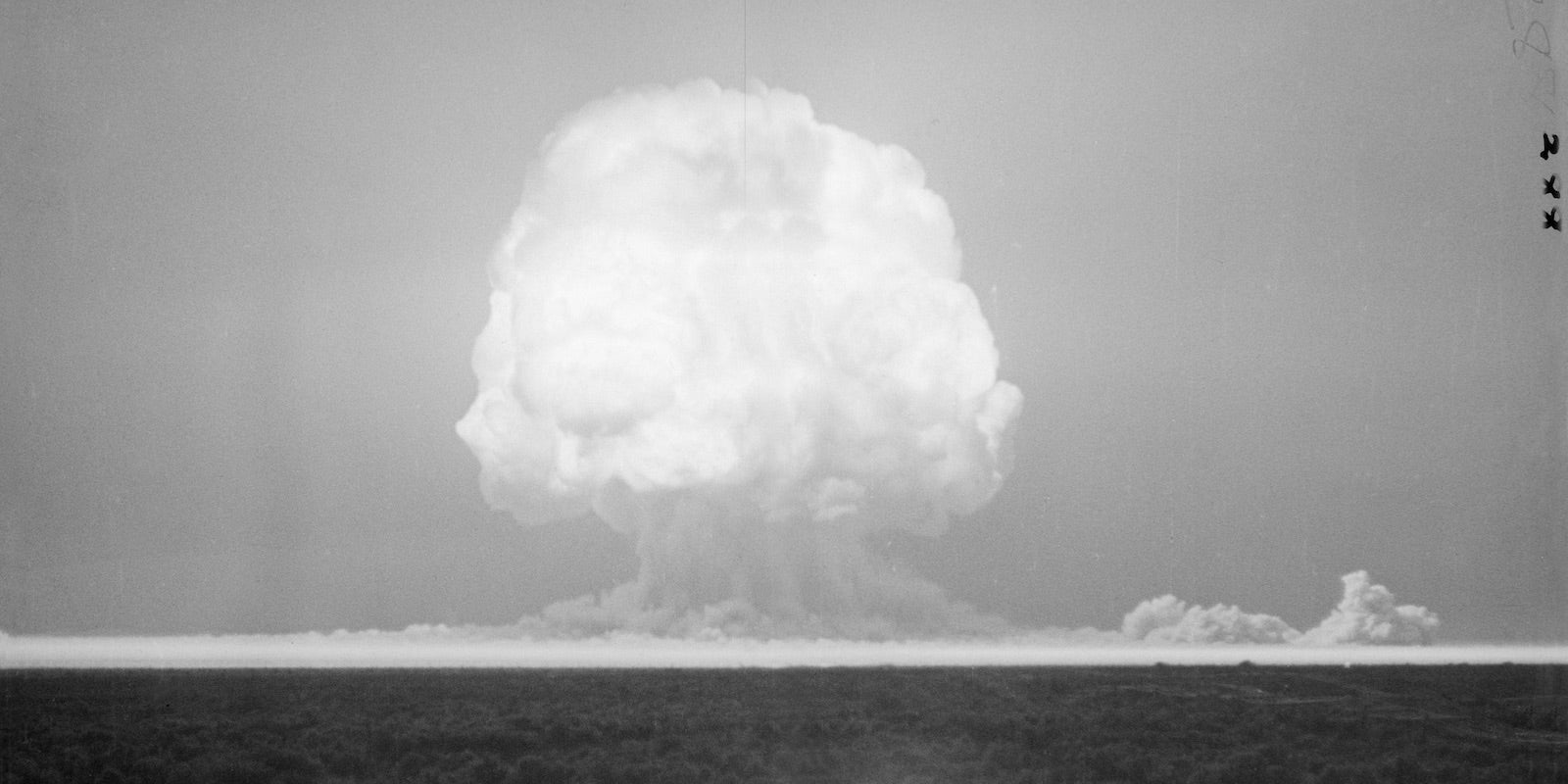 In the 1960s, California highway planners were figuring out how to bypass Route 66 with a new alignment of Interstate 40. Their problem was a mountain range in the Bristols. Their solution was nuclear bombs.

Named Operation Carryall, California planned to use 22 nuclear devices to level the mountain range. The Atomic Energy Commission’s 1963 report to Congress detailed the plan. 11 miles north of the community of Amboy, a tourist destination along Route 66, a blast path would be laid through the Bristols. Engineers proposed boring 22 holes to bury the nukes along 10,940 feet of mountainside. Each hole would be 36 inches wide, 343 to 783 feet deep, and lined with corrugated metal.

The yields of the individual nukes ranged from 20 to 200 kilotons of TNT with a combined yield of 1,730 kilotons. Fat Man, the nuclear bomb dropped on Nagasaki, had a yield of 21 kilotons. Little Boy, the bomb dropped on Hiroshima, had a yield of 15 kilotons. Carryall called for an additional 100-kiloton device be detonated nearby. This explosion would create a drainage basin and prevent flash floods from the Orange Blossom Wash. At least the engineers were concerned with flooding. The planned blast would displace an estimated 68 million tons of earth. It would create a canyon with a maximum depth of about 350 feet through which two rail lines and eight lanes of traffic could be built.

Carryall and its nuclear detonations was scheduled for 1966 with the construction of I-40 beginning the following year. One might think that the resulting blast, nuclear fallout, and inevitable radioactive dust storm would have sunk the project quickly. Rather, Carryall was scrubbed due to the inability to run two test blasts before the main project could begin.

In the end, California highway officials grew impatient with the delays in the nuclear plan. Instead, the new highway was built through the Mojave Desert by traditional, non-nuclear, means. By 1973, I-40 linked Barstow and Needles. Thanks to the failure of Carryall, the desert remains radiation free.