The Czech Republic donated these iconic helicopter gunships to Ukraine 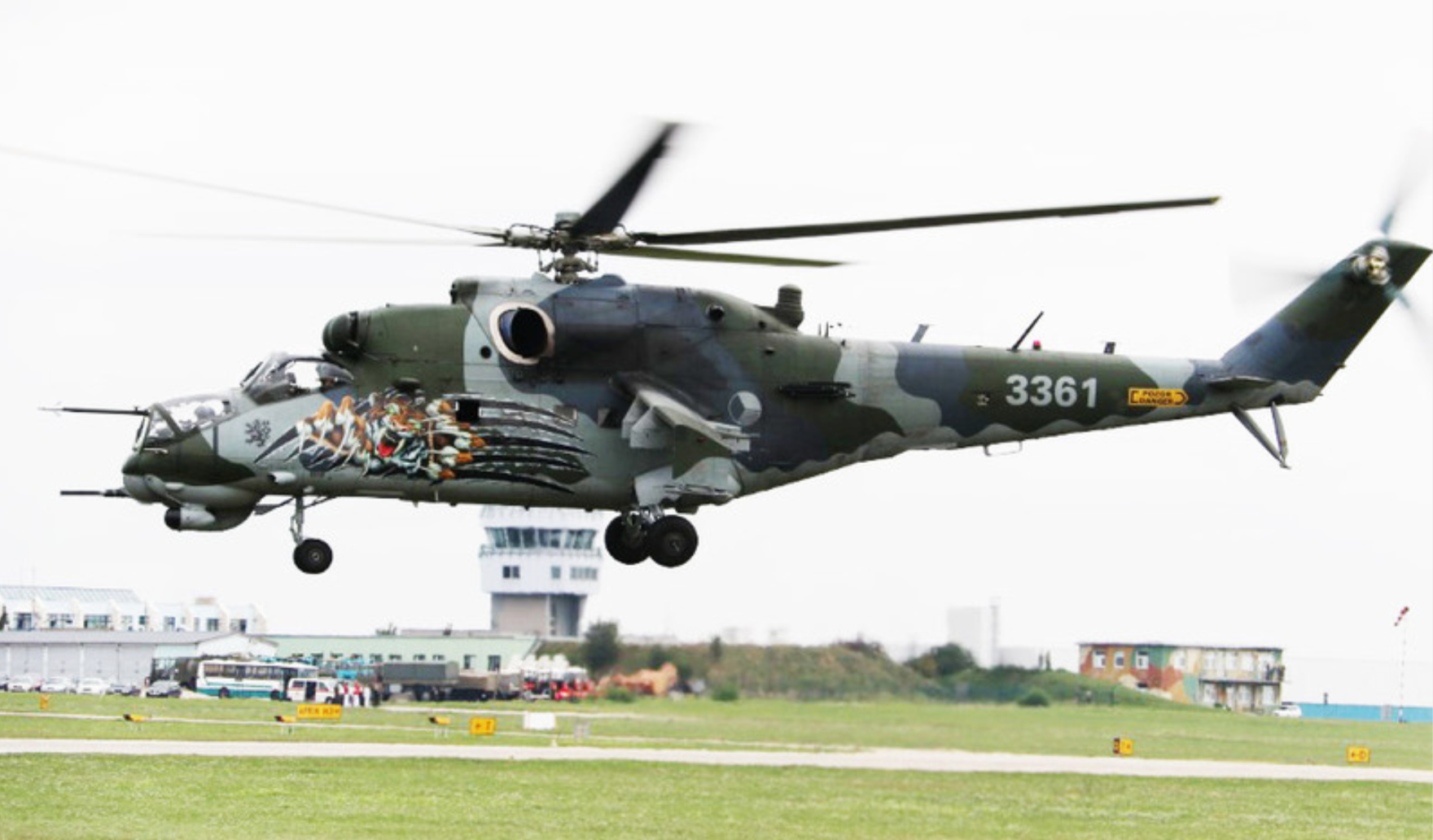 Since the February 2022 Russian invasion of Ukraine, free people from around the world have demonstrated their support for Ukraine with foreign aid ranging from hot meals and body armor to armored vehicles and anti-aircraft guns. Being a former Soviet state, Ukraine’s military is trained primarily on Soviet-era weapons and vehicles. As a result, donations of this sort of equipment is more readily usable for the Ukrainian armed forces. This makes the Czech Republic’s donation of Russian-built Hind helicopter gunships that much more valuable.

On May 23, 2022, Secretary of Defense Lloyd Austin held a press conference thanking allied nations for their military aid donations to Ukraine. “I’d also like to thank the Czech Republic for its substantial support, including a recent donation of attack helicopters, tanks, and rocket systems,” he said. Although Austin did not specifically identify the models of attack helicopters, the only aircraft of the type currently in Czech inventory is the Hind.

The Czech Air Force branch of the Army of the Czech Republic owns 17 Russian-built Hind helicopters. Seven are Mi-24 Hinds while a further ten are the Mi-35 Hind E derivative. Austin did not note which variants of the attack helicopter were donated to Ukraine or how many. However, the fact that the Hind is a helicopter that Ukrainian crews are already trained on means that they can be sent to the frontlines immediately upon receipt and supported with existing stockpiles of ammunition and parts. Ukrainian Hinds were reportedly used to strike an oil storage facility in Belgorod, Russia on April 1, 2022.

The Mil Mi-24 Hind is to Russia and the Soviet Union what the Apache is to the United States, appearing extensively in Cold War-era media like Rambo III and Red Dawn. Capable of carrying a wide array of guns, cannons, rockets, missiles, and even bombs, Soviet pilots referred to the aircraft as the “flying tank.” In addition to its attack capabilities, and unlike NATO gunships, the Hind can also ferry troops with its dedicated passenger compartment.

Although the Hind has proven vulnerable to ground fire in both the 2014 and 2022 Russo-Ukrainian Wars, the drawn-out nature of the latest conflict stresses the importance of accumulating equipment to replace battlefield losses. With continued support from the international community, Ukraine stands a much better chance at holding back a continued Russian offensive.