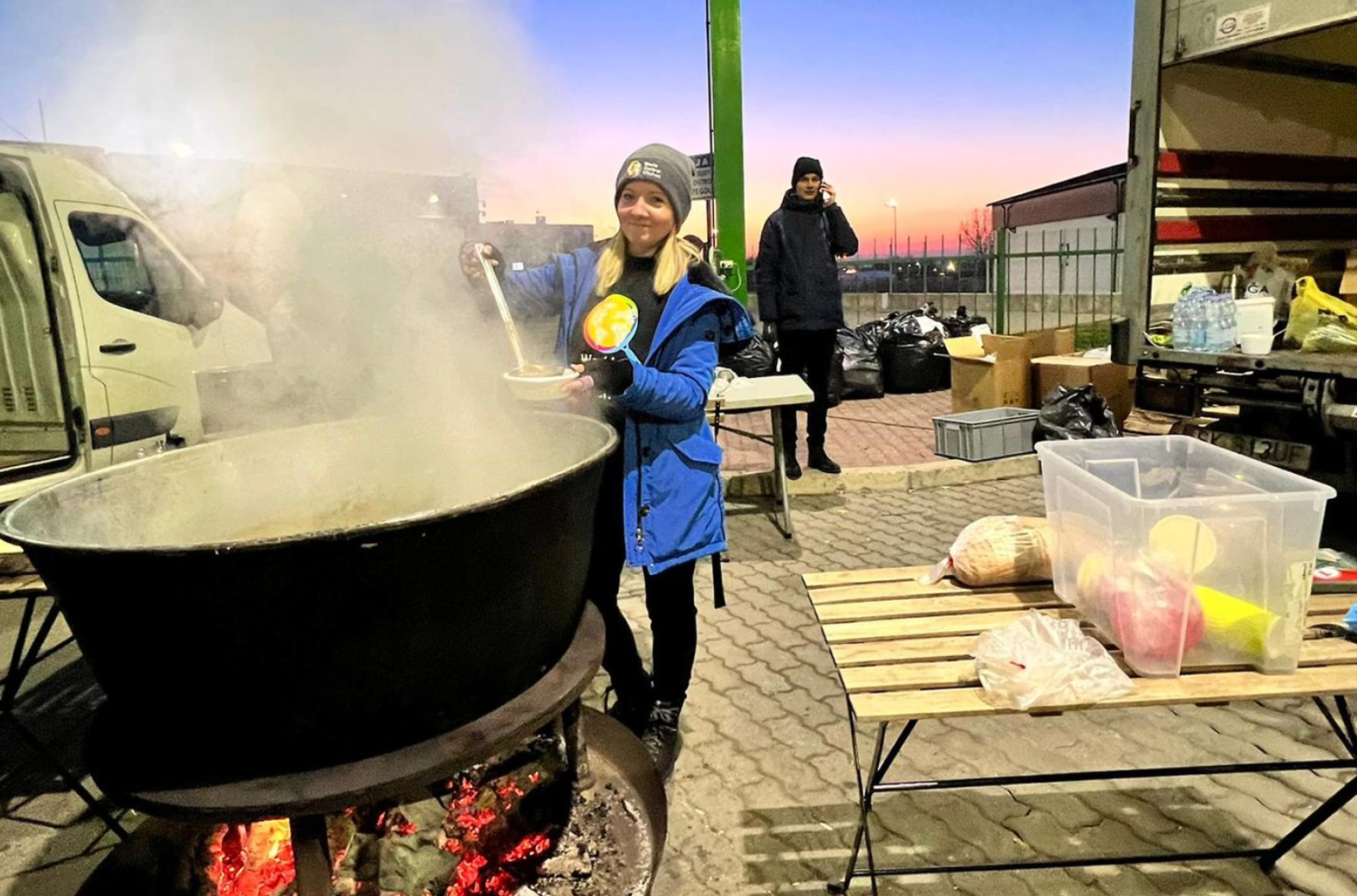 José Andrés is a chef, proprietor and co-founder of World Central Kitchen, a non-profit NGO that provides meals in the wake of natural disasters. Prior to his culinary career and immigration to America, Andrés served in the Spanish Navy. “My Spanish Navy days were very important for me as a young boy growing up in Spain,” he told West Point cadets during the US Military Academy’s sixth annual Zengerle Family Lecture in the Arts and Humanities in 2021. “We must train our troops to understand that adaptation, in the 21st century, will always win over a plan.”

Andrés brought his philosophy of adaptation with him to Ukraine following the Russian invasion of the country in February 2022. In less than two weeks of fighting, the United Nations reports that over 2 million Ukrainians have been displaced. To provide support for these refugees, Andrés and WCK set up along the border in Poland where many civilians are fleeing to. “Every day is so intense. Every hour keeps changing,” he told Yahoo Life. “It’s been only seven, eight, nine days [of conflict] and it seems this war has been going on forever, so we are very quick in adapting hour to hour.”

Andrés moved to America in 1990, became a citizen, and opened his first restaurant in Washington, D.C. in 1993. However, he was inspired to start WCK after he saw the humanitarian tragedy that resulted in the wake of Hurricane Katrina in 2005. “As I watched Katrina unfold and [watched] what happened at the Superdome, I was very upset with myself that I didn’t go on a plane or in a car,” he recalled. Since starting WCK in 2010, Andrés has helped bring meals to Haiti after the 2010 and 2021 earthquakes and Puerto Rico following Hurricane Maria. In Puerto Rico, WCK was the first NGO on the ground and served nearly 4 million meals.

When the war in Ukraine began, WCK jumped into action again. “We began like we always do,” Andrés explained, noting that the team arrived in Poland within hours of the Russian invasion. “We arrived with a small group and this group began doubling every single day. We began doing a few thousand meals — and the number of meals began doubling down every day.” In fact, the team has expanded operations into Romania, Moldova, Hungary, Slovakia, and even into Ukraine itself. “We’ve been feeding within Kyiv. We’ve been feeding in Odesa. We’ve been feeding in cities that right now are under siege,” Andrés said. “I think the last report I got from my team today is that we are already in the north of 150,000 meals a day.”

As a non-profit, WCK relies on the kindness of volunteers to prepare and distribute these thousands of meals. “Small NGOs, firefighters, churches all across Poland, groups of friends, nurses, doctors, psychologists, teachers, students, everybody in Poland and in every other country too,” Andrés said. “They left everything and they put themselves at the service of providing aid to every man and woman living in Ukraine. They don’t care about recognition. They are people that are doing whatever they can, 24-7. And this is what I love about humanity.”

With the war in Ukraine and the subsequent humanitarian disaster continuing to grow, the selfless service displayed by Andrés and the WCK volunteers shines as a light of hope at a time when the world appears to drift into darkness.