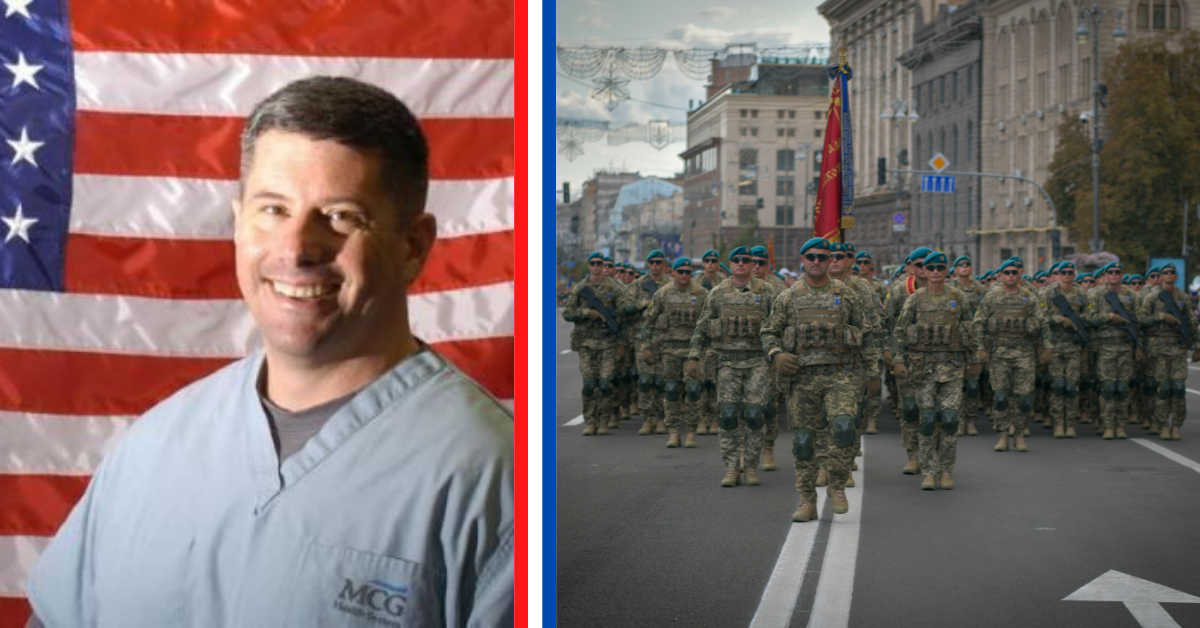 In 2004, Naval surgeon Dr. Richard Jadick volunteered to deploy into Iraq with 1st Battalion 8th Marine Regiment at the front of the line and right into the thick of the combat. Almost 20 years later, he was back in harms way. This time, for Ukraine.

It’s been a month since Russia began its attack on Ukraine. According to The Office of the UN High Commissioner for Human Rights and NPR, over 900 civilians have been killed. Although Save Our Allies began as a mission to rescue Afghanistan allies as troops drew down from the war-torn country – they were all in to support rescue efforts in Ukraine, too.

Jadick was teaching a course in Tennessee when he received a call from the organization to assist in the evacuation and rescue missions of Ukrainians. A week later – he landed in Poland when FOX News correspondent, Benjamin Hall, was shot by Russian incoming fire just outside of Kyiv.

Just days earlier –  two of his FOX News colleagues had been killed by Russian forces. It was a race against time to save Hall’s life. Jadick was interviewed by Martha MacCallum on FOX News where he detailed the extraordinary rescue.

“I went upstairs and saw Ben,” Jadick recalled during his interview on The Story. “I said, ‘Ben, you don’t know me. I’m Rich Jadick. I’m a physician. I’m here to get you out.’ And he said, ‘When do you want to go?’ I said we’ll get ready in 20 minutes, we’re going to get you packaged up and we’re going to figure out a way to get you out of here.”

He credits Save Our Allies with the ability to “be in the right place at the right time,” effectively saving the life of the critically wounded FOX News correspondent. “We worked hard at putting together the right scenario to get him out safely,” he explained in the interview. “Save Our Allies are the ones who had us in the right position to be able to do for Ben what he needed, which is a safe, easy recovery.”

Jadick is considered one of the most decorated military doctors to have served in Iraq and received a Bronze Star for his brave actions during the Battle of Fallujah.

To exfil Hall from the combat zone, Save Our Allies worked with the Pentagon and Defense Secretary, Lloyd Austin, along with the Polish and Ukrainian militaries. The boots on the ground effort was led by a “special operations and intelligence veteran,” the team at Save Our Allies reported.

On March 24, 2022 Hall was transferred from Landstuhl Regional Medical Center in Germany to Brooke Army Medical Center in Texas. FOX News has confirmed he has undergone multiple surgeries and remains in good spirits, despite all he’s endured.

It is estimated that five journalists have been killed since Russia began its attack and war on Ukraine. Their loss is a reminder of the extraordinary risks they take to provide critical information to the world.