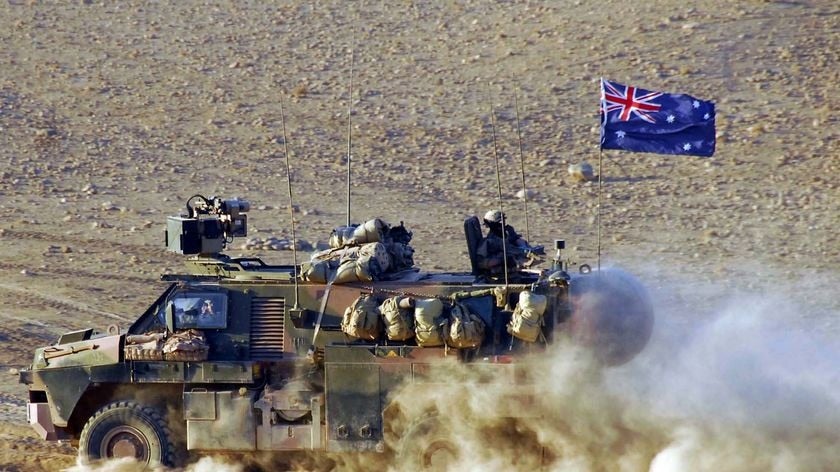 Since the Russian invasion of Ukraine in February 2022, Ukrainian President Volodymyr Zelenskyy has pleaded with the international community to support his country’s fight for freedom. While his pleas have been answered with large donations of food and supplies for war refugees through humanitarian organizations on the ground, Zelenskyy maintains his requests for war material. Although the United States and many of its allies have sent arms and munitions to Ukraine, especially anti-tank and anti-aircraft weapons, the Ukrainian leader is adamant that the nation’s defenders need military vehicles, too.

Despite Poland’s willingness to transfer it’s fleet of MiG-29s, the only NATO fighter jets that Ukraine’s Air Force is trained to fly, the US government declined to facilitate the transfer. However, Zelenskyy’s appeal for armored vehicles has been answered by Australia. On March 31, Prime Minister Scott Morrison confirmed that Australian-made Bushmaster armored personnel carriers will be sent to Ukraine to join the fight against Russia.

The Bushmaster Protected Mobility Vehicle can carry up to nine soldiers and their equipment, fuel, and supplies for three days. It uses a v-shaped hull to deflect the blast from landmines or IEDs away from the vehicle and its occupants. Moreover, the Bushmaster’s armor package can withstand 7.62mm ball ammunition, 81mm mortar fragments, and Claymore mines. An additional armor applique offers protection from 7.62mm armor-piercing ammunition.

With a road cruise speed of 62mph and a range of nearly 500 miles, the Bushmaster excels as an infantry mobility vehicle. It is also battle-proven having served in Iraq and Afghanistan with the Australian Army, the Royal Netherlands Army, and even the United Kingdom Special Forces. Retired Australian Army Major General Mick Ryan described the Bushmaster to ABC Australia as a “wonderful Australian-designed and built machine”.

In addition to its performance, the Bushmaster is a very easy vehicle to learn. “It would be very simple to train Ukrainians to use and maintain them,” Ryan said. Moreover, the Bushmaster is a versatile vehicle that can and has served as a personnel carrier, weapons platform, and even an ambulance. “They’ve saved Australian lives,” Ryan noted, “they would do the same for the Ukrainians.”