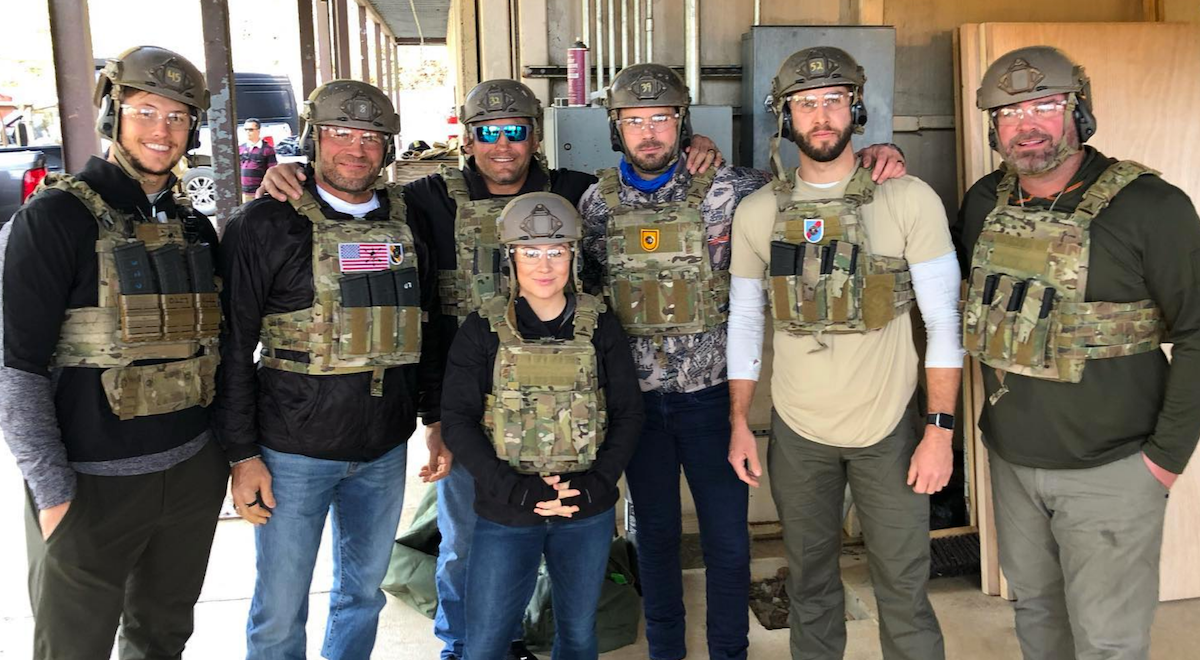 The inaugural Special Forces Charitable Trust Tactical Challenge saw each celeb team up with two Green Berets to run the gauntlet and ring some steel. Using a variety of decked-out Special Forces weapons from handguns to precision rifles, the celebs conducted a familiarization day on Wednesday before the competition itself on Thursday. “This is a one-of-a-kind, truly unique opportunity for teams from the U.S. Army Special Forces and the National Celebrity communities to unite and compete in precision marksman skills, tactical movement, and physical endurance,” the trust announced.

The Special Forces Charitable Trust is a 501(c)(3) charity that supports Green Berets, past and present, and their families. They organize family readiness retreats, award scholarships for Special Forces children and spouses, fund memorials and monuments, and provide financial support to the families of fallen soldiers.

The SFCT Tactical Challenge Competition will air on the Outdoor Channel in 2021. The air date is to be determined. Donations are made by joining a watch team on the SFCT website. Donations can be made in support of a particular celebrity team and will be used in direct support of the Special Forces community and food banks located in the Special Forces Group Headquarters local area. The donations are also 100% tax-deductible.

Although the challenge has yet to air, some of the celebrities that took part have given us a glimpse of the action to come on their respective social media platforms. “The past two days have been the most humbling and eye opening days ever,” Johnson East posted on Instagram. “Being able to work along side and be taught by the best there is has truly been an honor.” Johnson East started her charitable work with the Special Forces community 12 years ago by helping with Special Forces retreats.

Wicks, who currently leads in donations raised, had a similar experience working with the Army’s elite operators. “After spending 2 days with the #GreenBerets I’m completely humbled and very proud to be an American,” Wicks posted on Instagram. “Watching the best of the best do their thing and then getting the opportunity to learn from them was an experience of a lifetime.”

Be sure to follow the Special Forces Charitable Trust and watch out for the air date announcement of the Tactical Challenge competition. Donations can be made directly on their website.