Today in military history: Americans and Soviets unite against Germany - We Are The Mighty

Today in military history: Americans and Soviets unite against Germany 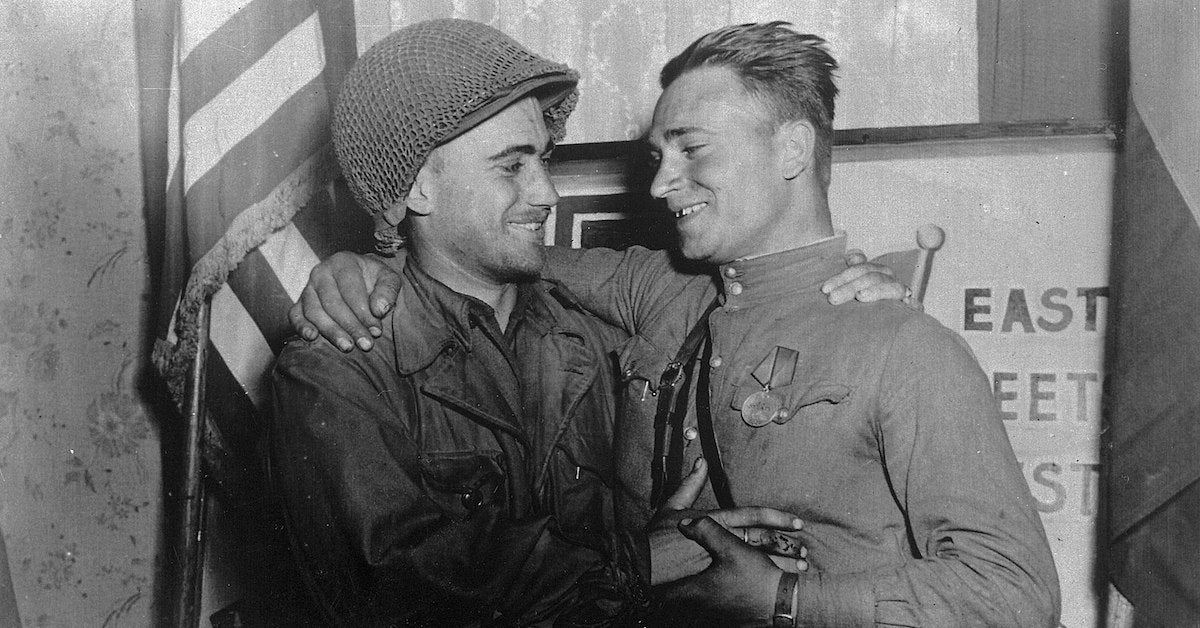 On April 25, 1945, Eight Russian armies linked up with the American troops on the western bank of the Elbe river. Germany was, for all intents and purposes, Allied territory. The end of fighting on the Eastern Front of World War II was in sight.

This event signaled the first contact between Soviet and American troops after years of fierce fighting. Both forces successfully cut through multiple Wehrmacht divisions and met in the middle of Torgau, Germany.

The Allied powers had effectively cut Germany in two.

By the 27th, the American and Soviet armies met for a photo op to reenact the meeting, and the Allied powers released statements in London, Moscow, and Washington, reassuring the world that the Third Reich was in its final days.

Although the date isn’t an official holiday, that doesn’t mean it isn’t celebrated. In 2015, 70 years after the original encounter, American and Soviet military units met up once again at the very site of the first meeting to reenact the historic event.

Featured Image: In an arranged photo commemorating the meeting of the Soviet and American armies, 2nd Lt. William Robertson (U.S. Army) and Lt. Alexander Silvashko (Red Army) stand facing one another with hands clasped and arms around each other’s shoulders. In the background are two flags and a poster. (National Archives image)