Today in military history: Soviet Union captures Romania - We Are The Mighty 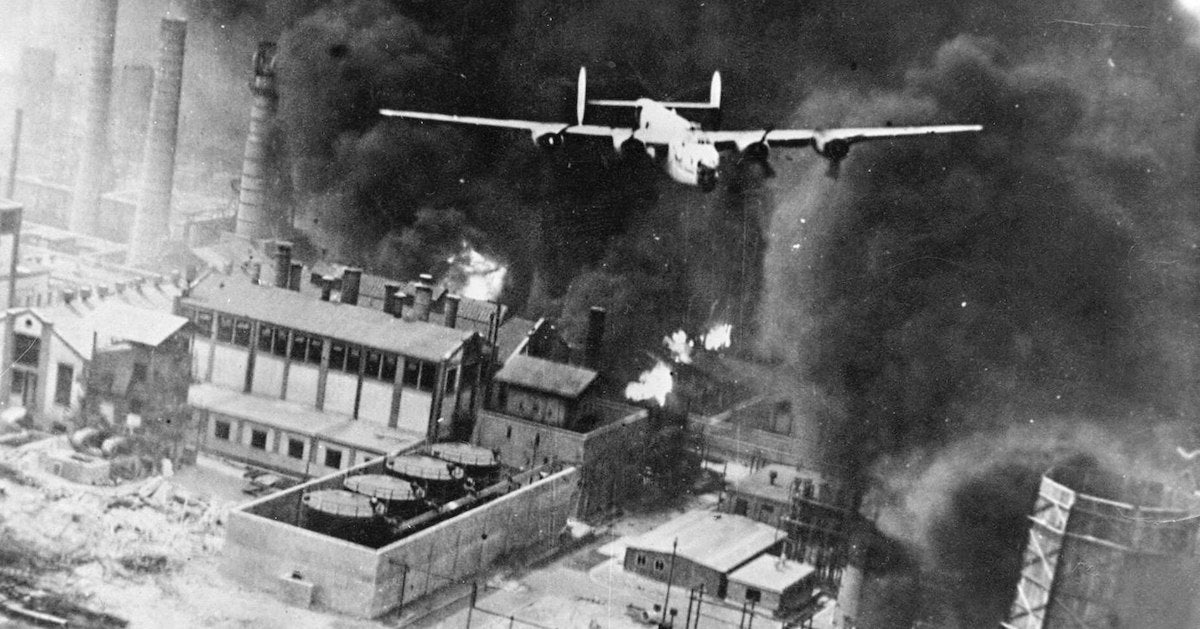 American B-24 Liberator flying over a burning oil refinery at Ploiești, as part of Operation Tidal Wave on Aug. 1, 1943. Due to its role as a major supplier of oil to the Axis, Romania was a prime target of Allied strategic bombing in 1943 and 1944.

On Aug. 22, 1944, the Soviet Union secured an armistice with Romania for the Allies.

In 1937, Romania’s king, Carol II, dissolved what became a fascist government not unlike that of Nazi Germany. In 1940, the Soviet Union co-opted control of two Romanian provinces, so the king turned to Nazi Germany to help level the playing field against the Russian bear.

On Nov. 23, 1940, Romania signed the Tripartite Pact and officially became an Axis “power” allied with Germany, Italy and Japan.

The Romanians wrested control of their territories from the Soviets with German help.

Eventually, the deposed king’s son would overthrow the Fascist regime and swing Romania to the Allied side. Caught between the Germans and the Soviets in 1944, King Michael, son of the late King Carol, decided to fight alongside the Soviet Union and declare war against a losing Germany.

Sadly for King Michael, the Soviets would force him to abdicate as they established a communist government in his place.