Today in military history: Berlin Airlift begins - We Are The Mighty 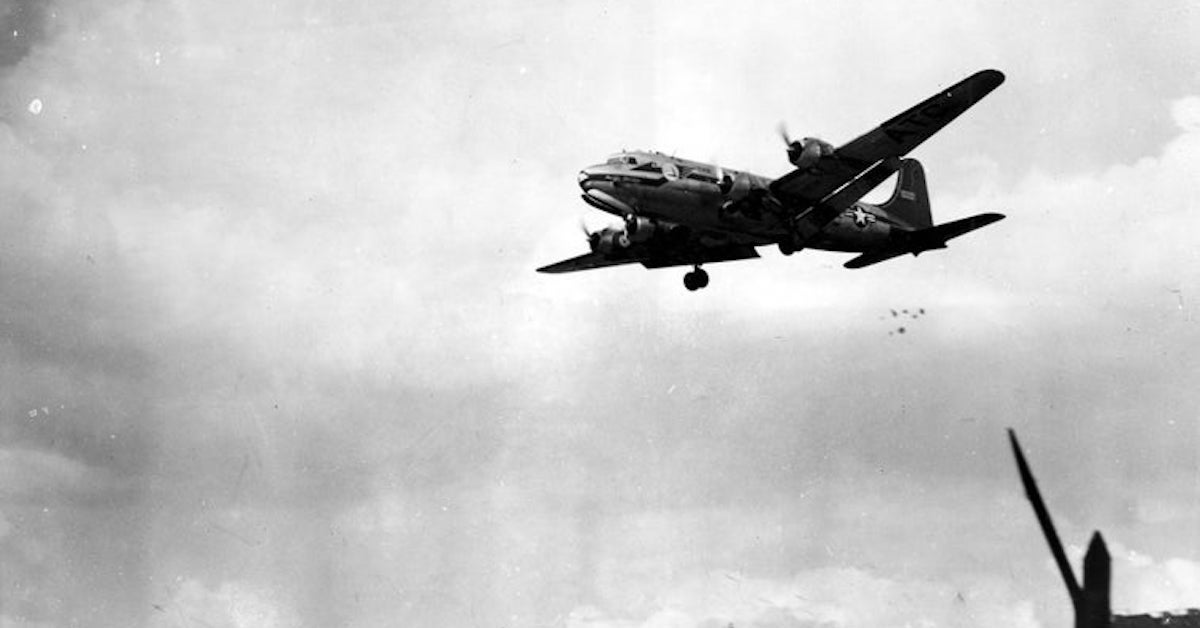 On June 26, 1948, the U.S. began the Berlin Airlift, one of the largest humanitarian relief missions in history.

After WWII, the German capital was divided with Soviet Russia controlling East Berlin and British, French and American Allies responsible for the west. The city was located more than 100 miles inside the Russian controlled portion of Germany. On June 24, 1948, the Russians implemented a blockade of West Berlin to prevent food and supplies, such as coal, from entering the town. The effort attempted to break the spirit of the West Berlin people to reject democracy and embrace communism.

From 1945 to 1948, rising tensions between the Soviet Union and other Allied powers led to problems in governing post-war Germany.

A plan created by the U.S., British, and French to introduce a new unit of currency ran into stiff Communist opposition, and the Soviets initiated a land blockade of West Berlin on June 24, 1948.

On June 26, a massive airlift was approved to fly over the blockade and land supplies at Tempelhof Airport. Initially, high costs and Soviet demonstrations in the city led some Americans to question the tactic, but pro-democracy demonstrations convinced America to continue. The U.S.-U.K. led operations landed over 270,000 flights carrying over 2 million tons of supplies during an 11-month period.

On May 12, 1949, the Soviets gave in and lifted the blockade, allowing the U.S. to claim victory.